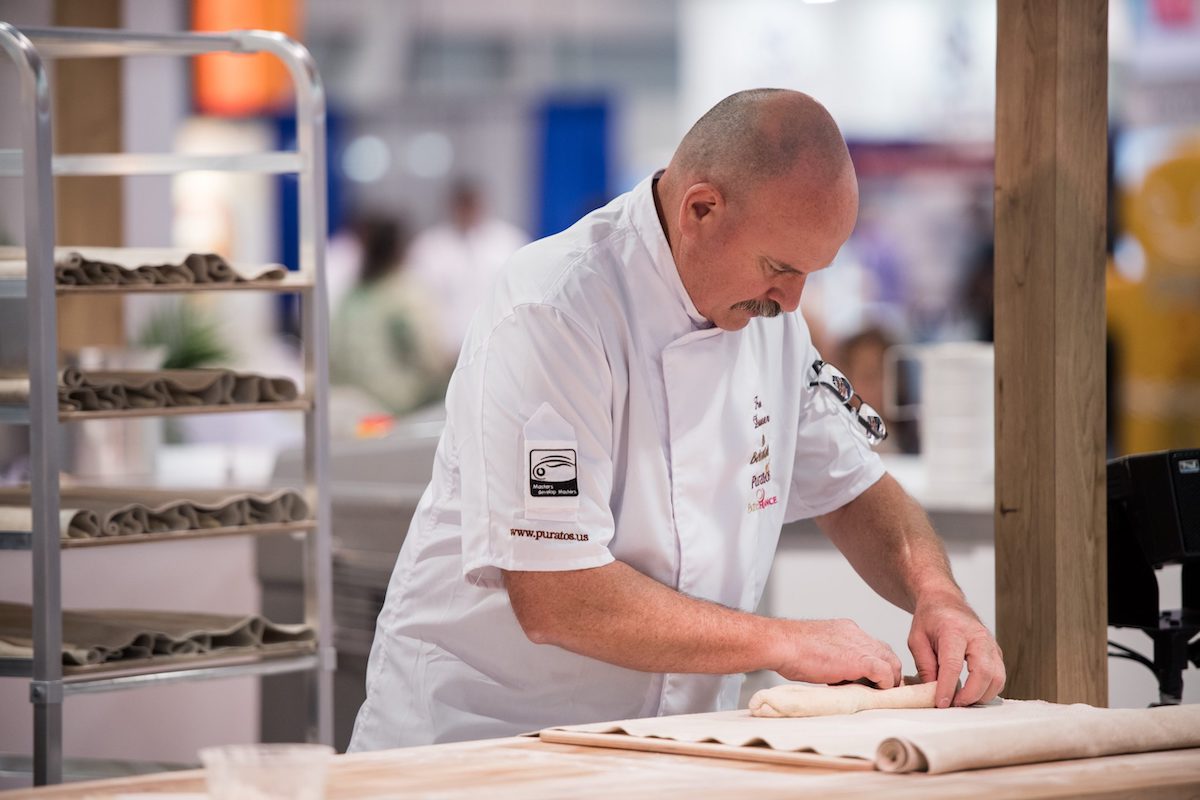 Related: From Rome with love: A crash course in authentic Roman pizza

Guy Frenkel of Céor in Santa Fe Springs, California, was declared the Overall Winner of the Tiptree World Bread Awards USA for his sourdough loaf—called Glorious Bastard—at the International Baking Industry Exposition (IBIE) this past week. IBIE is the nation’s leading celebration of the art of bread-baking and takes place every three years.

The Tiptree awards were presented on Tuesday, September 20, at IBIE, which is touted as the biggest baking convention in the western hemisphere and brings together the stars of the bread-baking world. This was the first year that IBIE hosted the Tiptree World Bread Awards since their inception.

Frenkel’s sourdough loaf won first place in the Sourdough category before scooping the top prize. It was an evening of great triumphs for Frenkel, the L.A.-based filmmaker turned bread-baker who has been described as “Hollywood’s wizard of bread.” He was also declared winner of the Burger Bun category and runner-up in three other categories: Bagel, Challah and Speciality Savory.

Bakers from across the nation were honored at the awards event, which celebrated a total of 15 different categories of bread. Notable winners ranged from Stephane Grattier of Boulangerie Christophe in Washington, D.C., winner of the Baguette category, to Sandeep Gyawali of Miche Bread in Austin, Texas, who topped the Wholewheat category.

Kalanty is the former executive bread baker for Le Cordon Bleu and is currently a product developer who works with Johnson & Wales University. He is the author of “How to Bake Bread” and “How to Bake More Bread.”

Related: Michael Kalanty and the art of sourdough creation

“The standard has been exceptional, and how fitting that these, the fifth USA Awards, have been held at IBIE,” said Stephen Hallam, chair of the judges. Hallam’s team of 23 judges came together from across the U.S., the UK and Europe and included Melissa Yanc of Quail & Condor Bakery in Healdsburg, California; Karl De Smedt, the Sourdough Librarian at Puratos’ Sourdough Library in Belgium; William Leaman, chef at Bakery Nouveau in Seattle; and Scotland-based Coinneach MacLeod, known as the Hebridean Baker.

Dennis Gunnel, president of Formost Fuji and the 2022 IBIE chair, congratulated this year’s award winners “for mastering the art of baking in their respective categories and creating exceptional loaves that delighted the judges.”