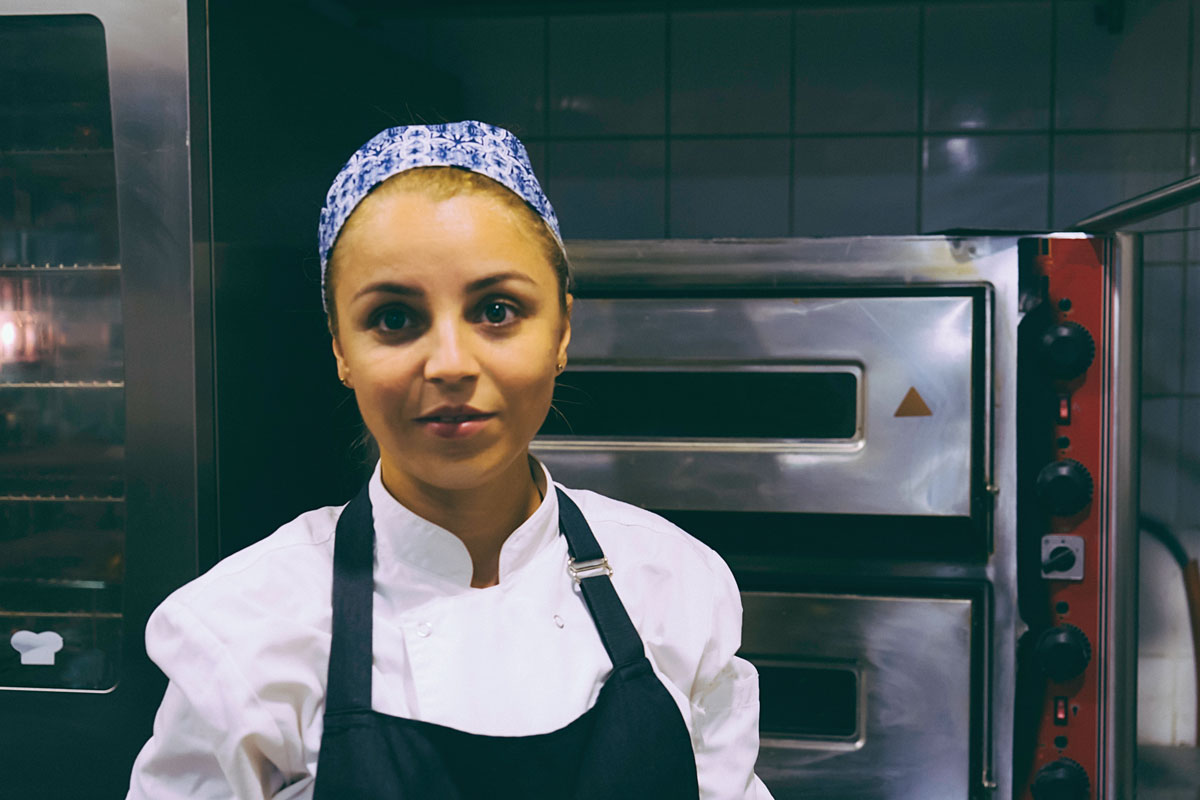 When you’ve landed on a reliable employee to assume the role of manager at your pizzeria, there are plenty of factors at play: how (and how much) to pay them, how to reward them for (or improve) their performance, and how to prevent the burnout and high turnover that plagues the hospitality industry. And, with the U.S. unemployment rate under 4%, it’s crucial to attract top-tier employees with a competitive package—while keeping your business profitable as costs continually rise. So how do successful owners do it? We checked in with chains, independents and franchises alike to uncover their approaches.

“Some owners want to keep managers at an hourly pay to avoid paying for insurance or time off, but salaried managers make our restaurants better by minimizing turnover.”
— Doug Doyle, Fired Pie

What’s a better compensation structure for managers: salary or hourly? Brian Weavel, owner of Anna’s Pizza & Pasta in Winnebago, Illinois, believes that two keys keep managers focused: respecting and listening to their ideas, and incentive-laced pay. “I would not recommend salaried at all,” Weavel says. First, he notes, salaries create a divide with owners, who can be perceived as working the manager as many hours as necessary without additional compensation. Second, managers may resent employees during heavy-volume weeks. “The manager might think, ‘What are you complaining about—at least you’re getting an hourly wage,’” Weavel explains. “To me, hourly pay with incentives works best.”

On the other hand, Doug Doyle, co-founder of Phoenix-based Fired Pie, believes salaried managers reap more incentives than hourly ones. At each of its 21 company-owned locations, Fired Pie has one salaried general manager on staff, backed by three to four supervisors on hourly pay. This structure, he says, spurs supervisors to rise up the ranks to salaries, while managers (who clock an average of 45 hours per week) take more ownership at the pizzeria. “Some owners want to keep managers at an hourly pay to avoid paying for insurance or time off, but salaried managers make our restaurants better by minimizing turnover,” Doyle says. “And if you don’t offer competitive salaries, someone down the street may pay a little more and hire those managers away.”

Some experts believe either option can work. Franchisees decide for themselves at Hungry Howie’s Pizza, based in Madison Heights, Michigan, with about 550 locations in 20 states. “Some managers get paid hourly, and others get a salary; it’s about 50-50,” says Al Newman, director of training. “Salary can be better in order to cut down on additional costs for managers who need to work overtime.”

And, of course, some owners may not have a choice: Rick Garcia, director of operations at PizzaRev, with 44 locations in the United States and Mexico, notes that state laws can govern the decision. “For instance, in California, it depends on how long you’re on the floor versus doing office work, so you must know the state laws around salary versus hourly pay,” Garcia explains. “In California, it’s state law to pay managers hourly with overtime, which makes scheduling more challenging.”

“If an employee is being groomed for multiunit management, the hourly model becomes more difficult to balance among the various units, so transitioning to salary may simply be easier to manage from an HR and payroll perspective.”
— Adam Garner, Boston’s Pizza Restaurant & Sports Bar

Whether you choose the salary or hourly path, how do the numbers break down? Of course, location will play a role, but Doyle estimates a fair manager’s salary (including quarterly bonuses) at $40,000 to $60,000. Meanwhile, at a PizzaRev location in California, a manager may be paid within the range of $40,000 to $65,000, depending on experience and performance. “Nationally, we also look at competitors and what they’re paying,” Garcia says. “We want to make sure we pay competitively to attract and retain the best talent. ”

Stefano Fabbri, owner of Pomo Pizzeria, with three locations in Arizona, believes pay should be based on the concept, restaurant sales, and experience. When promoting someone to manager from an hourly-pay supervisor/lead position, a $40,000 to $45,000 salary is typical. And Boston’s Pizza Restaurant & Sports Bar, with 400-plus locations in the United States and Canada, looks to keep total management costs between 4% and 6% of the total revenue of the restaurant.

Newman notes that the state’s minimum wage is a huge driver when it comes to deciding how much to pay a manager (whether experienced or inexperienced). “You cannot have a manager making barely more than his/her employees, since they tend to have exceptionally more responsibilities,” he explains. “The gap in pay between an inexperienced and experienced worker would tend to be more narrow in states where the minimum wage is higher, compared to a state with low minimum wages.” 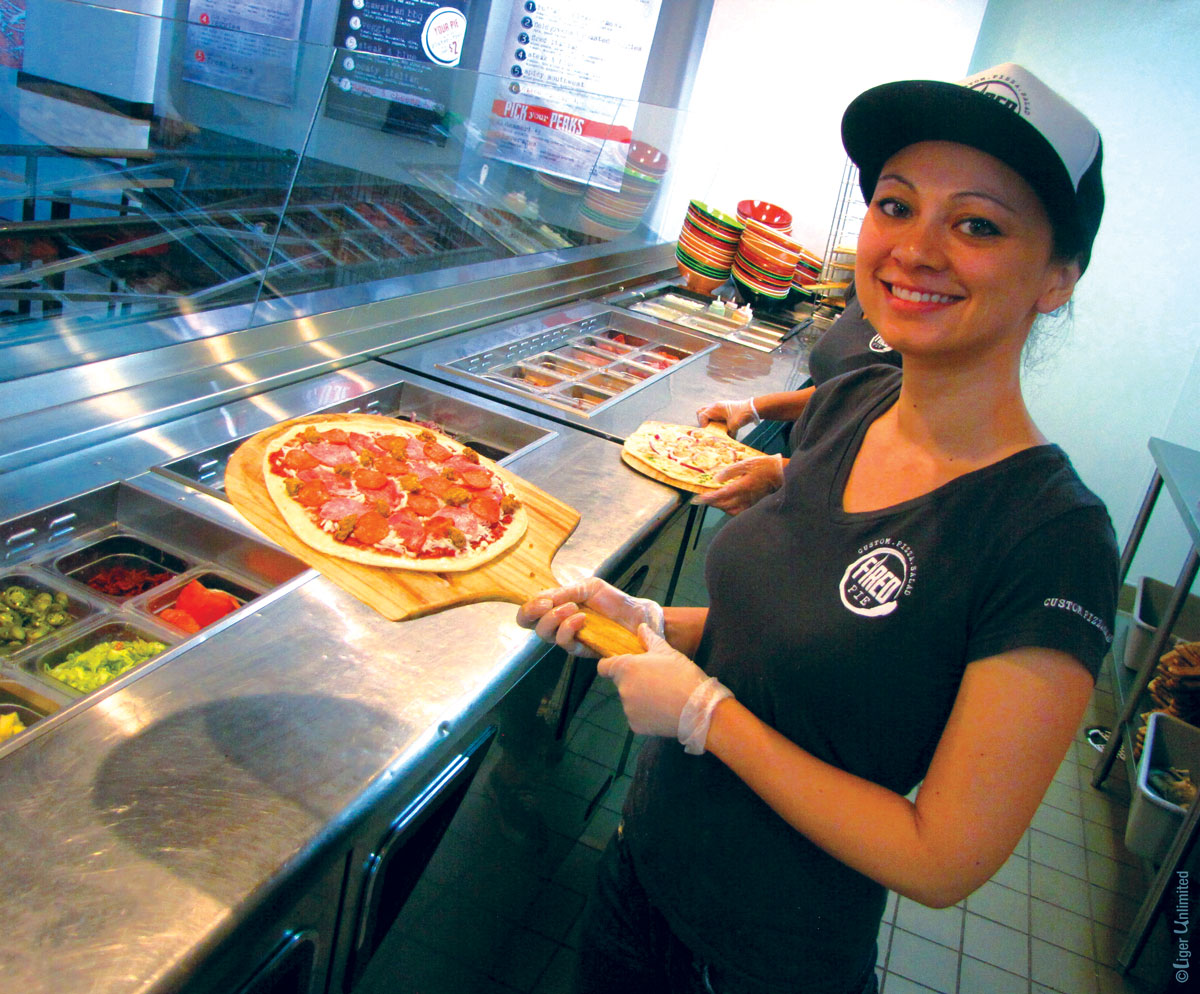 In a 2017 survey of 2,089 restaurant management professionals, carried out by Gecko Hospitality, men were found to earn an average of $4,570 per year more than women. How can you ensure you’re not contributing to the gender pay gap? Adam Garner, VP of operations at the Boston’s Pizza Restaurant & Sports Bar chain, believes owners should place a primary value on the specific job or job title. “This simple practice provides a level starting point for all applicants to that position,” he explains. “By replacing a ‘good ol’ boys’ system with clearly structured tiers, a career path outline, and success metrics, men and women alike will be more empowered to expect and demand their proper value.”

Newman adds that analyzing a manager’s hours per week may lead an owner to move that person from hourly to salary. “In some places, a full-time employee is 30 hours per week, and those managers might need to exceed 30 hours,” Newman says. “If they’re on hourly, it’s a lot harder to compensate, whereas if you move them to a salary, they could be properly compensated for their time and be able to work longer than 30 hours.” For example, Newman says, if your business is open until 1 a.m., you can’t cover all shifts with a manager working 40 hours weekly, so hours of operation play a major role in deciding if and when to move your manager from hourly to salary.

Of course, there are benefits to making that move. Adam Garner, VP of operations for Boston’s, compares it to offering a professional athlete a multiyear contract; the employee sees salary as more stable, a career step forward. “If an employee is being groomed for multiunit management, the hourly model becomes more difficult to balance among the various units,” he adds, “so transitioning to salary may simply be easier to manage from an HR and payroll perspective.”

Bonus plans and incentives are useful to both properly reward high-performing managers and entice them to work even harder for the business. Weavel keeps managers motivated by offering an incentive, based on a sales-to-payroll calculation, on a weekly basis. “The manager has ownership in running a tighter ship, because they want that incentive, and every month we offer a profit/loss statement bonus based on a percentage of profit,” Weavel says. “Of course, no profit, no bonus!” And, to help prevent burnout, Weavel gives managers a healthy amount of time to recharge: three weeks of paid vacation each year.

When setting up a bonus plan, Garcia recommends considering several factors. “We look at individual and team performance and how that compares to company goals and other locations,” he says. “We emphasize customer service, so we look at mystery shopper scores, plus financial components such as sales, costs of goods and labor.”

To maintain motivation, PizzaRev uses a monthly bonus structure. In fact, most experts agree that annual bonuses are too infrequent to motivate managers—and they warn against unrealistic benchmarks. Boston’s employs quarterly bonuses for the management team. “Monthly structured bonuses can be too volatile and harder to achieve than a quarterly metric—and an unattainable goal can be one of the most demotivating things for a manager,” Garner says. “We like to create ‘buckets’ that represent percentages of the overall bonus payout potential, which eliminates the ‘cliff’ situation, where the bonus is an all-or-nothing prospect. What should be in those buckets depends on the specific goals you have for the business: revenue, profit, cost of goods, labor, guest satisfaction, operational excellence evaluations, crew turnover, training compliance, and more. These are all reasonable metrics to consider. Keep it simple, measure it and celebrate the payout!”

Doyle also ensures that managers are given challenging yet attainable goals, then rewards on a quarterly basis. “We set four goals based on what the company wants to focus on—this year, it’s sales, cost of goods, cleanliness and managerial duties,” he says. “With sales and cost of goods, managers can know where they stand on a weekly basis, so there are no surprises.” The others, more subjective, are evaluated through regular visits to the restaurant and an inspection program.

“The manager has ownership in running a tighter ship, because they want that incentive, and every month we offer a profit/loss statement bonus based on a percentage of profit. Of course, no profit, no bonus!”
— Brian Weavel, Anna’s Pizza & Pasta

Hungry Howie’s also offers quarterly or monthly bonuses if possible. “Generally, bonus plans are more than just awarding sales goals,” Newman notes. “We also factor in controlling costs such as food and labor, and overall performance. While there are tons of other factors, such as local B2B marketing, service goals and customer service feedback, we like to offer three bonus plans: sales, food and labor.” Therefore, managers can reap rewards for increasing sales compared to a metric, such as previous-year numbers; actual food usage can be compared to ideal usage; and labor goals require examining productivity.

At Pomo Pizzeria, bonuses also depend upon several factors: labor, sales, prime cost, earnings, health inspections, and a small amount (10%) based upon intangibles like attitude. “Bonuses are paid out quarterly,” Fabbri says. “We set smart goals and an attainable bonus structure, but they need to work hard.” Managers also receive paid vacation so that they feel valued.

In terms of benefits, Hungry Howie’s franchisees individually develop their packages. However, when a new manager starts, they typically put in a certain amount of time to earn PTO. After one year, a manager can earn up to one week of paid vacation; two weeks after two years; and three weeks after five years—though some franchisees allow workers to accumulate PTO at a faster rate.

After a certain amount of time, a Hungry Howie’s manager can also earn up to five personal days off. “The role of a manager can become very stressful and require long hours, so we really want to give them a chance to get away from all of that,” Newman says. “We don’t offer rollover PTO or payouts, because we want them to take advantage of time off.” And this approach provides growth opportunities for assistant managers or employees looking to move up, since the manager taking a vacation is required to train someone to run the store for the time he’s away.

Finally, owners must respect that PTO. “Make sure managers are allowed to actually disconnect while they’re gone,” Garner says. “Nothing’s worse than feeling compelled or obligated to answer email, phone calls and other demands while you’re away!”