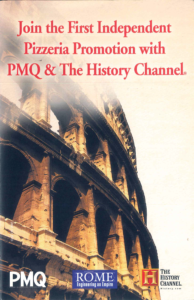 In 2005, PMQ and the History Channel teamed up to craft and execute the restaurant industry’s first national independent pizza promotion, built around the network’s hit documentary, Rome: Engineering an Empire. This one-of-a-kind collaboration, which originated with the highly creative and innovative Norm Marshall Agency, made history in its own right and set the stage for a potential marketing revolution, with PMQ and its industry partners at the forefront.

The promotion, which organized independent pizzerias into a viable marketing force with a unified message, proved to be highly successful, as documented in the case study below. Executed by PMQ, it brought together 1,000 independent pizzerias to help make Rome: Engineering an Empire, which debuted on September 5, 2005, the No. 1 ranked show for the History Channel in 2005.

The Norm Marshall Agency was so impressed with the results that they tasked PMQ with a second act: PMQ recruited 100 independent pizzerias from the five New York boroughs to promote the launch of the Bronx Zoo’s Madagascar Lemur Exhibit in 2008. For a not-so-brief time, even wrestling maven Vince McMahon of the WWE strongly considered using our secret weapon to promote a WWE Summer Smackdown. While that never panned out—oh, the disappointment—McMahon’s interest further demonstrated the potential of the national pizza community as a marketing powerhouse with wide appeal and massive reach.

The History Channel promotion, executed on a nationwide scale, coupled with the Bronx Zoo promotion at the local level, proved beyond a doubt that any media company, industry vendor or service provider can create and execute a highly lucrative, on-the-fly marketing campaign with the support of a volunteer army of retail pizza marketing partners armed and trained with your print and digital messaging.

The Anatomy of the 2005 PMQ/History Channel Promotion

View the History Channel’s trailer promotion for Rome: Engineering an Empire, which aired from August 15-September 6. 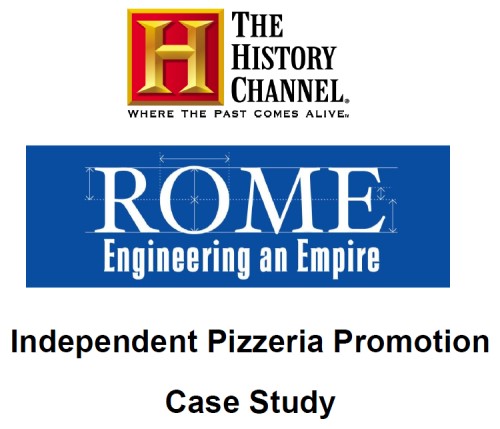 Click here to view the case study of the Rome: Engineering an Empire promotional partnership with PMQ.

Click here to view the brochure mailed to our target readers. 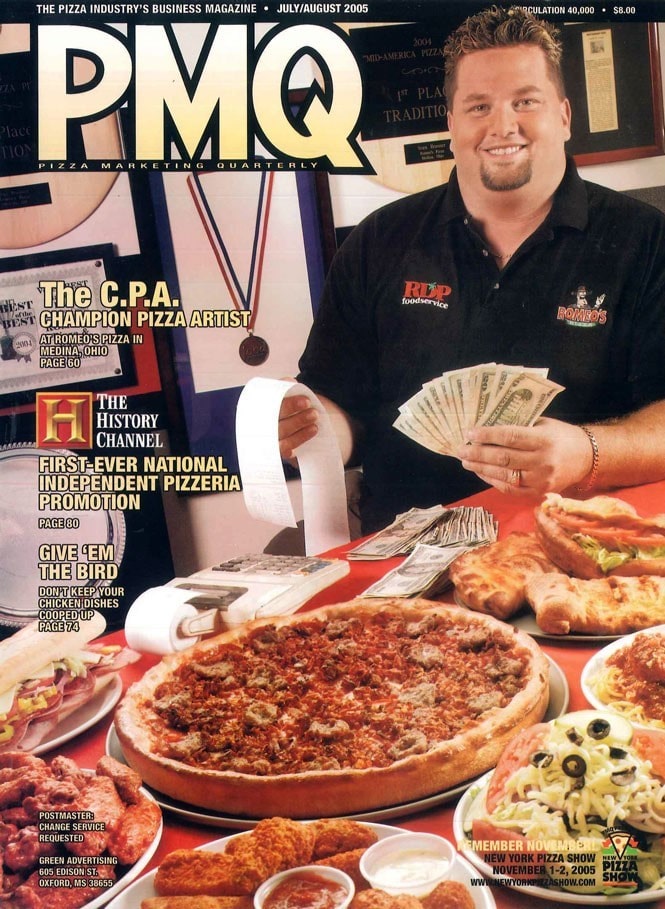 Click here to view the 2005 PMQ editorial explaining how readers could participate.

The success of this PMQ/History Channel collaboration can be replicated with PMQ’s own pizza industry partners and advertisers, and PMQ stands ready to work with you to make history once again!

Ready to get started on your national pizza industry marketing campaign? Contact PMQ Publisher Steve Green at 662-234-5481, ext. 123 or sg@pmq.com.