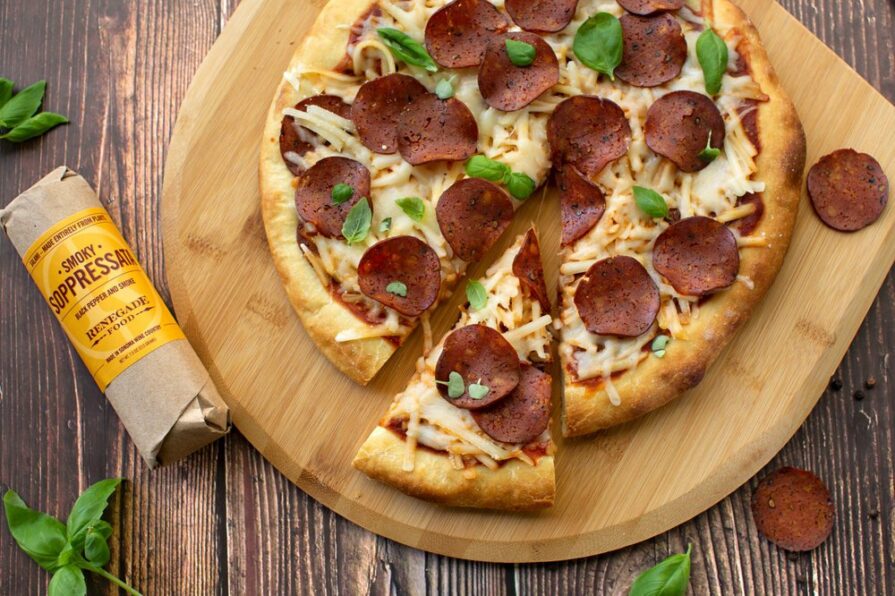 Back in 2010, Iona Campbell, now CEO and co-founder of Renegade Foods in Berkeley, California, was working in Spain alongside traditionally trained chefs, learning all about the region’s famed history of meat preservation. The only problem? As a lifelong vegetarian (now vegan), she was unable to fully participate in the process.

“The chefs really delved into meat fermentation and preservation—including different techniques used in the regions across Europe and their different flavor profiles,” Campbell recalls. “I really experienced how much food is tied to culture. When I came back to the States, I was so inspired to create all of the same experiences, but with plants instead of animals.”

Traditional Techniques, Transformed
After Campbell formed Renegade Foods in 2019 with Kalie Marder, COO and co-founder, sales launched in August 2020. Its products are carefully crafted with traditional salami making equipment and techniques, from meat grinders and stuffers to smoking.

The company also prioritizes clean ingredients, using organic whenever possible and shunning chemicals and preservatives. The owners have even pledged a portion of sales to animal sanctuaries and environmental causes. “It’s important for us to have a product you can feel good about eating every single day and feeding your family and friends, while not sacrificing that authentic experience,” Campbell explains.

This trio launched in California’s Sonoma County wine country, where the Renegade Foods production facility is located, to “an overwhelmingly positive reception,” Campbell says. “We were really excited to launch there. It’s heavily dominated by meat culture, but a lot of people are coming there for new experiences—and they’re not necessarily vegan or vegetarian. We got an incredible response, and we now find ourselves in some of the top restaurants and wineries.”

Branching Out
To celebrate its initial launch in 2020, Renegade Foods brought its salami to West Coasters through various events, encouraging sampling among vegans and meat eaters alike. The latter crowd, Campbell admits, posed the real challenge—yet the salami won them over in droves. “We had a lot of fun testing our products in those markets, just to get across-the-board feedback,” Campbell explains. “We had a lot of cynics walking by our table and giving us the side-eye, thinking, ‘What the heck is that?’ And once they try it, it blows their socks off. They’re just so shocked that you can make these products with plants. Obviously, we love vegans and vegetarians, but they’re an easy crowd—when we find the flexitarians, they’re the most fun to win over.”

Last winter, the company started augmenting its core line with seasonal products. This year, Spring Salami featured flavors of rosemary and citrus zest, while Summer Salami incorporated sun-dried tomatoes and aromatic garden herbs. “We plan on expanding the salami line and moving into other meats as well,” Campbell says.

Also on PizzaVegan.com: Why and how Sarpino’s developed a vegan pizza menu

For now, though, Renegade Foods’ three core products offer a ton of versatility. They can be used hot or cold, and Campbell notes that pizza and sandwiches are two favorite ways to use them. “The products are ready to eat, but they also cook up very well,” she explains. “So people love them for an easy sandwich, or with cheese and crackers, but they also love them in pastas and breakfast scrambles.”

The salami varieties are hitting California pizzerias, too, with a “hugely positive” response, Campbell reports. “One of our favorites right now is La Morra Pizzeria in Los Angeles—they make an amazing vegan pizza,” she says. “Our Soppressata is similar to a premium pepperoni, so it gives that same flavor and appeal for pizza and sandwiches. Our Toscana also goes very well on pizza; its flavors are reminiscent of an Italian sausage. We’re so honored that people are loving our products so much—we have a huge waiting list at this point!” 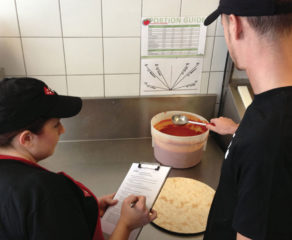 SOS to the World: Sting Opens a Pizzeria in Tuscany 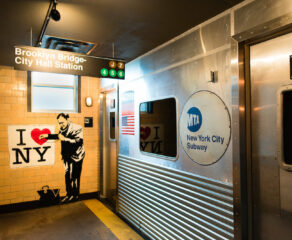 This Pizzeria Might Have the Coolest Bathrooms in the U.S. 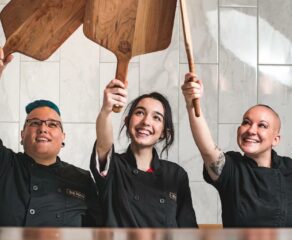