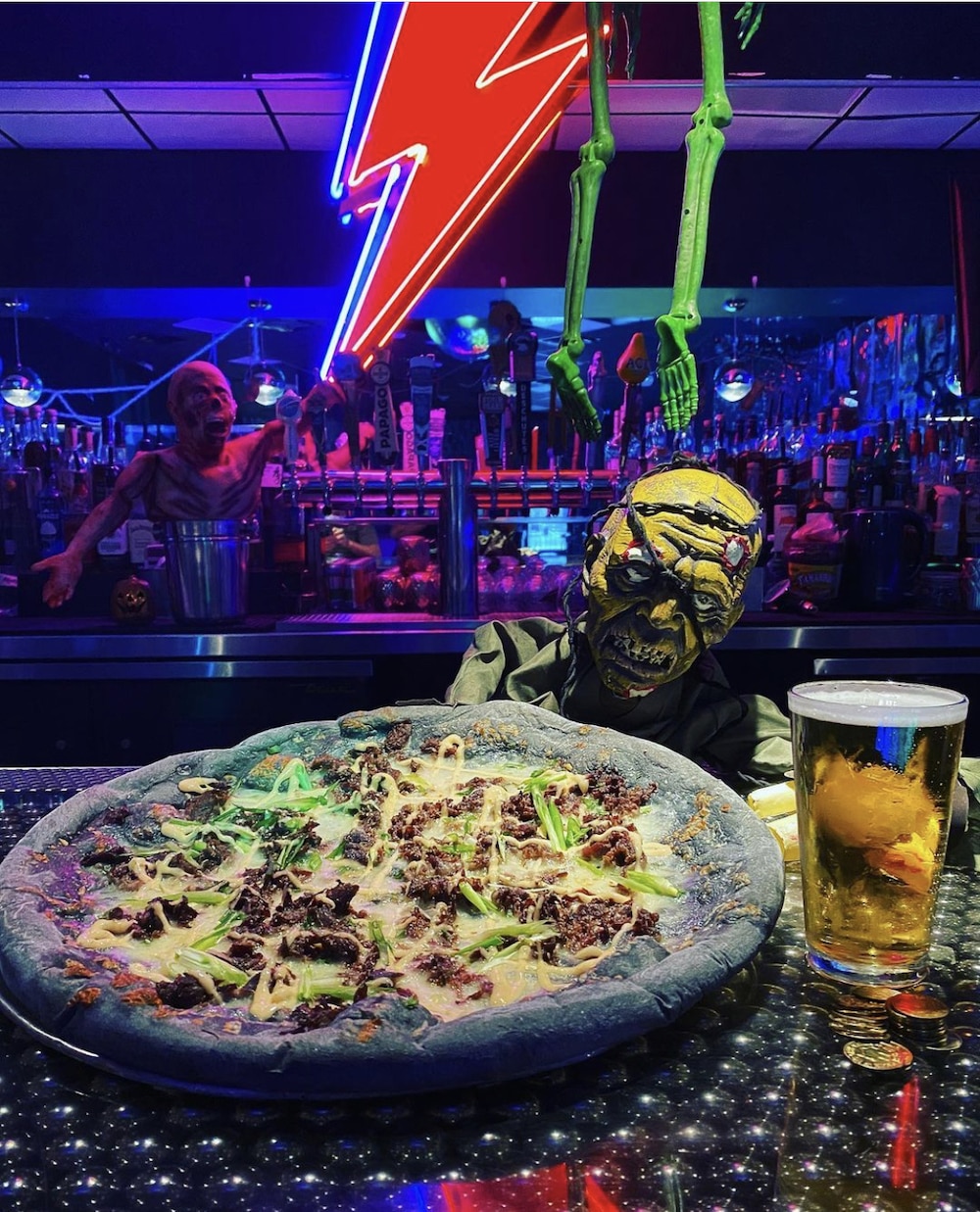 David Bowie fans know Ziggy played guitar, but what about his pizza-making skills? Ziggy Stardust’s story ended tragically (we think? ), but the name lives on at a Phoenix pizzeria that has found a new generation of fans on TikTok.

The menu at Ziggy’s Magic Pizza Shop doesn’t exactly play into the theme of the classic Bowie album, with pizza names like the Easy Cheesie, the Pretty Fly for a White Pie and the So Fresh So Clean (which actually name-checks an Outkast song). But the restaurant has a not-so-secret space—the Stardust Pinbar—that Bowie might appreciate.

The Stardust Pinbar is hidden from the customers’ view behind a door that looks like it opens onto a freezer behind the kitchen. But it’s actually a dance club, bar and pinball arcade. And a recent TikTok video about the space, posted on October 20, went semi-viral, earning more than 136,000 likes, 525 comments and 1,757 shares.

That’s impressive for a pizza restaurant and proof that TikTok, an app used primarily by younger Americans, has strong potential for pizza marketing.

Stardust Pinbar, which has a Bowie-influenced décor theme, boasts nearly 20 pinball machines as well as a light-up dance floor and retro artwork, according to Thrillist. In an article titled “Best Bars in Phoenix Right Now,” Thrillist described Stardust Pinbar as an “out-of-this-world pinball bar with rock-n-roll-inspired drinks. ”