Zazas on the Rise in the Windy City - PMQ Pizza Magazine 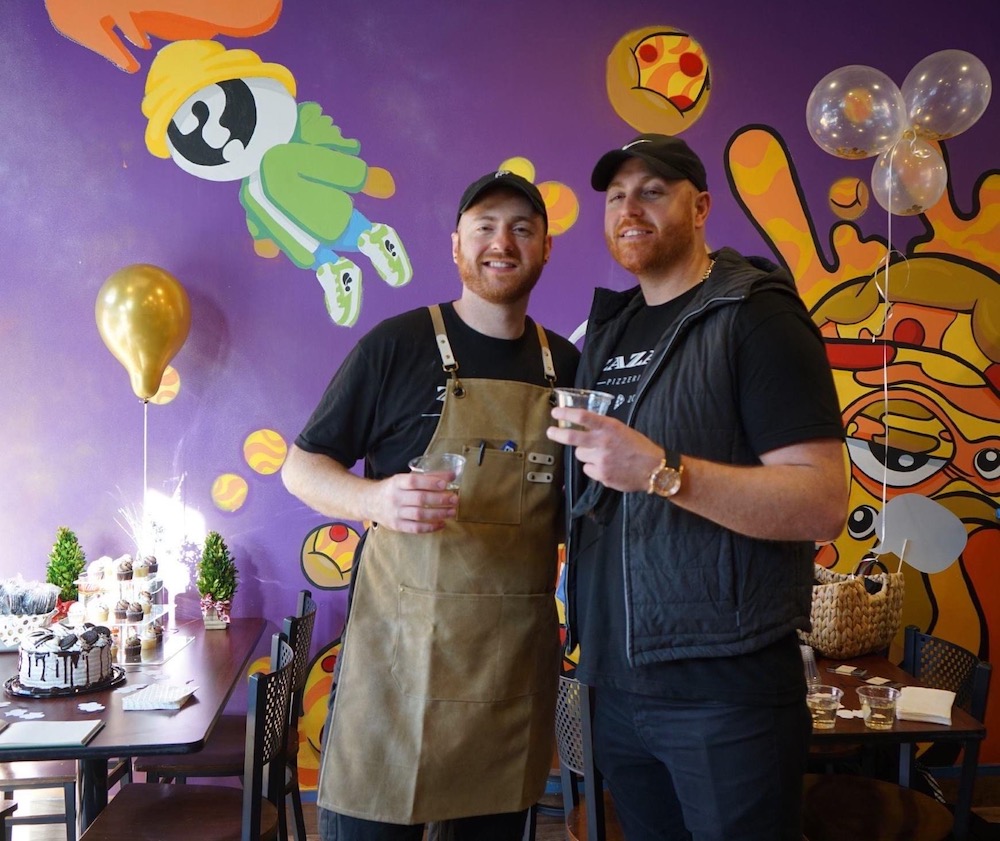 Brett Nemec got his start in the restaurant business doing the kind of work nearly everyone hates: washing dishes. “What started as rigorous, backbreaking work turned into my absolute passion,” he recalls. “I fell in love completely.” Not with scouring pans and soaping plates, of course—it was the culinary side that won him over. And now he and his brother, Chadd, have launched a restaurant of their own, Zazas Pizzeria, in Chicago.

Brett is the culinary mastermind, Chadd runs the business side, and neither of them has to scrub a dirty dish if they don’t feel like it. Instead, they offer a menu—including whole pies for dinner and slices for lunch—that spotlights a New York style of pizza with a dash of Neapolitan flair. “We thought it would be interesting to try the kind of ingredients you might eat on a Neapolitan-style pizza but on a New York-style dough,” Brett says. “We use products like soppressata, truffles, shiitake mushrooms, rosemary, Calabrian chilies, and the best Sicilian olive oil we can find.”

Zazas opened in early December to packed houses and media acclaim and has already been hailed by The Manual, a national pop-culture website, as one of the Windy City’s 10 best restaurants. The ride was a little bumpy at first, thanks to a malfunctioning oven and a few no-show staffers. But Brett’s a seasoned veteran—he graduated from dishwasher to line cook, then went on to culinary school and managed several restaurant kitchens before becoming head chef at Santo Cielo, a top-rated restaurant in Naperville, Illinois.

Before they launched Zazas, though, the brothers did their homework. “The idea for our menu started when we were trying out all different types of pizza,” Brett says. “We would try our favorite New York-style spots, Neapolitan spots and Chicago-style spots. We both agreed that, when it comes to dough, New York-style is our favorite. There’s something so delicious about that ultra-thin center and the puffed heel with all of these different textures. New York style is chewy, crunchy, foldable, and it’s this balance of textures that makes it so incredible.” 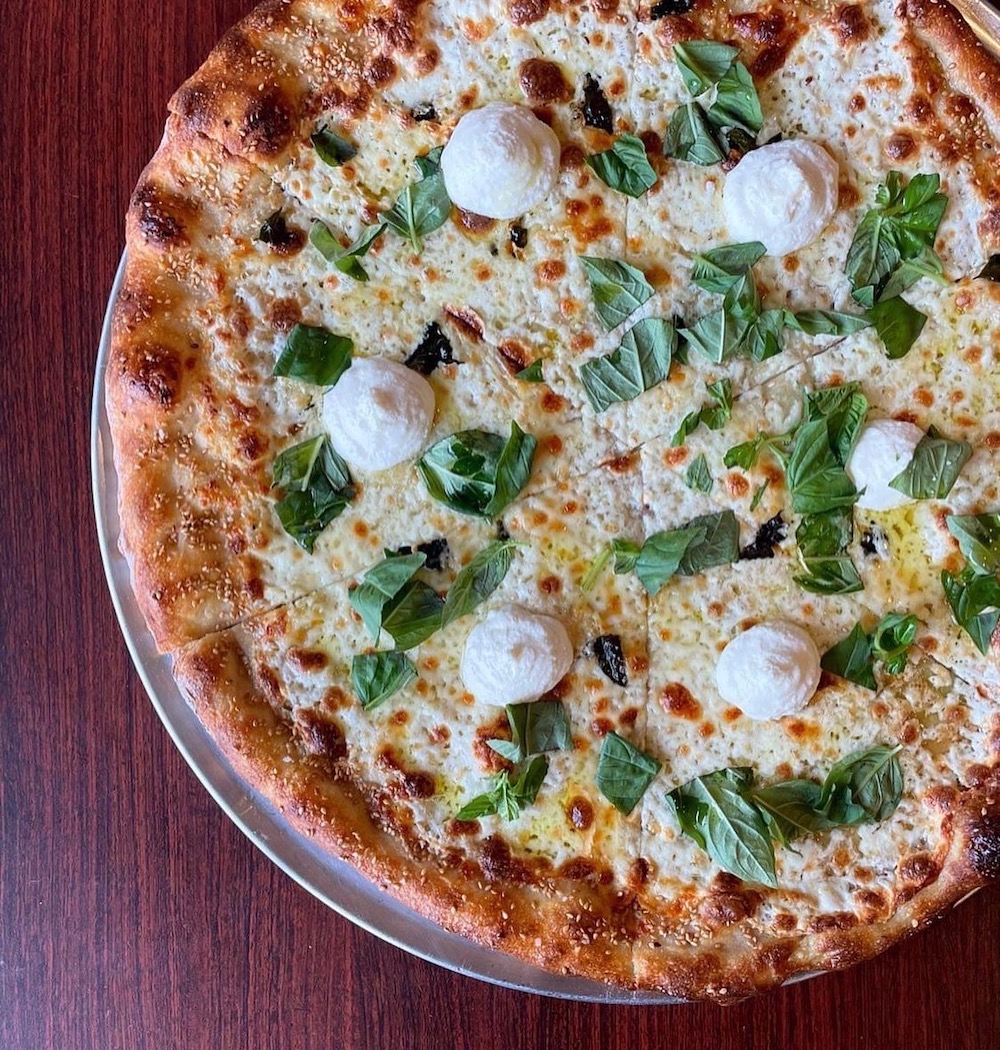 “A lot of my effort has been centered around the dough,” he adds. “We wanted to create a dough that is foldable and chewy, just like your prototypical New York-style pizza, but simultaneously very crunchy and slightly sour. After a ton of trial and error, we found a flour that works perfectly for the style we wanted to achieve. We use a hard red spring wheat, a poolish to help aid the fermentation, and a 48-hour cold ferment. We believe in giving the dough time to develop flavors and produce those beautiful air pockets that make the dough light and easy to digest. Our hydration is right at 69%, which we found to be just right to achieve that light airiness while maintaining some bite and good chew.”

Brett says he and Chadd have built “an amazing staff,” with a few of their restaurant-savvy friends working several days a week. The business also gets support from the entire family, including the brothers’ dad, Bob Nemec; their stepdad, Steven Gambla; and aunt and uncle Tina and John Schiele. Not to mention their mother, Sue Gambla, who first tipped off PMQ about Zazas. And a proud mother she is, too. “My boys, who also live and do life together—it makes this mama’s heart and soul so happy—are working side by side,” she says. “When I was a young mom,” she adds, “I was not a very well-seasoned cook. You can ask my boys. That’s why pizza—which we called ‘za’—was probably in the house all the time.”

Zazas Pizzeria is the Nemec brothers’ first restaurant, but they hope it won’t be the last. “Down the line, we are definitely hoping to expand,” Brett says. “Most likely, we will not be interested in franchising, but having a few locations around the States is definitely a long-term goal. We are creating a relatively streamlined training process, and we believe with the right set of instructions and training, anyone can recreate what we are doing in our Chicago location and maintain the same quality and consistency.” 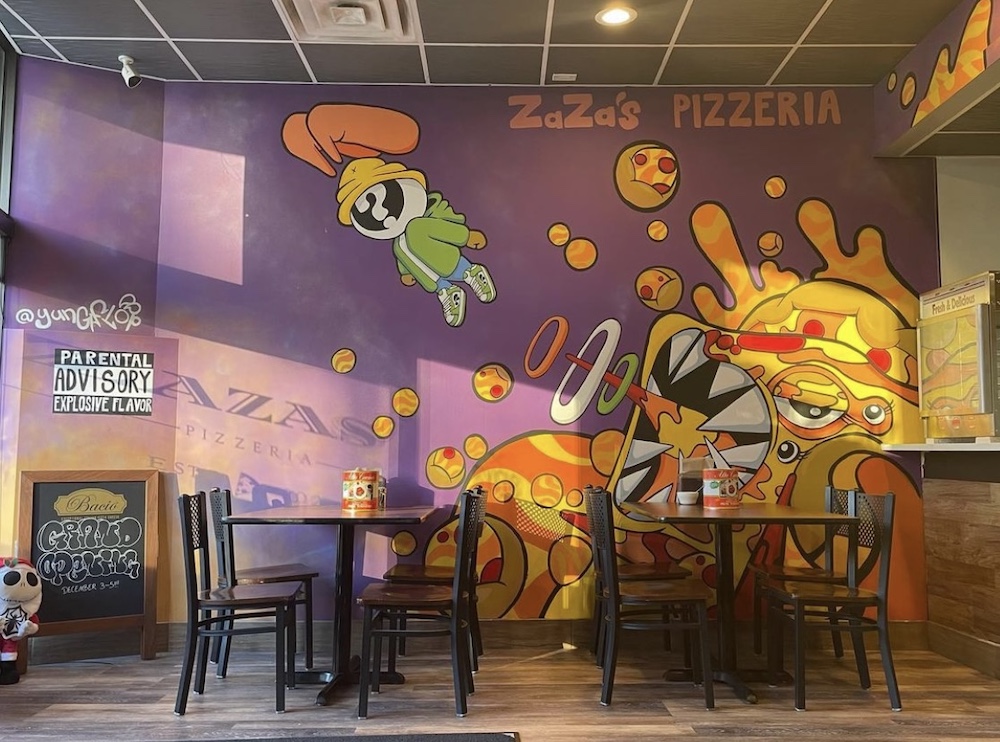