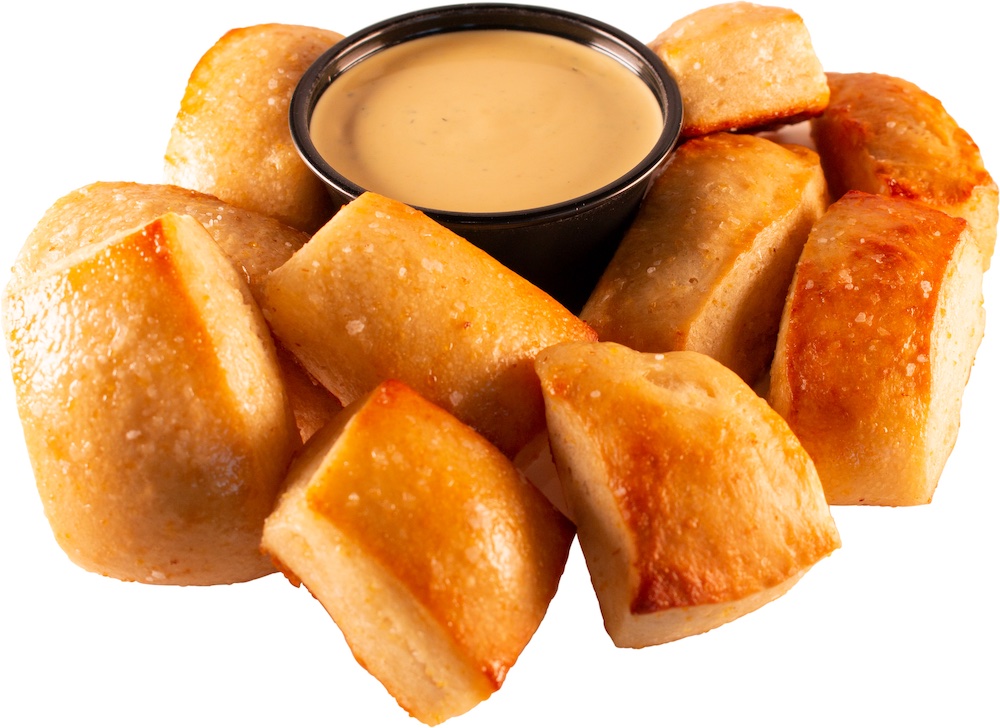 Zalat Pizza will introduce the new ZA'Bites appetizer on January 10.

After opening 27 units over seven years, Zalat Pizza, featured on the March 2022 cover of PMQ Pizza Media, has added the first appetizer and dessert to its menu.

The Texas-based chain recently announced the launch of ZA’Bites and BeignYAYs, both of which will be featured on its permanent menu.

ZA’Bites (pictured above) are shareable, bite-sized appetizers. The soft, pillowy, pretzel-like bites are baked and coated in real butter and coarse salt and served with an accompanying dipping sauce.

BeignYAYs are the company’s spin on a traditional French beignet: shareable, bite-sized desserts made with ZA’Bites, decadently coated in butter and cinnamon sugar, with a heaping side of powdered sugar and maple syrup for dipping.

“We’ve been testing ZA’Bites and BeignYAYs for months and are thrilled to introduce these outstanding new menu items to our loyal customers,” Zalat founder and CEO Khanh Nguyen said. “Historically, we’ve focused solely on our pizzas. People have been asking for appetizers for years, and we didn’t want to release something until we were truly excited about it and how it represents our brand. We consider the addition of ZA’Bites and BeignYAYs to be one of our greatest achievements. They are delicious. Our entire Zalat staff cannot get enough of them.”

As PMQ has previously reported, Nguyen believes in sharing the wealth, granting stock options to all of Zalat’s hourly employees. “We need our Zealots [the company’s name for their employees] to be completely committed to the product because every pizza is handmade,” Nguyen said. “In return, we’ve completely committed to their future with the company and intend to make our frontline workers wealthy through stock option ownership. We want all our Zealots to have a piece of the pie.”

Zalat Pizza prides itself on the ability to maintain top-level, handmade, New York-style pizza quality at high volume. The company’s model forgoes the convenience of conveyor belt ovens that most pizza chains use and trains the employees to handmake and cook pizzas in traditional deck ovens. The result is more labor-intensive while providing “a perfect balance of crispy and chewy pizza crust,” the company says.

Zalat is known for its irreverent take on traditional pizza flavors, such as the Nashville Hot Chicken & Pickles, Pho Shizzle, and Elote pizzas, while also offering staples like the Pepperoni Masterclass and Zealot Supreme.

The first Zalat opened on Fitzhugh Avenue in 2015 and became a favorite late-night pizzeria in Dallas. The concept has quickly grown to 27 locations across Dallas and Houston. The corporate-owned chain was named one of the Top 100 Restaurants for 2023 by the Dallas Observer and one of the Top 40/40 Concepts for 2021 by QSR magazine. Zalat was also chosen for the prestigious Nation’s Restaurant News’ Hot Concepts Award in 2021, presented to growth stage restaurant brands that are predicted to “become household names.”