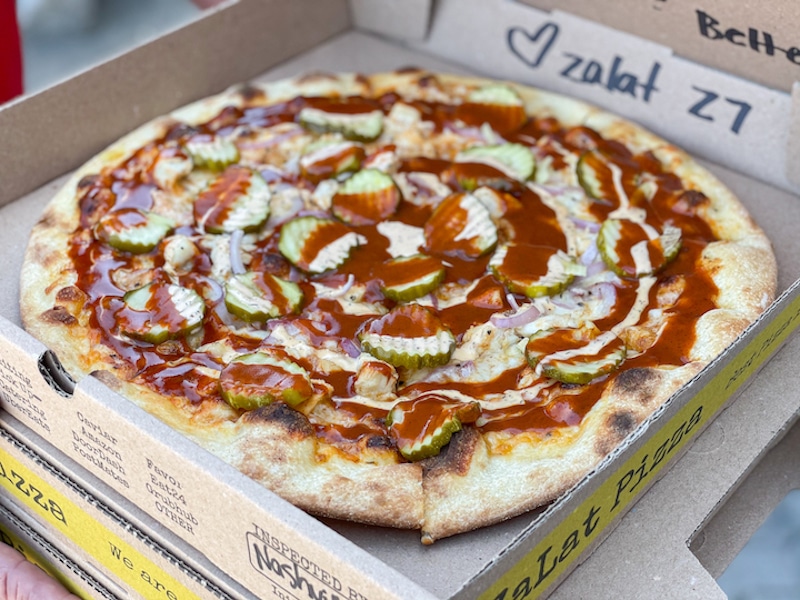 Related: For chicken pizza lovers, bird is the word.

Zalat Chief Operating Officer Jason Brooks says, “This pizza has a unique flavor combination and the perfect amount of spice that fits in perfectly with the hot chicken trend as well as our brand. We taste-tested three potential new pizzas including this one, and it won hands down. We think this will be a new Zalat favorite for our customers.”

Hot chicken originated as a local specialty in Nashville. It’s believed to have originated in the city’s African-American community, but it was popularized as a restaurant item by Prince’s Hot Chicken Shack, owned by the family of Andre Prince Jeffries, according to NPR. According to Jeffries, credit for the extra-spicy chicken goes to an unlikely person: the girlfriend of Jeffries’ uncle, Thornton Prince. “Of course, I give credit to his lady friend,” Jeffries told NPR. “My great uncle, being a womanizer, had been out all night. And for revenge to get him back, she sprinkled something on his fried chicken for breakfast that morning. And instead of punishment, he liked it, told his friends about it and that’s how it really got started.”