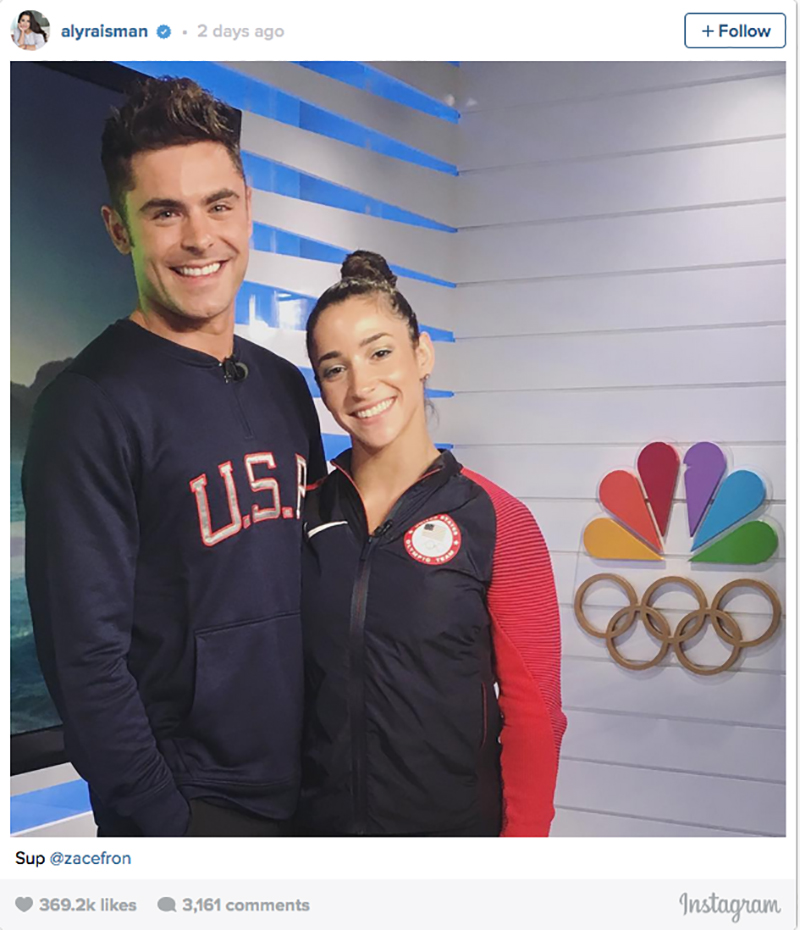 Let’s face it: When you’re Zac Efron, you can go out for dinner with pretty much anyone you want. Ditto for Olympic gold medal-winning gymnast Aly Raisman. And when the two decided to go out for dinner together, what did they choose?

Do you have to ask? This is a pizza website, after all.

It all started when The Today Show hosted the U.S. Final Five gymnasts, along with Efron. Simone Biles made the first move, sneaking a kiss from the actor and getting a surprise smooch from him in return (which she captured on video and posted on Boomerang). Biles has reportedly been tweeting about Efron, who first rose to fame in High School Musical, for years and even received a life-size Efron cut-out for Christmas in 2014.

But Raisman didn’t settle for a mere kiss on the cheek. After the Today Show meet-up, she went on to Twitter and asked Efron, “WHEN R WE GOING FOR PIZZA!?!” A few hours later, Efron responded, “Tomorrow! Dibs on pepperoni!” 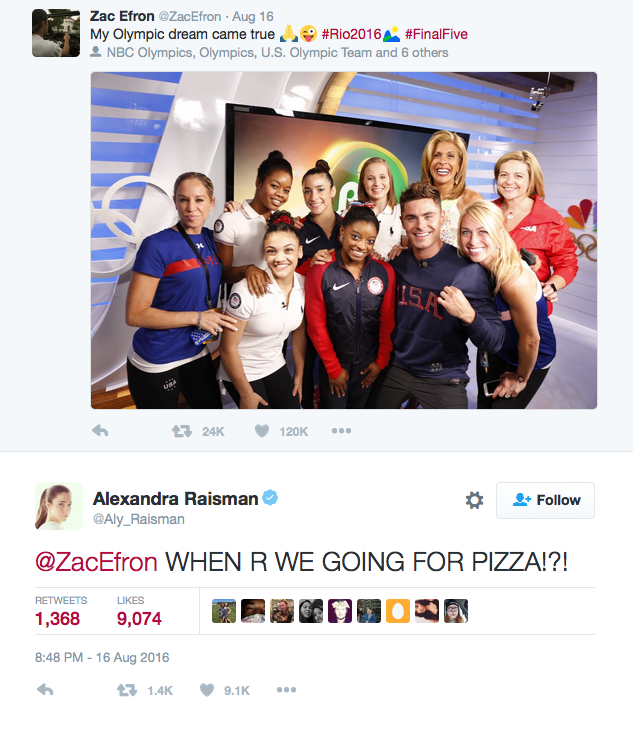 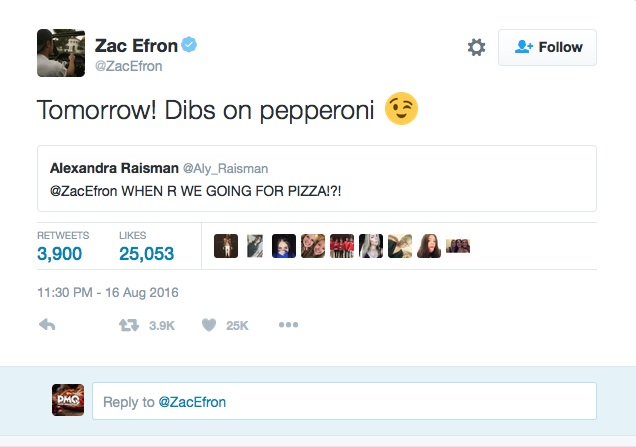