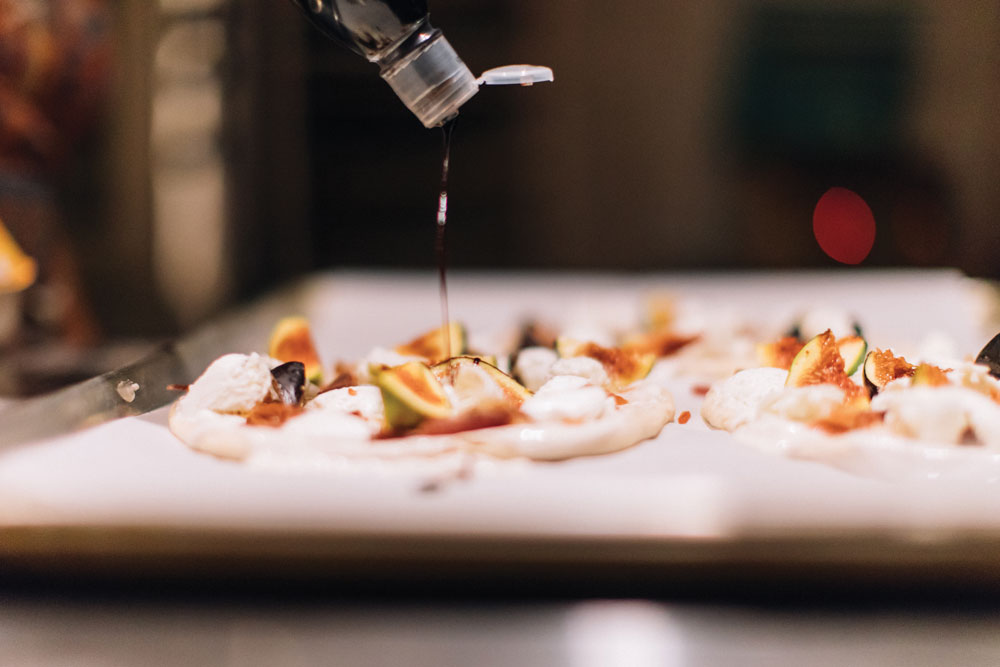 Aged balsamic vinegar is an ancient tradition in Italy. Some fathers in Modena still start a new batch of balsamico when a daughter is born, to be contributed to her bridal dowry when she—and the vinegar—come of age.

Nevertheless, balsamic vinegar has undergone a lot of innovation in recent years. Balsamic glazes, mousses, pearls and even solid vinegar that can be grated are now making a splash on the market. This new diversity in form and texture gives fresh inspiration to chefs around the world.

Balsamic Vinegar of Modena is hugely popular, with more than a handful of imitations. In 2009, Balsamic Vinegar of Modena was officially registered as a Protected Designation of Origin product by the European Union (EU). This means that vinegars marketed under the Balsamic Vinegar of Modena name must follow a set of standards, including which grape varieties can be used, where they can be grown and a minimum aging period of 60 days in “precious wooden barrels,” according to ConsorzioBalsamico.it. Only after three years can the product bear the word “aged,” and only those with the official EU seal are guaranteed to be authentic. Those that don’t meet the requirements are labeled as a balsamic condiment or condimento. 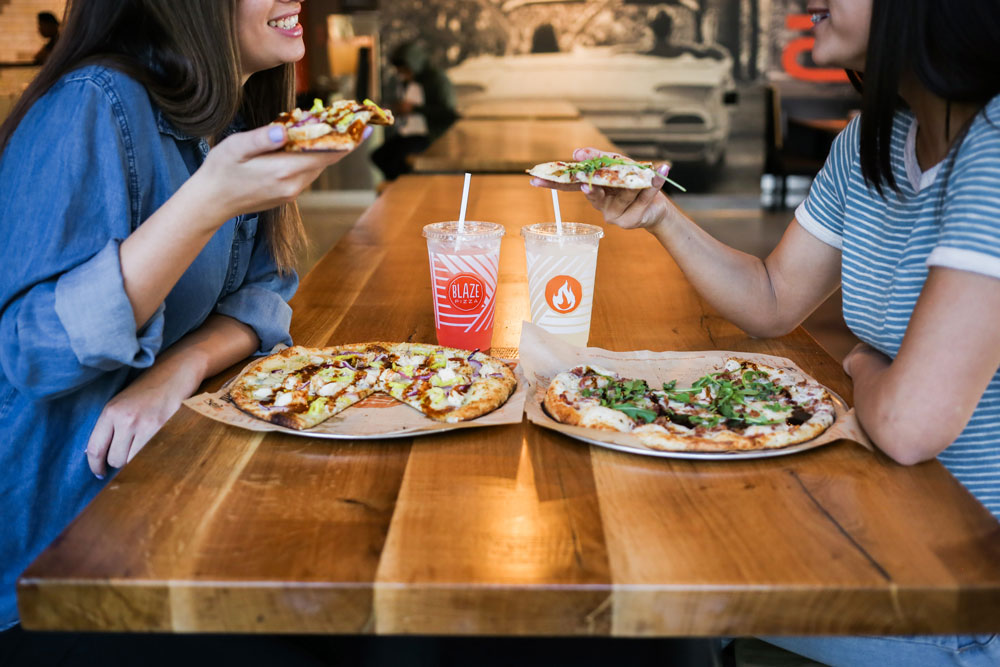 “Blaze Pizza is a very exciting and disruptive brand that fits nicely into our restaurant portfolio alongside Starbucks and Shake Shack,” said Mohammad Alshaya, executive chairman of M.H. Alshaya Co. According to Blaze’s marketing team, the menu will be exactly the same as it is in the United States, except no alcoholic beverages will be sold.

Blaze Pizza recently opened its 200th store, and co-founder Rick Wetzel says he’s “fired up” about the new partnership. “For some time, we’ve been receiving requests to bring our brand to the Middle East,” Wetzel said in a press statement. “Now that we’ve partnered with Alshaya, we’re happy to say that we will be there soon.” 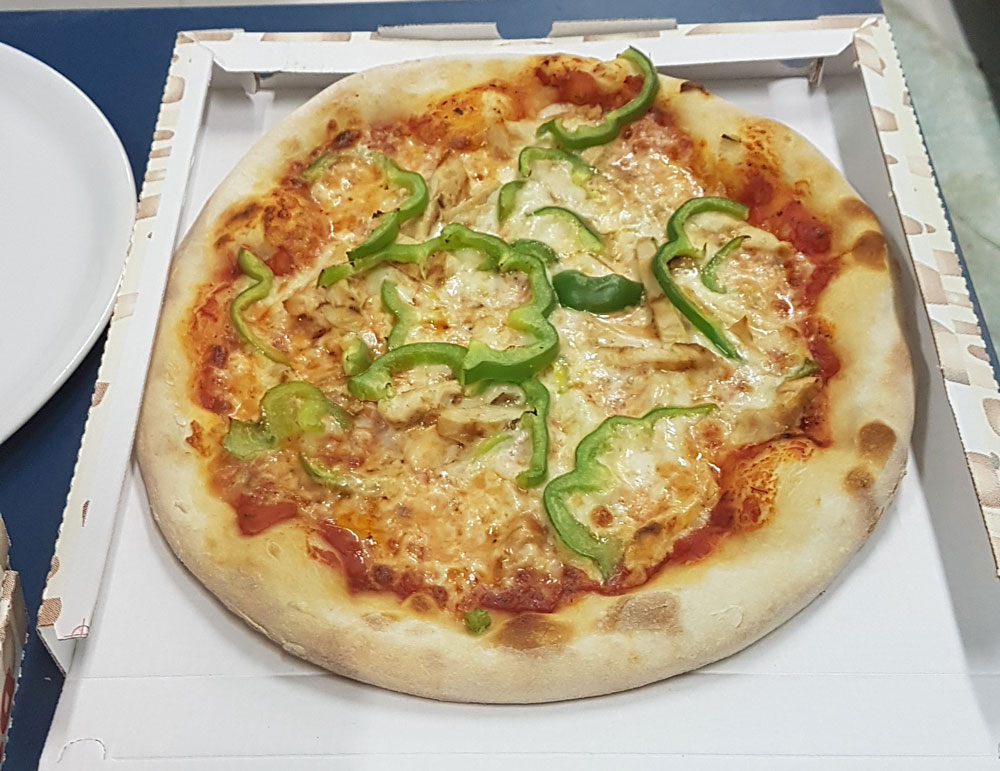 A Perfect Storm of Cultures 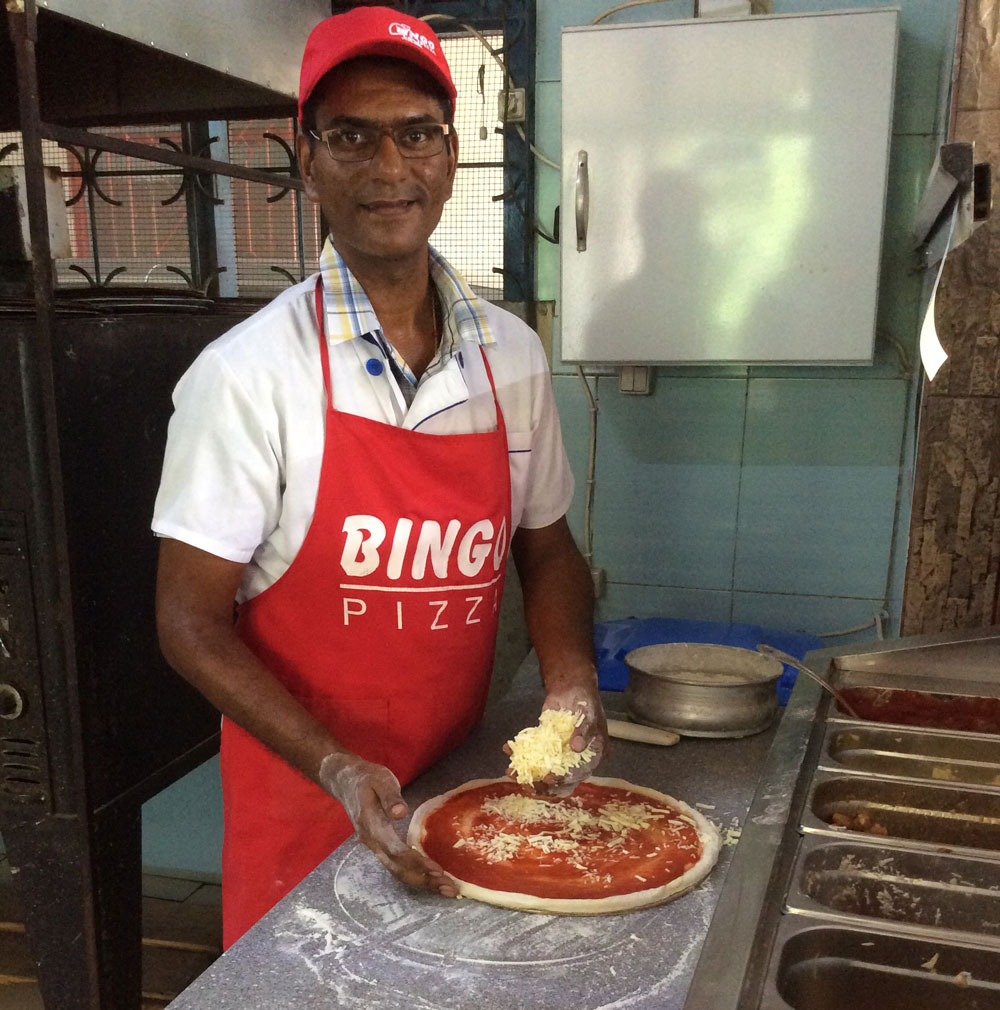 The small island of Curaçao, located near Aruba and just off the coast of Venezuela, is a cultural melting pot of language and food. Navin Ganga, senior manager of Bingo Pizza, recently visited the island with his family and reported his findings to PMQ.

I love Curaçao. It’s one of my favorite islands to visit. One day, while I was there with my family, we discovered Pizza Mare, which represents a sort of perfect storm of cultures. The place was warm and inviting, and we immediately chose to dine there.

The friendly staff introduced me to the owner, Sergio Alvares of Italy, and his wife, Darlis Alvares, a Venezuelan. Sergio has worked in the food business for 20 years and lived in Venezuela for 15 years before moving to Curaçao. While living on the island, he noticed something was missing: There were no restaurants serving authentic Italian cuisine.

When Mambo Beach Boulevard, a hip shopping destination on the beach, was looking for tenants, Sergio and Darlis decided to take a chance and open their own shop. At first working alone, the couple has since hired a chef from Italy named Federico Sipione. With a staff of three or four people, they serve around 100 clients a day, mostly tourists.

Pasta, penne and pizza dough are prepared fresh every day. The ingredients have been handpicked by Alvares during trips to Italy to ensure their authenticity. Even the pizza boxes come from Italy. But the restaurant’s cheese is imported from Holland, while the pepperoni, one of Pizza Mare’s most popular toppings, comes from the United States.

For a taste of the local flavors, we ordered the Pizza Curaçao, topped with green peppers and chicken. The thin-crust pizza, made by Chef Federico himself, was delicious. Other popular pizzas on the menu include the Margherita, the Hawaii and the Pizza Mare, which is piled with shrimp, clams, octopus, squid and mussels. It’s an Italian experience right here on Curaçao—with a great view of the sea!