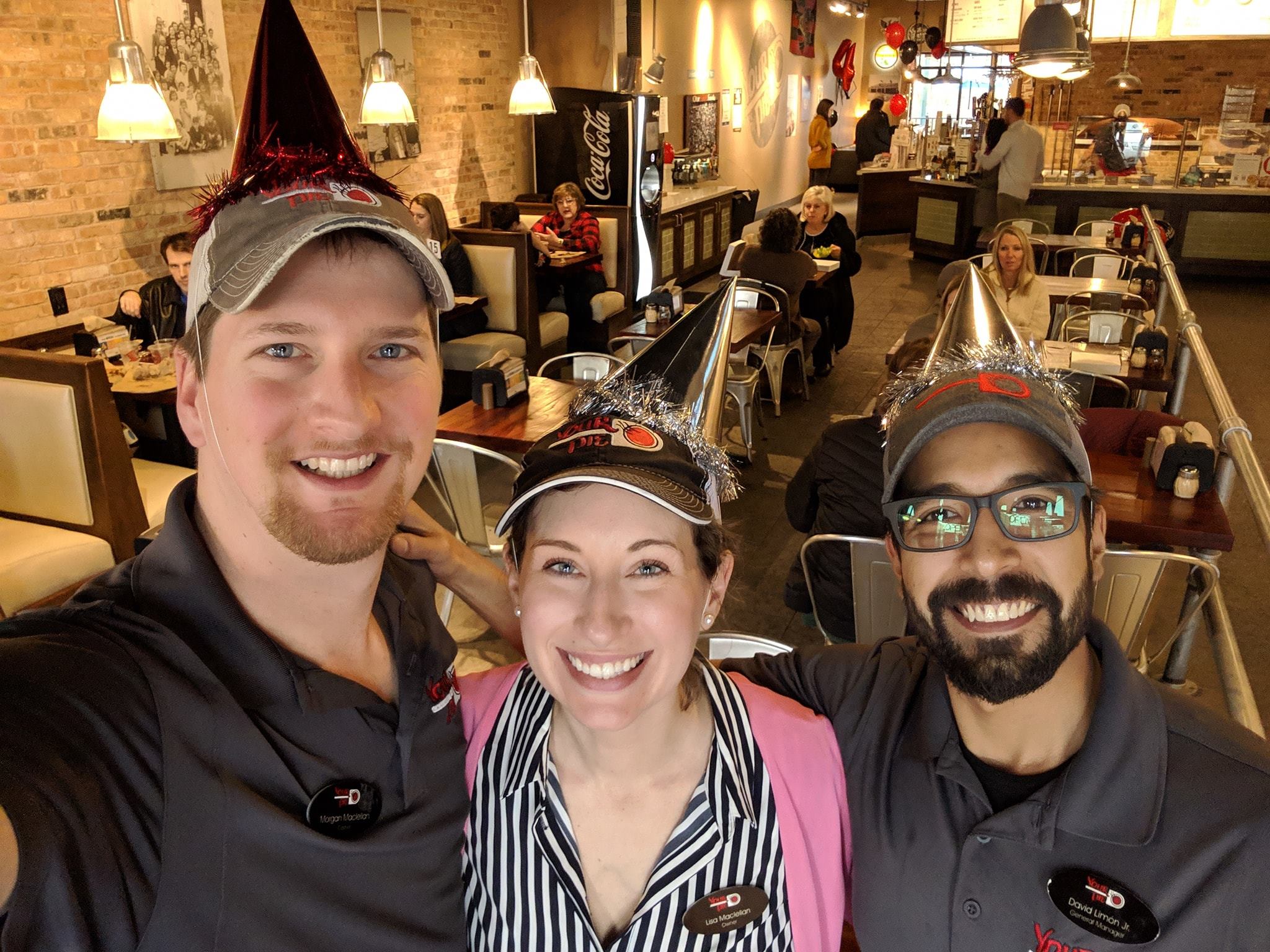 A Your Pie location in Dunwoody, Georgia, turned its four-year anniversary into a campaign to feed the hungry earlier this month.

Your Pie Perimeter, owned by Lisa and Morgan Maclellan, pledged to donate a meal to people in need for every pizza they sold during their anniversary event on January 17. They ended up selling 576 pizzas, meaning they’ll donate 576 entrees—including pies, paninis and sandwiches—to hungry people in the region.

The total of pizzas sold “was definitely more than we hoped for,” Lisa Maclellan told The Champion.

The event was just one of many philanthropic efforts by the Maclellans. In response to Your Pie founder Drew French’s challenge to his franchisees, Your Pie Perimeter donated 1,000 pizzas to hungry children in the area in 2017. The Maclellans have also worked with organizations like Habitat for Humanity and Family Promise.