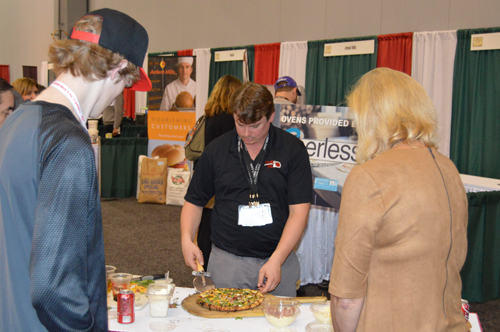 The 2015 Sofo Foods Expo, held in Atlanta Oct. 4, was just peachy for an Athens, Georgia-based pizza entrepreneur and five of the nation’s top online ordering companies.

Drew French, founder and owner of the Your Pie chain, crafted the winning pie in the 2015 Pizzaiolo Ultisimo (Ultimate Pizza Makers Challenge), using fresh Georgia peaches, hand-tossed dough and prosciutto to wow the panel of discriminating judges. The competition victory, sanctioned by the Groupon U.S. Pizza Team, earned French, 32, a trip to the World Pizza Championship in Parma, Italy, as the newest member of Groupon USPT.

French owns five restaurants in the 24-store Your Pie fast-casual operation. “I had to leave the event early, but when I got the call that I had won, I was very excited and proud to represent Your Pie, where ‘Food First’ is our commitment,” French says. “My wife is originally from the island of Ischia off the coast of Naples, Italy, so the peach-topped pizza was my attempt to blend two cultures in a taste profile that really comes together." 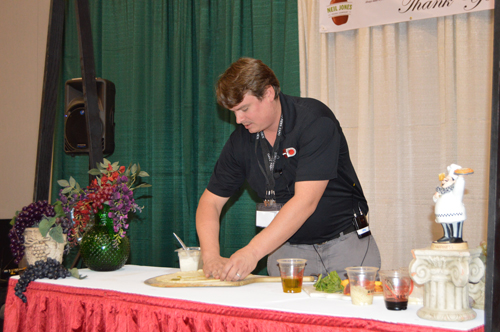 For Your Pie visionary French’s part, crafting customized 10-inch pizzas is leading to rapid growth. “We invented fast casual,” French says. “We make our pizzas in front of our customers in a brick oven, offering them 40 toppings, eight sauces and eight cheeses. I developed the concept for Your Pie while on my honeymoon in Italy.”

Your Pie is in six states and recently opened in Chicago. “I never competed in a pizza-making event before, but the Sofo family, our hosts for the event and Your Pie’s food distributor, was great about getting us involved. I wanted to show the judges that we take our food seriously and use some seasonal, locally sourced ingredients. Peaches may seem like an odd topping, but the sweetness blends perfectly with our cheese blend and the salty prosciutto. We proudly offer this option at our stores.”