You can be on TV, too! - PMQ Pizza Magazine 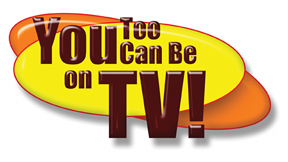 Back in the 1980's, there was a show that used to come on TV called Star Search. The show ended up becoming a veritable who's who of future celebrities. It was the steppingstone to many phenomenal careers. Star Search was the first time many of the contestants were seen by the mass public and from there their fame blossomed. The success of these aspiring wannabes was the result of taking a chance on winning and not sitting back wondering if they were good enough. The first step is always the hardest one to take and the last thing you want to happen in life is to one day have regrets about things you never attempted and wonder about what could have been. The same can be said of pizza operators. "Yeah, right," you say. "How does Star Search relate to pizzeria operators?" 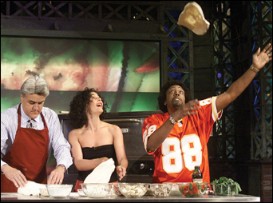 Pizza can be your springboard to fame and fortune if you take a chance. Once upon a time there was a young 18-year-old girl who started her career in pizza. For eight years she worked in her parents pizzeria making the pies and one day decided she would enter a pizza competition. Much to her amazement, she won. She went back to her little pizza shop a local hero. A couple of weeks later she received a phone call. "Hello, can we speak to Elena?" the voice on the phone said. "This is the Tonight Show with Jay Leno. How would you like to come be on the show?" Within a week, she was flown to California and appeared on national TV. You may know her as Elena Spera, the current World Champion Pizza Maker.

Listen to this story. There was a guy with a pizza shop in California. He and his brother noticed how their customers watched as they flipped and slapped the dough as they were making pizzas. Joking around, they started showing off as they spun the dough. One day one of them accidentally dropped the dough and as it fell he stuck out his foot and flipped the dough back up. The customers who were watching applauded. Of course he didn't use that piece to make the pie, but he did get an idea. He practiced his newfound skill until he felt it was perfected and entered a dough tossing competition. He ended up becoming a five-time world champion dough thrower. The result of this title was several appearances on shows like Good Morning America, the Tonight Show, the Today Show and many appearances at places like Disney World. You know him as Tony Gemignani. 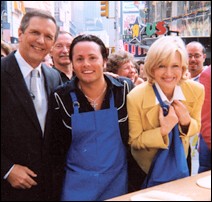 After coming back from the World Pizza Competition, PMQ worked hard to get Elena on the Tonight Show and to promote Tony's appearance on Good Morning America. Why? Because we feel that competitions like these serve as a great way to promote our industry. Every time a pizza maker wins a competition, it's an opportunity to show the world what we do as pizza makers. Another thing pizza guys may not realize is the marketing value in these competitions. Everyone who has entered and placed has seen dramatic increases in sales. They should, their abilities have earned them an elite position as one of the best. Your customers want the best and new customers will travel to try the best. Sean Brauser, winner of the Traditional category at the Mid-America Pizza Show and U.S. Pizza Team member decided two days before the competition to enter. He won a free trip to Italy, his sales are up, and he was interviewed by several media outlets and has many new customers coming in every day. 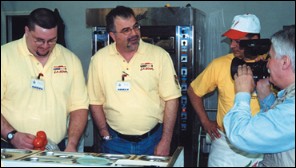 The sponsors of the U.S. Pizza Team reap some of the rewards, too. They have their logos on nearly everything associated the event. When the pizza makers compete, the sponsors' logos are on their shirts, on banners around the competition area, in the magazine coverage, on the web sites and on press releases sent out before and after the event.

Someone reading this will experience the thrill soon. By next March, PMQ will award six pizza makers the title of "Best." They will go to Italy, they will see an increase in sales, they will become local celebrities and they could end up on national TV. Will it be you? All you have to do is take the first step and enter the competition. You could be next.