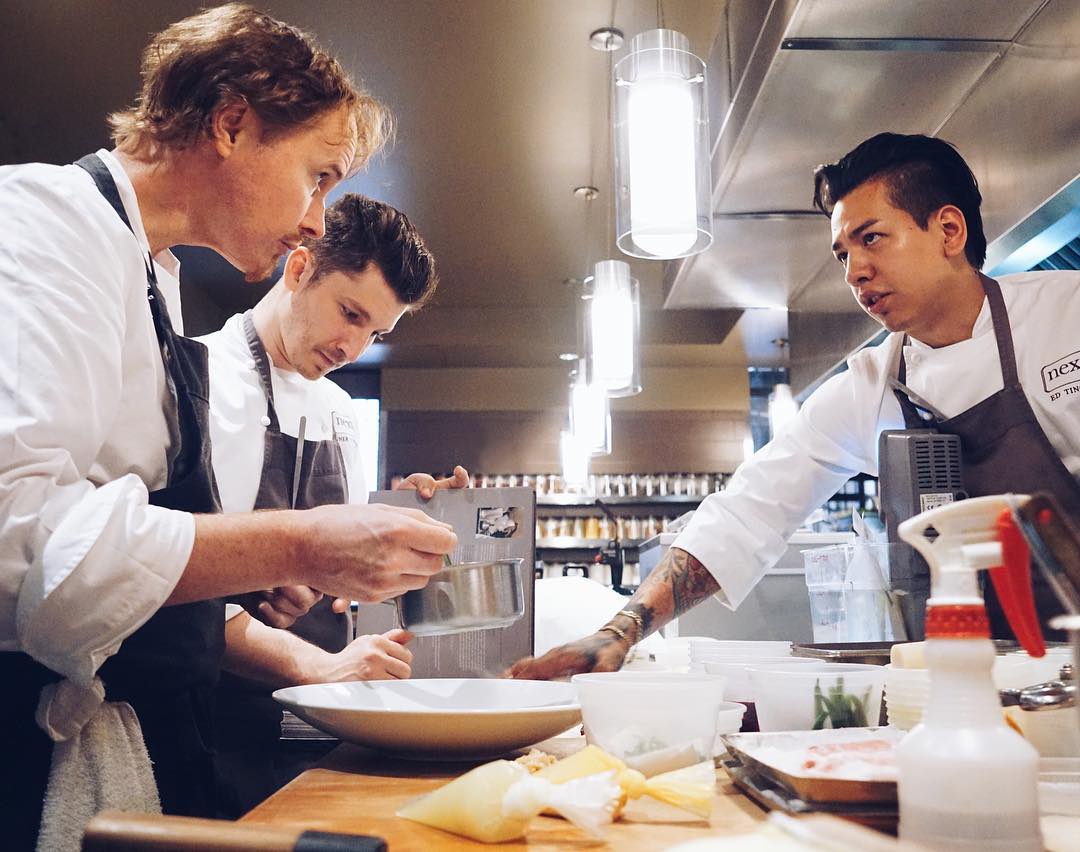 Chefs at Alinea, a fine-dining restaurant in Chicago, discuss a tasting menu for a promotion called the Next.

A Yelp campaign to raise funds for restaurants and other small businesses affected by the coronavirus pandemic just made some owners irate, forcing Yelp to hit the pause button.

Yelp announced last Tuesday that it had partnered with GoFundMe “to provide a fast and simple way for independent businesses to start fundraisers and accept donations through their Yelp pages.”

The problem was, no one apparently thought to ask the business owners’ permission before automatically setting up the fundraisers on their Yelp pages—and opting out proved a difficult process for slammed restaurateurs with little time to spare.

Yelp has since suspended the initiative and said it will look for “a seamless way for businesses to opt into the program, as we have received a great deal of interest and support for the program from both consumers and businesses alike.”

In a March 23 blog announcing the initiative, Yelp said its data shows “U.S. consumer interest for restaurants has fallen 67% since March 10.”

To help out, Yelp said it was adding “donate” icons on “participating businesses’ Yelp pages,” allowing customers to donate to their favorite restaurant or other business. The Yelp Foundation and GoFundMe pledged to match up to $1 million in donations.

A cry for Yelp: 5 tips for pizzeria owners to manage their Yelp pages

But the “donate” buttons were added to businesses’ pages whether they had agreed to participate or not. Yelp said it had sent instructions on how to claim the raised money or opt out of the program, but some business owners said they never received the info and that the opt-out process was arduous.

Nick Kokonas, founder of the Alinea Restaurant Group, which operates fine-dining establishment Alinea and several other restaurants in Chicago, even hinted that he might sue Yelp. “It is unconscionable of you to create a page for my restaurants trying to take advantage of this crisis for your companies, under the guise of ‘helping,’” Kokonas tweeted. “Immediately remove all Alinea Group properties. I hope someone sues you … I might once I have time.”

But Kokonas barely even had time to opt out of the program he hadn’t signed up for in the first place. As he explained to the Chicago Tribune, “There was no way to take it down without calling, waiting an hour, being told it was ‘good for you,’ and then you’d have to produce your ID and EIN and such to prove you own the business and have it removed,” he said. “I didn’t feel like dealing with that, so instead I just tweeted at them and shamed them into pulling down the program.”