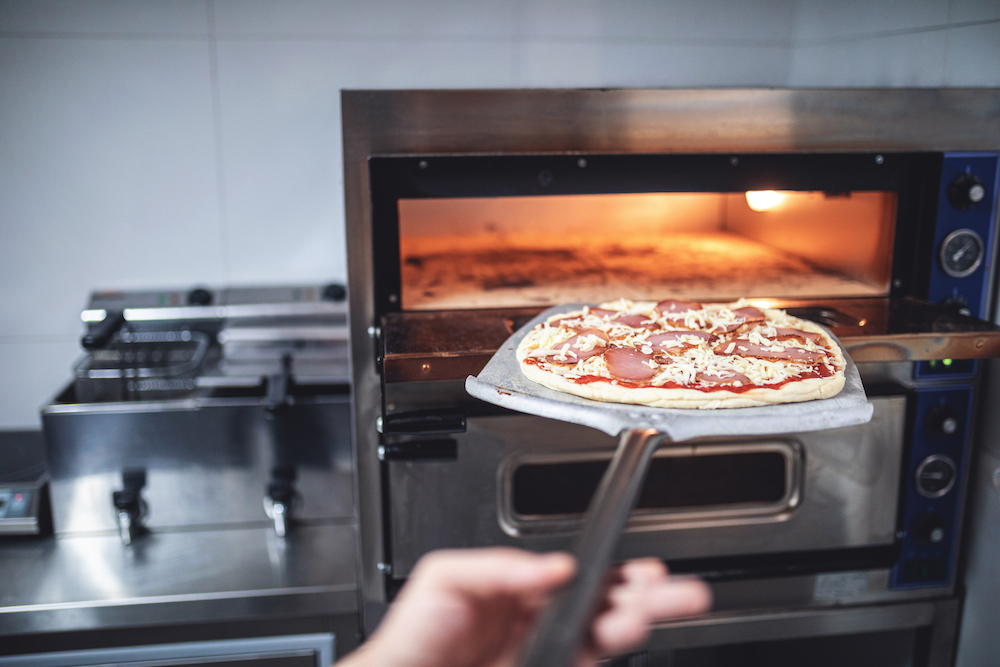 Related: Understanding the role of yeast in pizza dough

Yeast-free pizza dough isn’t exactly unheard of. Alternatives to yeast, such as baking powder and baking soda, can cause dough to rise when combined with an acid like buttermilk or lemon juice. But scientists in Italy have a different approach in mind, inspired by the formation of bubbles in polyurethane and other polymers.

According to NPR, Ernesto Di Maio, a materials scientist at the University of Naples Federico II, and his colleague, chemical engineer Rossana Pasquino, have developed their own additive-free method to create a yeast-free pizza crust.

The researchers are using pressurized gas, such as helium and carbon dioxide, to form bubbles in pizza dough and create rise. They place their yeast-free dough in an autoclave—a kind of pressurized oven used to kill dangerous bacteria, viruses and fungal spores—and, when the time, temperature and pressure is just right, flood it with the gas. The method, NPR says, is similar to carbonating soda. Once the pressure is released and heat is added, bubbles form and the dough rises as it bakes.

Owing to the small size of their autoclave, Di Maio and Pasquino had to work with really, really small pizzas—like half the size of a penny. But the process worked, yielding a finished dough with an airy texture and a taste that’s “exactly like the yeast pizza,” according to Di Maio.

Di Maio wanted to develop a yeast-free pizza dough in part for a personal reason: He is severely allergic to yeast, and pizza and bread cause him to break out in a rash. “It’s quite hard in Naples not to eat pizza,” he told NPR. “People would say, ‘Don’t you like pizza? Why are you having pasta? That’s strange.’”

Di Maio and Pasquino had some help from a pizza industry insider: Paolo Iaccarino, a Ph.D student who also makes pizzas for a Naples restaurant on the weekends.

But yeast-free pizza could be missing some vital characteristics, according to Francisco Migoya, head chef at Modernist Cuisine and the co-author of the new book, “Modernist Pizza.”

“Yeast does so many things to dough besides fermentation, like the flavors that you find, the complexity of aromas,” Migoya told NPR. “I’d really need to taste this to make sure that what [they’re] saying has any sort of objective truth to it.”

But Pasquino said yeast-free pizza offers advantages, too, and not just for people who are allergic to yeast. It can save a lot of time since the dough doesn’t need to be proofed. Next, she and Di Maio hope to scale the method with a bigger autoclave to make a 10” yeast-free pie.

“We had a lot of fun applying things we know well to delicious polymers instead of our typical and sometimes boring smelly plastics,” Pasquino told SciTech Daily. “The idea of approaching food samples with the same technologies and knowledge used for thermoplastic polymers was surprisingly successful!”

Even so, Iaccarino, the pizza maker/Ph.D student, knows pizzaioli won’t be going yeast-free anytime soon. “If you think about generations of pizzamakers in Naples, you surely cannot say, ‘OK, take your pizza, put [it] into the rubbish, and use our pizza to substitute completely.”