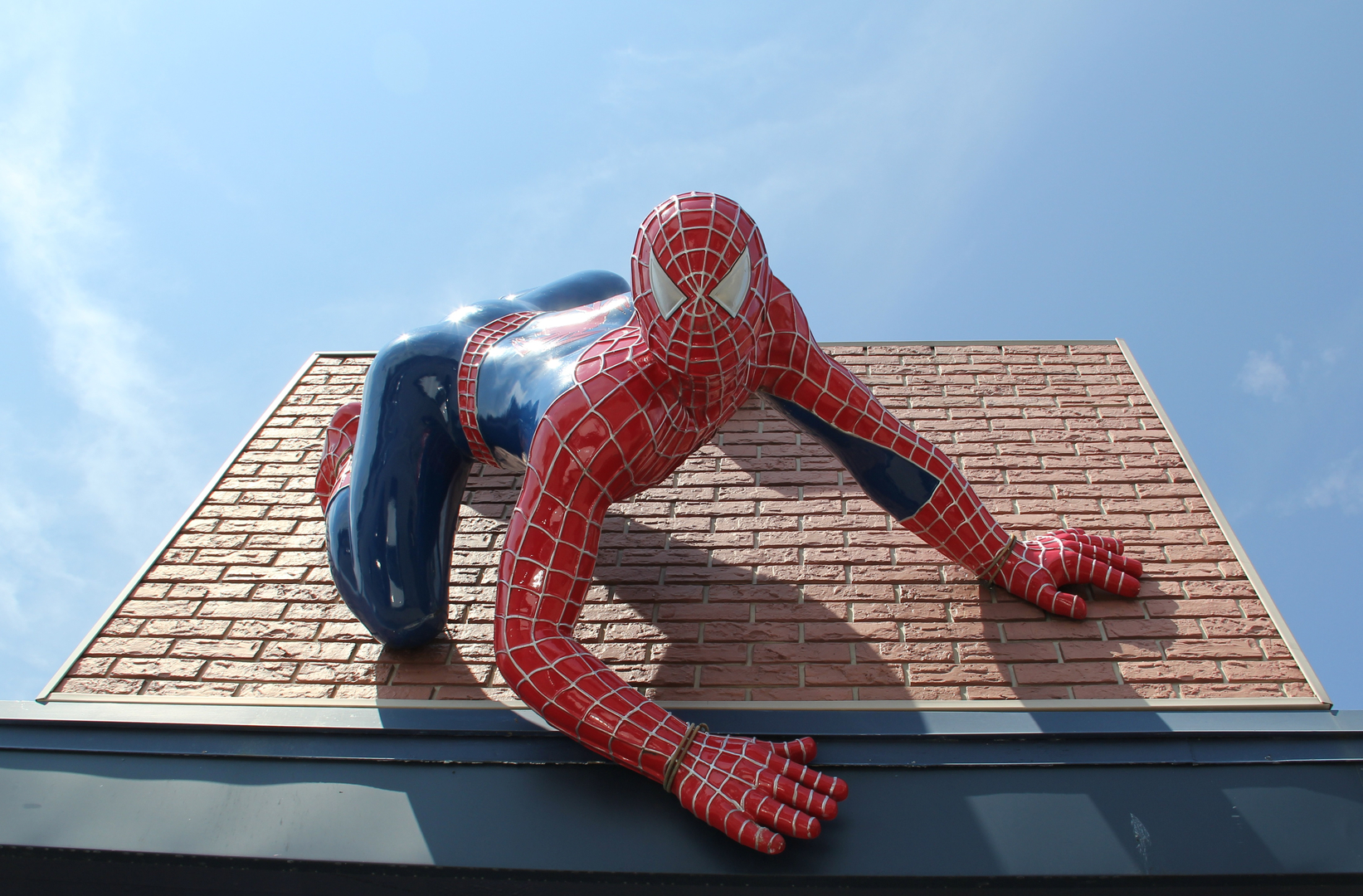 An ever-vigilant Spider-Man crouches on the roof. Thor and the Flash stand guard near the video games. A towering Hulk snarls, fists clenched and ready to strike, in a corner.

If you don’t feel safe from super-villainy at the Comic Book Café, you probably deserve to be kidnapped by Magneto.

Located in Grand Island, New York, the store is actually one-half of a cosmic entity known as Say Cheese Pizza Co./Comic Book Cafe—not necessarily the “secret-identity” half, more like Captain Marvel to Rick Jones, with both “personalities” sharing a single mind and…

Oh, never mind the tortured superhero metaphors. It’s a combination pizzeria and comic book store, and we probably should have just said so from the start. 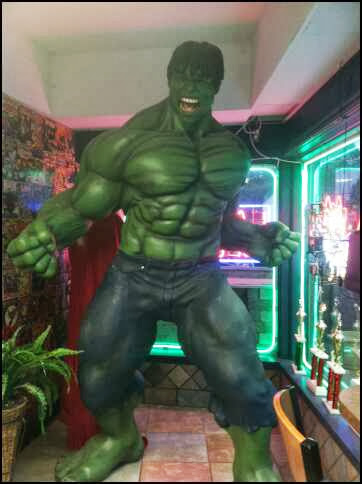 From life-sized statues of crime-fighting crusaders to Star Wars toys, memorabilia and rare comics, the Comic Book Café is “beloved” in its neck of the New York woods, according to the Buffalo News. Kids dig it for the obvious reasons, while adults turn out for the pies and local craft brews, including the recently released Krack Noon Island Pale Ale as well as Magic Hat #9 and the Hayburner IPA from Big Ditch Brewing Company.

The themed restaurant also heroically serves its customer base with events like “My Nerdy Valentine,” described as “a Valentine’s Day event for nerdy couples and singles,” visits from the Bud Light Girls, and the Say Cheese Golf Tourney, an all-day affair that includes 18 holes with lunch and beer on the links followed by a dinner buffet and two-hour open bar back at the restaurant. 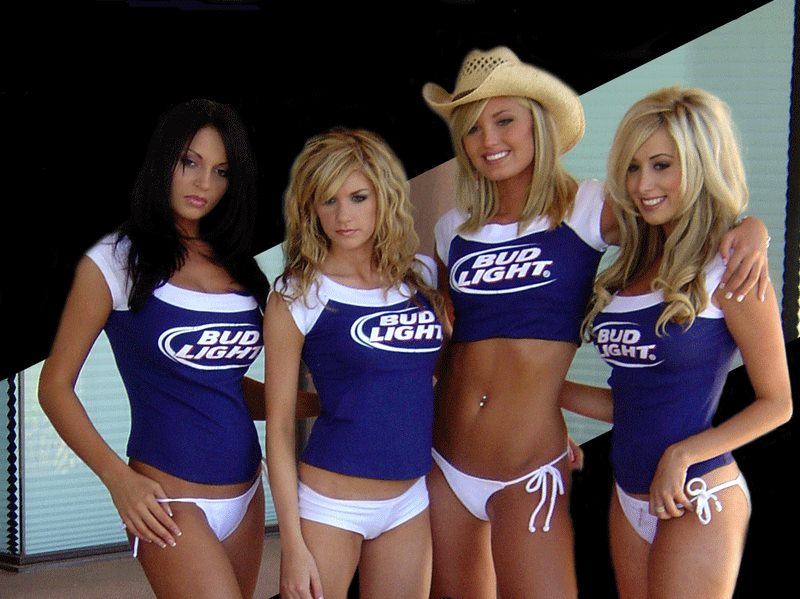 Founded in 2004 by Kevin Slachciak, Say Cheese/Comic Book Café isn’t the only comics-themed pizza shop in the country—we have reported before on Gotham City Pizza in Ormond Beach, Florida—but it may be the first. (If you know of an older one, email rick@pmq.com with the details.) And, according to a report by Buffalo’s WGRZ, “the food doesn’t disappoint,” thanks to “standard fare with a twist, like unusual wing flavors from spicy Parmesan to peanut butter and jelly” as well as the Cajun-spiced hot fries.