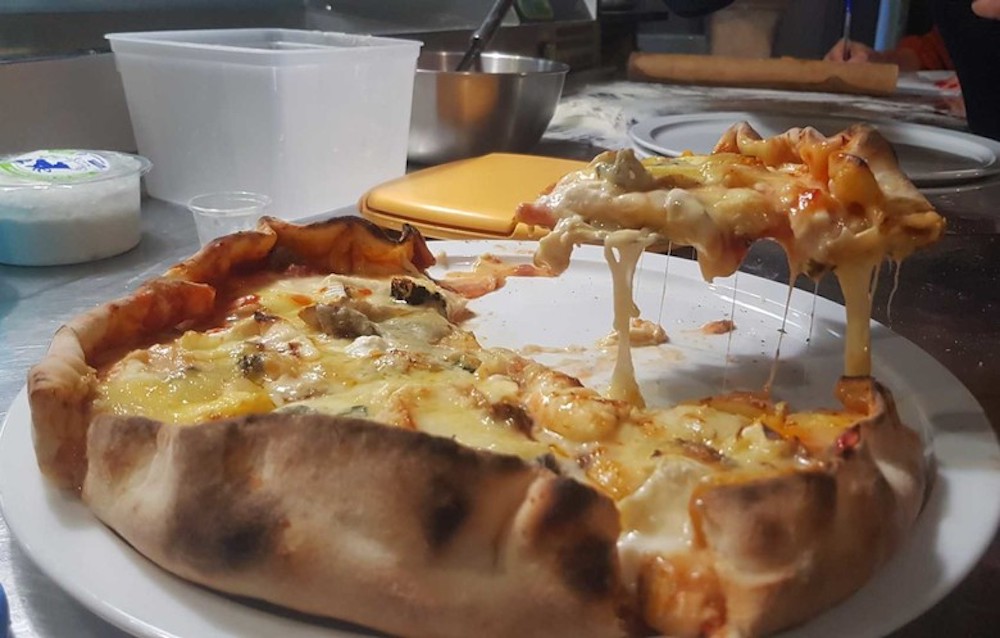 A French chef has set a new record for the cheesiest pizza on the planet, Guinness World Records announced.

Benoît Bruel set the record on behalf of Déliss’ Pizza in Lyon. He topped a 12-inch pizza with 254 varieties of cheese on February 22 and, after compiling the required evidence, has received official recognition for the feat du fromage from a Guinness tribunal. As Grub Street reports, Bruel’s pie easily bests the previous record of 154 varieties of cheese on a pizza set by Australian chef John Di Francesco.

“Benoît took this as a patriotic challenge, as one of the things France is most famous for is its cheeses,” Guinness World Records stated in a website post about the record-breaking pie.

As of this writing, Bruel has not released the full list of cheeses piled onto the pizza. But, after watching a Facebook video showing the pizza under construction, eagle-eyed Grub Street observers concluded that the varieties include “Tomme Artisanale Suisse de la Venoge aux truffes, Rocamadour, Manigodine, La Vieielle Louche, Quattrocento, raclette, Picolin, Comté 9 mois, an eight-month Comté 8, and Chaource, among several hundred others.”

In the video, Bruel can be seen meticulously sampling and weighing each cheese ingredient, all sourced in France, down to a few dozen grams each. The pizza weighed more than one-and-a-half pounds.

According to the New York Post, Bruel said each package of cheese used on the pizza cost about $4, bringing the one-of-a-kind pie’s total cost to roughly $1,000. Déliss’ Pizza allowed a few customers to purchase slices for under 50 euros apiece.