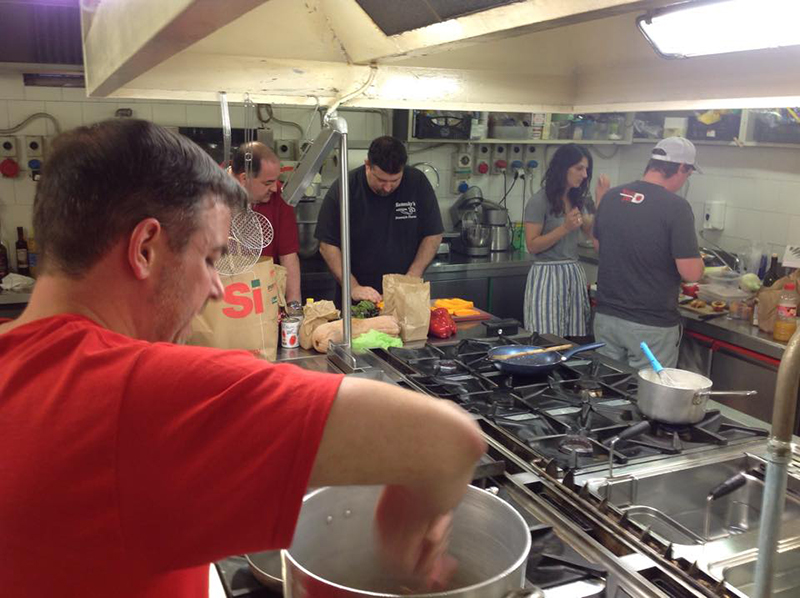 The Groupon U.S. Pizza Team arrived in Parma, Italy, this weekend for the 2016 World Pizza Championship, which begins Monday. Several team members will compete for the first time, joined by veteran members such as Master Pizza owner Michael LaMarca, who said he has great confidence in the team's renewed structure and focus. “Everything for the last three years has led up to this,” LaMarca says. “We've been building relationships with Italians and learning what it is they look for in a winning pizza. Our scores, which keep improving year to year, reflect this effort.”

On their first full day in Italy, the teammates bonded while touring Castello Torrechiara and sharing an elaborate meal at the Taverna del Castello. They were joined by the Chinese Pizza Team, also in Parma for the 25th annual competition, in a cross-cultural celebration of a food whose origins may be Italian but which has become truly borderless.

Earlier, the team visited several shops and markets in search of the freshest and most authentic ingredients. Some of the talented pie-slingers are only now developing their recipes and game plans, based on the products they come across in the local markets.

“I don't know what I'm going to do yet. We'll see, depending on what I find,” offers team member Jamie Culliton, who, in addition to his culinary game, is the defending silver medalist in freestyle acrobatics.

At presstime, several members were working tirelessly in the kitchen well past midnight, trying to dial in ingredients for the first day of competition on Monday.

Meanwhile, one rookie member of this year's Groupon USPT is no novice to Italian cuisine. Drew French, the founder of the rapidly growing Your Pie franchise, fell in love with the country many years ago. French subsequently dedicated his life to bringing authentic Italian pizza craftsmanship to the American market. “I can't wait to see what I can come up with for the competition,” French teases. Neither can we.