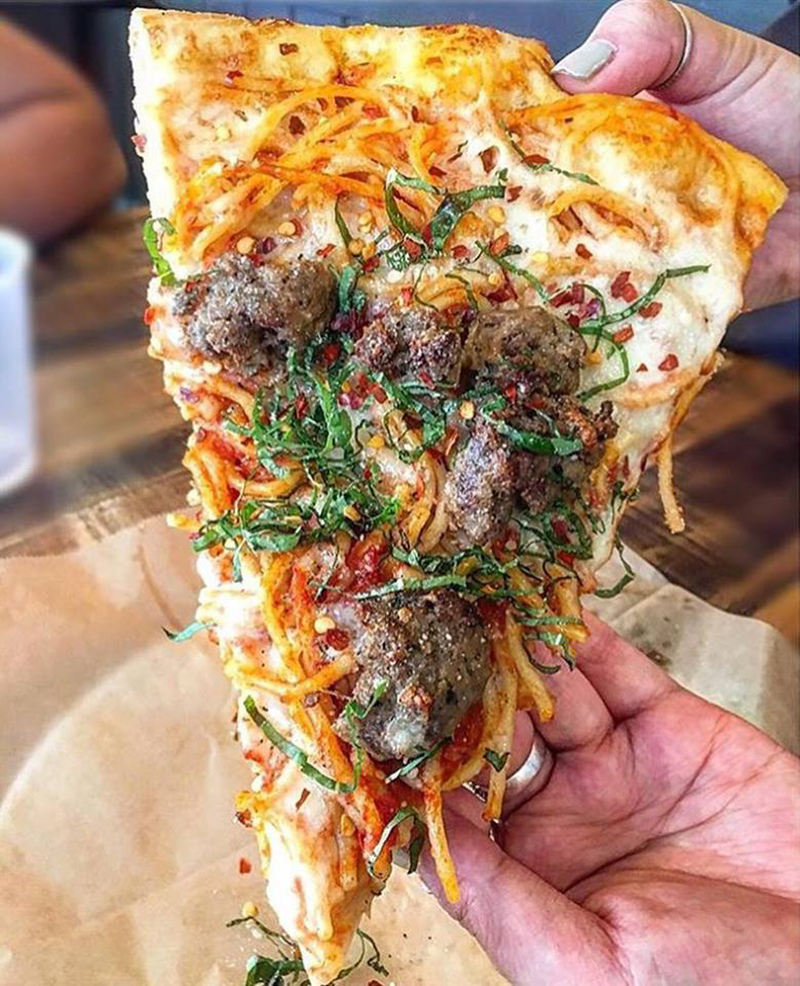 When you’ve got a secret menu item just for in-the-know customers, you probably don’t want to keep it too secret. Otherwise, you’ll miss out on some great free publicity, such as the recent Foodbeast.com story on Jinny’s Pizzeria, which has since been shared on other foodie sites around the country, including the Daily Meal.

Located at the 4th Street Market in San Francisco, Jinny’s Pizzeria has earned national recognition after Foodbeast reported on its Spaghetti Pizza, which the website described as “a stunning pasta pie that’ll put even the hardest workers to sleep.” Jinny’s owner Nathaniel Nguyen told Foodbeast that the item started out as a joke—he just thought it would be funny to throw some spaghetti, meatballs, marinara sauce and pecorino romano cheese on top of a pizza crust.

But the joke dish, which proved to be a hit with Jinny’s staff, soon “turned into something amazing,” and now customers can order it by the slice on weekends or get a whole pie on weekdays. In fact, now that the secret is out, Jinny’s has begun publicizing the Spaghetti Pizza on its Facebook page.

According to Jinny’s website, the tiny single-unit shop dishes out “California-style pizza with a dash of New York attitude.” Orange Coast Magazine recently ranked Jinny’s at No. 15 in its “OC’s Best Pizza” list.