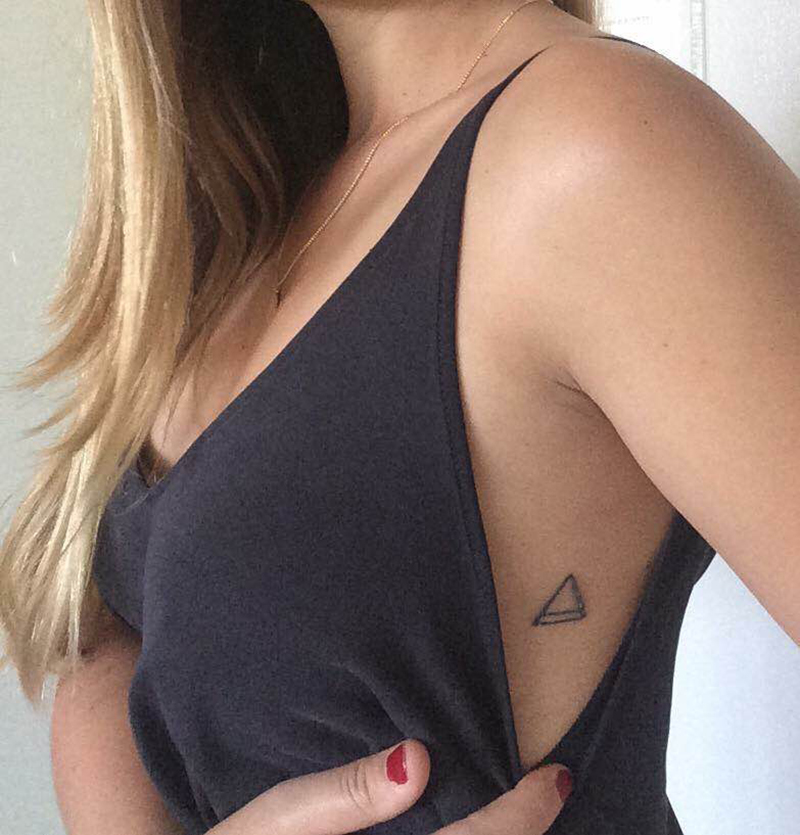 Sure, everyone loves pizza. But do they love pizza enough to have a gooey slice permanently tattooed on their bodies? That’s exactly what more than 25 employees at a family-owned pizzeria company, Woodstock’s Pizza in California, have done.

Woodstock’s isn’t your run-of-the-mill pizza joint. When Chuck Woodstock opened the first location in 1977, his goal was to create a fun, student-oriented pizzeria that dished up amazing pies using his grandmother’s marinara recipe.  The company has since kept growing, but every location throughout California is still committed to this goal while focusing on a fun, light-hearted culture where employees have the freedom to grow in the company. In turn, employees have sealed their commitment to Woodstock’s and its history in a permanent way—with a tiny, black-ink triangle representing a cheesy slice of Woodstock’s pie.

The tattoo phenomenon started in 2013 when a Woodstock's staffer received a tattoo gun as an “Employee of the Month” gift. Manager Kyle Kelso was the mastermind of the saucy operation and proceeded to tattoo himself and three other Woodstock’s employees with a black triangular slice. “I really liked the simplistic black triangle design because it gave a wider variety of people the opportunity to get it,” Kelso recalls. “Not everyone is down to tattoo a big ol’ colored slice of pizza on their bodies, and parental guidance usually agrees with that.” 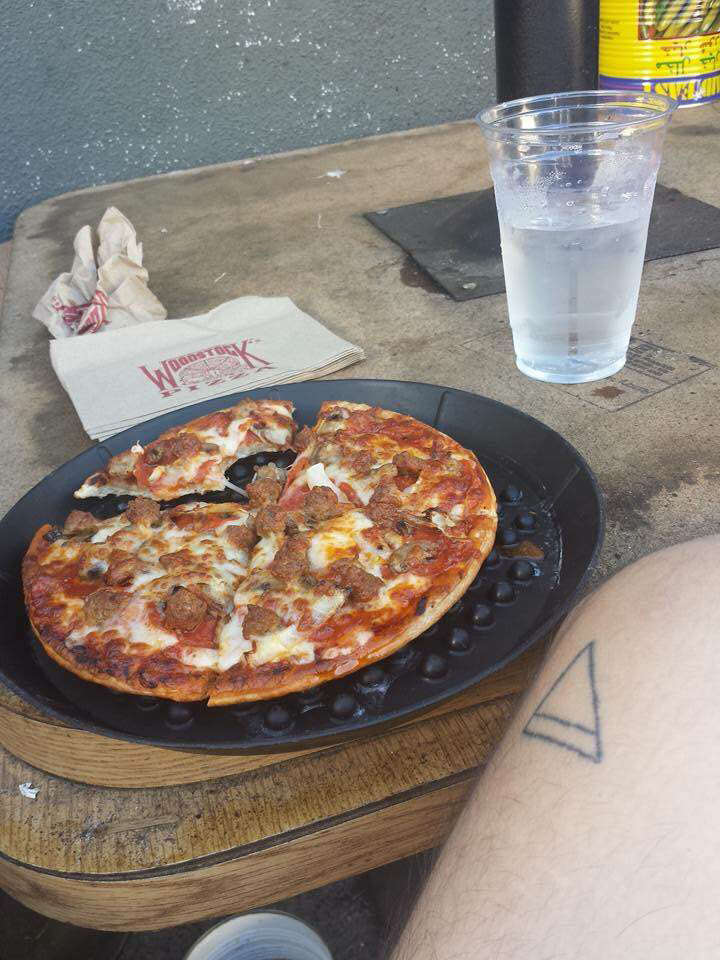 Word of the tattoos soon spread among Woodstock's artsy crew. Little did Kelso know his act would go on to inspire over a dozen others to follow suit. “From what I remember, it all started out as a joke that quickly turned into a reality,” he says. “One by one, sometimes groups at a time, employees would end up with a pizza slice on their arm, rib, leg, etc. I was super-down to become part of the cause.”

So was Woodstock’s longtime employee of over eight years, James Glover. James started at Woodstock’s when he was a freshman in college in 2008. Since then, he has worked in almost every position at the company before moving his way up to general manager four years ago. “Honestly, Woodstock's genuinely cares about its employees and community," Glover says. "I'm grateful I've been able to be such an active member for such a progressive company. With 34 years under our belt, we're the longest-standing restaurant in Isla Vista. It's inspiring to see such young ambitious people actively participating in our success. There is such a thing as a family restaurant, but at Woodstock’s it is a restaurant family. What motivates people to get the tattoo is the loyalty they have to each other."

In 2014, this loyalty led Glover to start a Facebook campaign around getting his own tattoo. In the post, he said he’d have a personal meeting with Kelso’s tattoo gun if the post garnered 1,000 likes. “Honestly, I just thought it would be funny. I was thinking about getting one anyway. I figured I'd let the people decide. We got 1,000 likes in all of 6 hours or so. It was multiple thousands by the end of it all.”

What does Glover think about the future of the beloved Woodstock’s tattoo? “It’s hard to say. It's been three years now, and people are still getting the tat. I guess we will have to see!”

To date, more than 25 Woodstock employees sport the inconspicuous little tattoo somewhere on their bodies. “Pizza is what brought us all together as coworkers, but the tattoo represents the lifelong family and friendship it has provided,” says Kelso, who started the trend.

Want to see more of the tattoos and the band of employees who sport them? Check out Woodstock’s Instagram page at https://www.instagram.com/woodstocksiv/ (completely controlled by the employees themselves!).