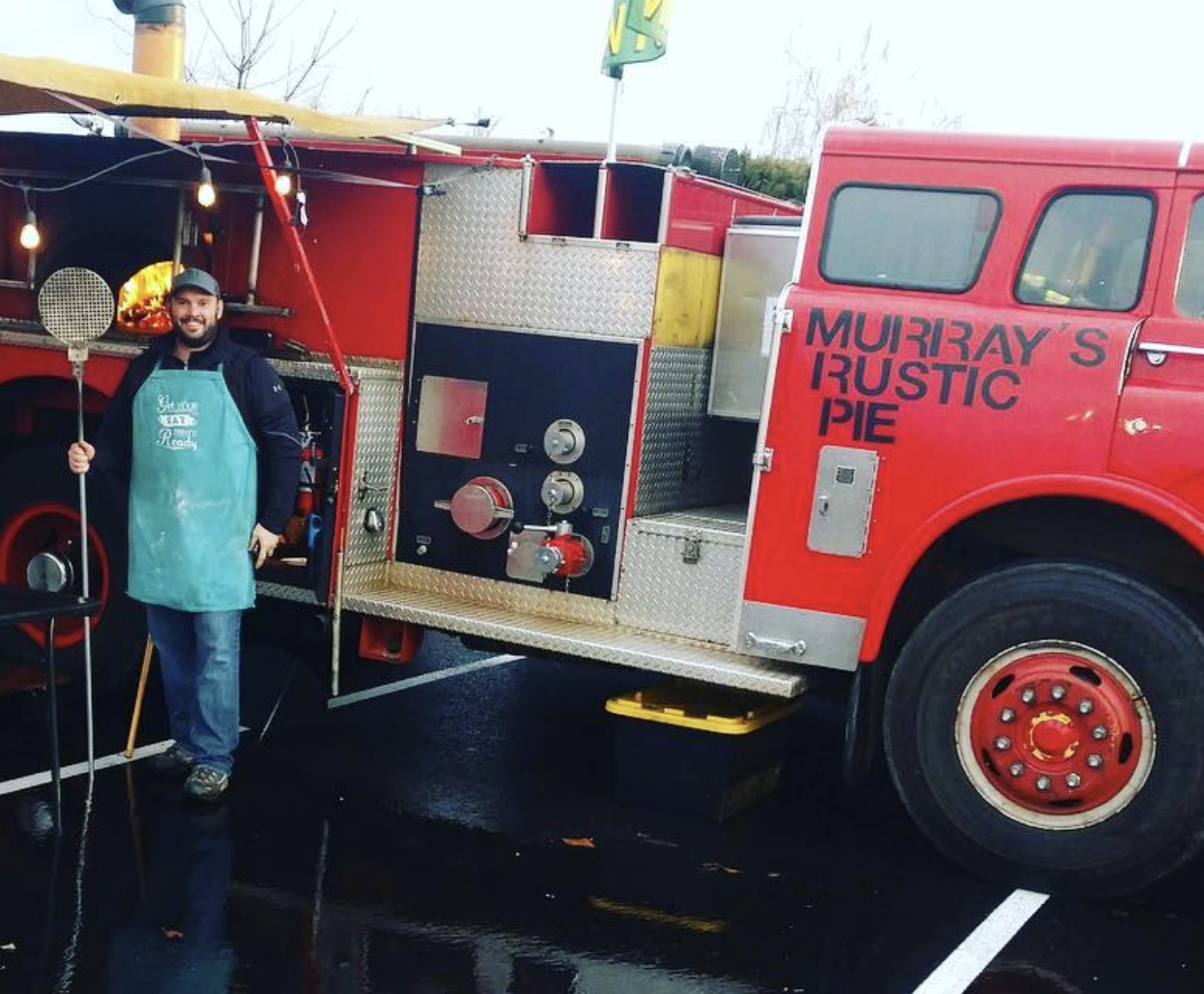 A fire within a fire truck? Murray’s Rustic Pie in North Olympia, Washington, is the reason for this paradox. Christopher Murray, owner of the mobile pizzeria, was a firefighter for 16 years and drove Engine 72, a 1979 Ford Pierce model, on its last call before buying it in 2013 with a plan to convert it to a pizza truck.

Before starting Murray’s Rustic Pie, Murray peddled pies out of the back of a 1977 Datsun pickup. In his latest enterprise, he has converted the old fire engine to house a wood-fired pizza oven that can bake pies in two minutes.

The compartments that once held firefighting equipment now have storage space for firewood and pizza toppings, a water pump, a prep sink, a slide-in refrigerated prep rail, a reach-in refrigerator and even a television on which Bob Ross can be seen painting through the fire truck’s windows. Murray even assembled the awning out of ladders and a fire hose.

He and his wife, Janene, now serve upwards of 30 pizzas a day in the driveway of their home and have driven the truck to weddings, breweries and local farmers’ markets.

“It doesn’t seem like work to me,” he said to the Union-Bulletin. “This has been a dream of mine since I was a kid.”

Murray’s three older brothers each own a wood-fired oven pizzeria, from Stone Creek Wood Fired Pizza in Washington to Riggatti’s Wood Fired Pizza and The Pizza Cart Wood Fired Pizza in Utah. It was a no-brainer for Murray since building ovens came easy to him. He recalled building his first oven out of dirt, straw and sand in a kiddie pool. It took just two weeks for him to convert the fire truck to a food truck.

Murray also told the newspaper that he is waiting for another fire truck to retire, the first truck he ever responded to an emergency in, so he could convert it into another pizza-baking fire truck.