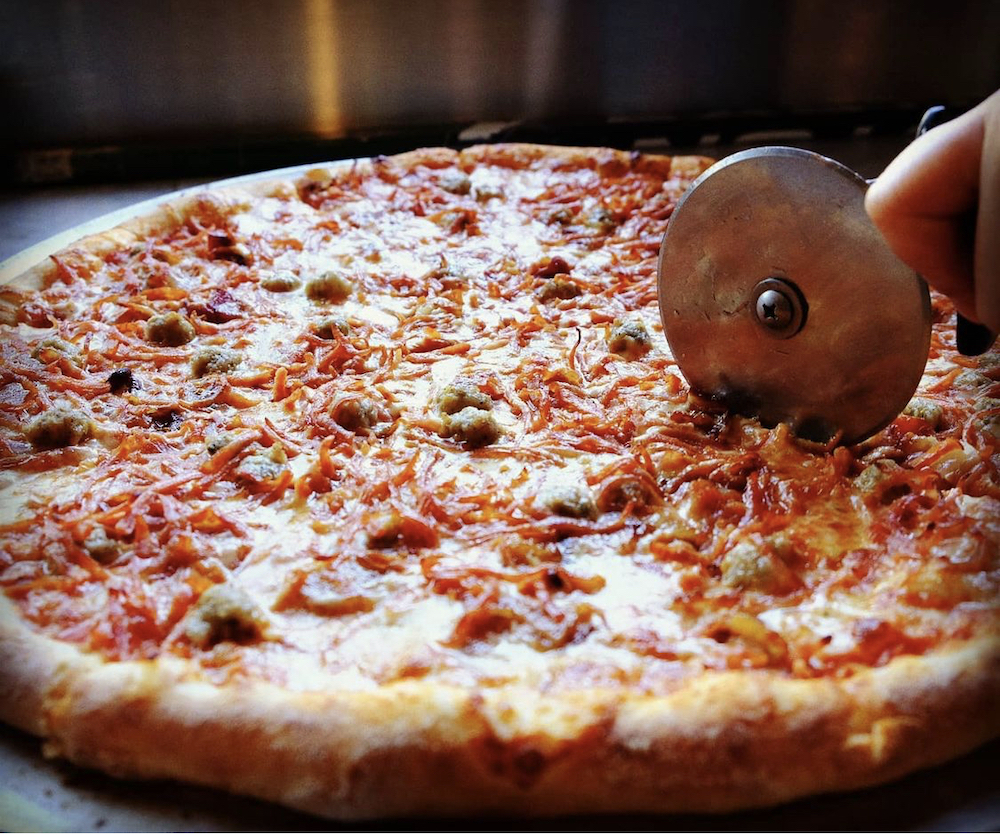 Related: This unique pizza style has put Windsor, Ontario on the culinary map

George Kalivas has eaten a lot of “amazing” pizza in New York, but he believes his hometown of Windsor, Ontario, Canada, can match it in quality. And it bugs him that most people don’t know that. Now he has created a documentary to spread the word and put Windsor on the pizza map.

Titled “The Pizza City You Never Heard Of,” the film focuses on pizzerias and pizza makers who can compete with any in North America, while also shedding light on the essential characteristics of a true Windsor-style pie.

To make the film, Kalivas, a Toronto-based Warner Music executive specializing in hip-hop, went on a road trip across the city, which has the most pizzerias per capita in Canada. Windsorites who move to other cities or countries often get their pizzas shipped from Windsor pizzerias because they believe nothing compares to the pies they grew up with, Kalivas says.

In an interview with Toronto Life, Kalivas said he came up with the idea of a documentary about Windsor-style pizza when he was 18. “After high school, I moved to New York,” he said. “I was, like, ‘Yo, we should go to T.G.I. Fridays,’ and people looked at me like I was insane. Instead, I was introduced to all of these mom-and-pop restaurants and diners and so much great pizza at legendary places—Di Fara, John’s of Bleecker Street, Prince Street. Everything was amazing, but every time I thought, ‘The pizza from my home town is just as good.’ I’m not saying it’s better—just that, when you’re talking about the world’s best pizza cities, Windsor belongs on that list.”

Upon returning to Windsor, he partnered with Tristan Laughton, who directs “The Pizza City You Never Heard of,” to prove it.

Kalivas described the typical Windsor-style pizza in the Toronto Life article. “The first thing is the crust, which is between thin and thick—not as thin as a New York slice, not as thick as Sicilian. We use a bread-baking technique and flour mixed with cornmeal. The second thing is our sauce, which has a slightly sweeter taste but also a kick. It’s not that mild, middle-of-the-road sauce that you find in other cities. The third thing is a local cheese called Galati, which is a high-fat mozzarella from a local creamery. When I say high-fat, I mean like high-fat. You can only find it in southwestern Ontario. If places don’t use Galati, Windsorites will spit it out.”

Another distinctive trait of a Windsor-style pizza: shredded pepperoni strips. “In Windsor, we don’t do the grease cups,” he said. “We shred our pepperoni so that you can get a bit in every bite. And then there are our mushrooms, which are canned rather than fresh, so they maintain their moisture in a 700-degree oven. I know it sounds weird, but it works.”

According to Kalivas, a now-defunct shop called Volcano Pizza kicked off the pizza scene in Windsor back in the 1950s. “A lot of the people who now run some of Windsor’s best pizza places worked there when they were younger, and the recipe has come from there like a family tree.”

“When I first heard about Windsor being a pizza city, I had no idea what to expect, but, believe me—it lives up to the hype,” Laughton, a Toronto-based filmmaker, told Complex in a recent interview. “I didn’t know how popular it was down there. This was a personal story for George that became a passion project for me. I wanted this film to get people excited enough to plan a road-trip to Windsor to try some of the best pizza around.”

Kalivas plans to screen the documentary at Canadian film festivals this fall and is also looking for a deal with a streaming service. It features a score by Canadian hip-hop artist Dom Dias. You can watch the trailer below: