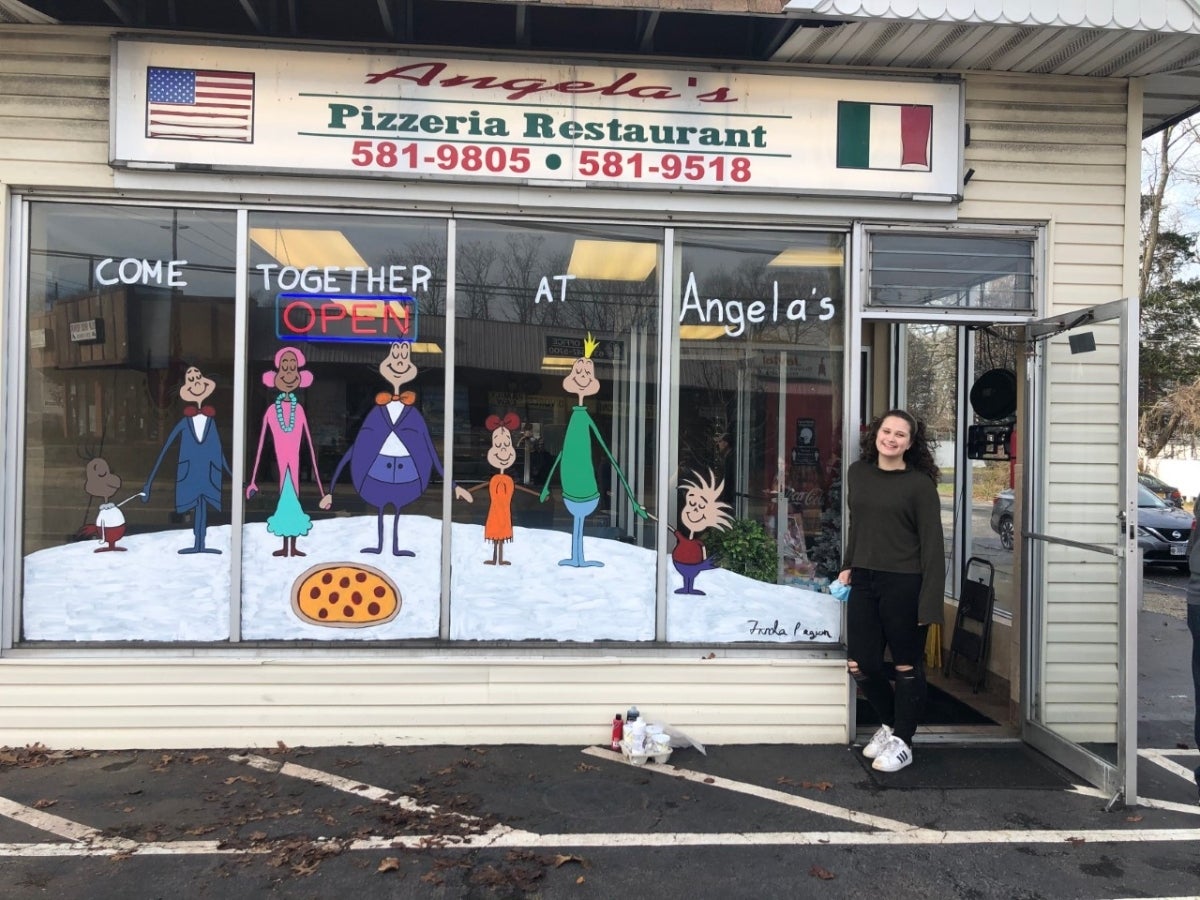 Finola Pegion, a student at Islip High School, won a year of free pizza for her artistic contribution to the pizzeria’s front window. She took inspiration from Dr. Seuss to paint a family of Whoville-style characters holding hands underneath the words, “Come Together at Angela’s.”

Related: Pizzeria owners should keep up with these technology trends in 2021

Angela’s owners, Tara and Vinny DiMaio, both graduated from Islip High School’s Class of 2005. They took over the restaurant in September after its previous longtime owners, Sal and Frencesca Cilluffo, retired, according to Patch.com. The couple dreamed up the contest as a way to connect with and give back to the community that they love.

“We believe that pizza brings people together, and we believe in supporting our community, its people, and bringing you a sense of home anytime you stop in for [a] slice,” the DiMaios posted on Facebook recently. “We’re thrilled with [Pegeon] and the art she painted on our windows. It shows people coming together for a pie … As far as community, we hope that we’ve shown that we are here for you. We do [everything] with our customers in mind, and we won’t hesitate to step up to help anyone in need.”

In addition to the window-painting contest, Angela’s has been hosting a toy drive for needy children throughout December. Anyone who donates a toy receives $5 toward a purchase of $10 or more.

The DiMaios were high-school sweethearts, and Tara was a regular at Angela’s Pizzeria under its previous ownership, she told Patch.com. “I spent a lot of time in Angela’s, where I became good friends with the previous owners’ late son, Vinny,” she said. “I sat in the same booth that’s here now almost every week!”

Located on Long Island’s South Shore, Islip is one of 10 towns in Suffolk County, New York.