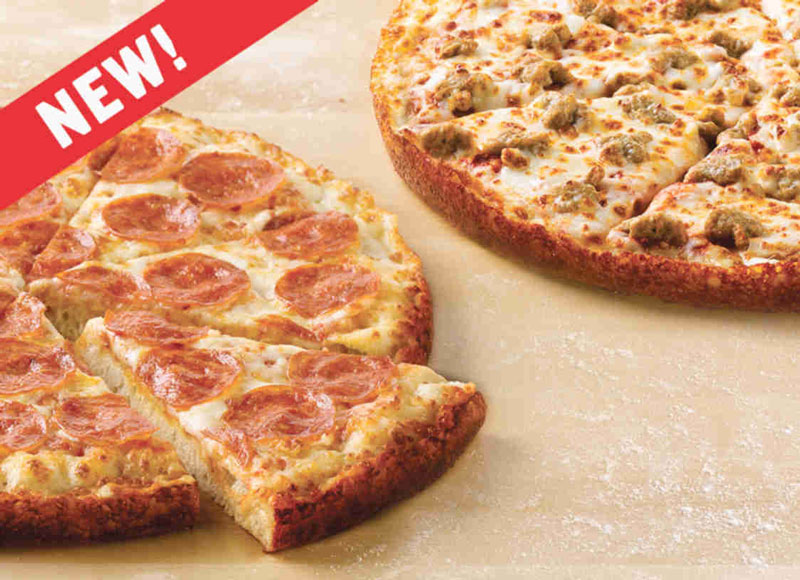 Fans of Papa John’s have long wondered why the megachain didn’t offer a pan pizza. Now it’s a moot point, as the company announced what it’s calling its biggest launch in more than a decade.

According to Sean Muldoon, Papa John’s chief ingredient officer, it took a year and a half to develop a pan pizza with the desirable “cheesy, buttery, crispy” flavor profile, BusinessInsider.com reports. “One of the reasons we haven’t had pan in the past is that pan crust is thicker and hardier,” Muldoon told the website. “It takes longer to bake.” In fact, some Papa John’s stores will have to install new technology to handle the new offering.

The company says it will distinguish its pan pizza from competitors’ products by highlighting quality and “cleaner” (non-artificial) ingredients.

As BusinessInsider reports, Papa John’s hopes the new style will attract customers who eat only pan pizza, which has long been available at many independent pizzerias as well as other major chains. It has already brought in “a significant number of new customers, who Muldoon says had been primarily ordering at competitors,” the site adds. The new pan pizza accounts for a double-digit percentage of sales in test markets, which is similar to the sales of its thin-crust pizza. The company hopes the new style will ultimately make up more than 10% of its nationwide sales.

So how does it taste? A blogger for BrandEating.com says he ordered a pan pie with spicy sausage, onions and mushrooms. The review described the sauce as “more tomato-y and less sweet than Papa John’s regular sauce [with] a heavy dose of herby notes. It reminds me more than a little of spaghetti sauce, but I enjoyed it. There was a good deal of toppings, and the combination I went with packed a good deal of flavor…The crust itself was disappointing. It was crunchy, but dry at the surface like toast. I’d guess they don’t brush it with much oil or butter before cooking. Either a reasonable sweep of olive oil or butter…would have also helped in the taste department, as it was pretty blah there.”

“Overall, Papa John’s Pan Pizza was very disappointing to me,” the blogger concluded. “The crust falls far behind similar pan pizzas from their other three big competitors. Fortunately, the toppings and sauce made eating it easy enough.”

For another perspective, watch this video review. “It is better than Domino’s pan pizza, in my opinion,” he says. “It’s a well-structured, flavorful slice, and I’m not disappointed at all.”