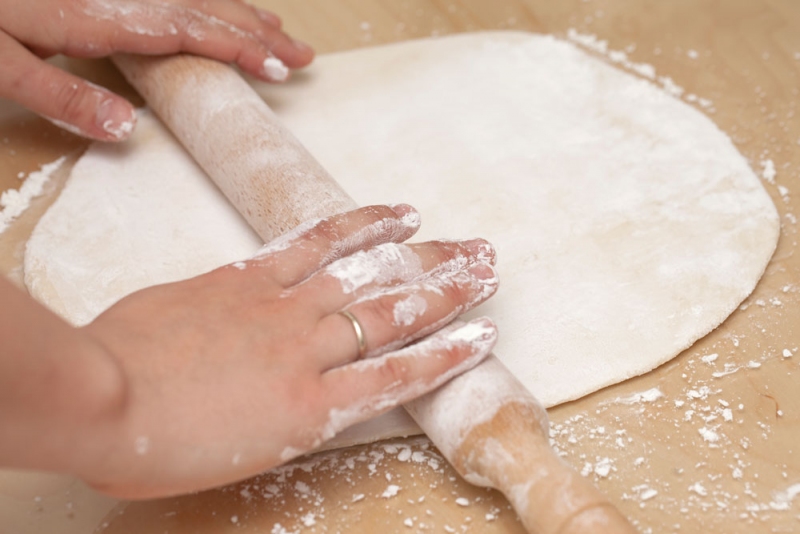 Q How do you know if your dough has been mixed long enough?

A Pizza dough that’s mixed at a pizzeria and refrigerated for use over the next few days is typically mixed just long enough for the dough to develop a smooth-looking skin. (Pizza dough doesn’t require nearly as much gluten development as you’d want in a bread-type dough.) So should you worry about undermixing pizza dough? No, not really. In fact, once the ingredients are well-incorporated, you could stop mixing and take the dough from there. However, if you mix the dough just until it forms a smooth skin, it’s much easier to handle during the scaling and balling process, and the dough will not require as much dusting flour on the bench.

To give you an idea of how much a pizza dough can be undermixed, there is a method for making a thin cracker type of pizza crust where the dough is mixed only until most, but not all, of the flour is hydrated. The dough is then removed from the mixing bowl and placed into a tub, where it’s covered and allowed to ferment for 12 hours at room temperature. After that, the dough can be scaled into pieces of desired weight and loosely formed into pucks. You can wrap these pucks individually or stack them two high on a sheet pan, cover them with a bag or stretch wrap, and place them in the cooler to ferment for an additional 24 to 48 hours. This dough is not unusually sticky due to low absorption (45% to 50%), but it is quite stiff, requiring the use of a dough sheeter to open the pucks into pizza skins.