Why Is This NBA Superstar Taking Orders at a Pizzeria? - PMQ Pizza Magazine 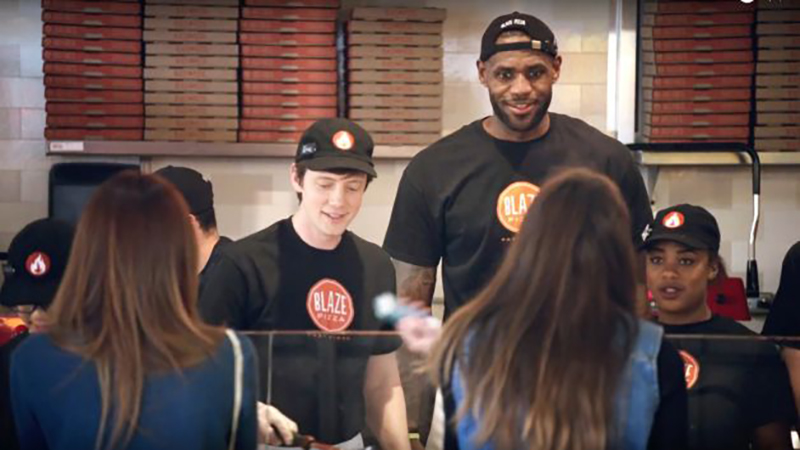 Many customers recognized him instantly. Others couldn’t quite place him. But when the towering Lebron James is spotted carrying boxes and taking orders at a pizza shop, people tend to take notice.

Going by the name Ron, the 6’8 Cleveland Cavaliers superstar spent some time helping out at Blaze Pizza in Pasadena, California recently. According to Cleveland.com, James, a significant investor in the red-hot fast-casual chain—recently named one of the top five restaurant chains in the nation by research firm Technomic—bantered good-naturedly with employees and joked with customers. He even posed now and then for selfies and offered advice on choosing a pizza sauce. “With a name like Fernando, [it’s] got to be spicy,” James told one customer.

The Cavaliers had played the Los Angeles Lakers the night before and had a game against the Clippers scheduled for the next day. With a day off in between, James appeared to be shooting a promotional video or possible commercial for Blaze; there were multiple cameras recording the action—and customers’ reactions—as James worked and talked with customers

It’s probably no surprise that James is so comfortable in front of the camera. He played a major supporting role in “Trainwreck,” a film starring Amy Schumer, earlier this year and received positive critical reviews for his comedic performance.

Read the story on Cleveland.com.