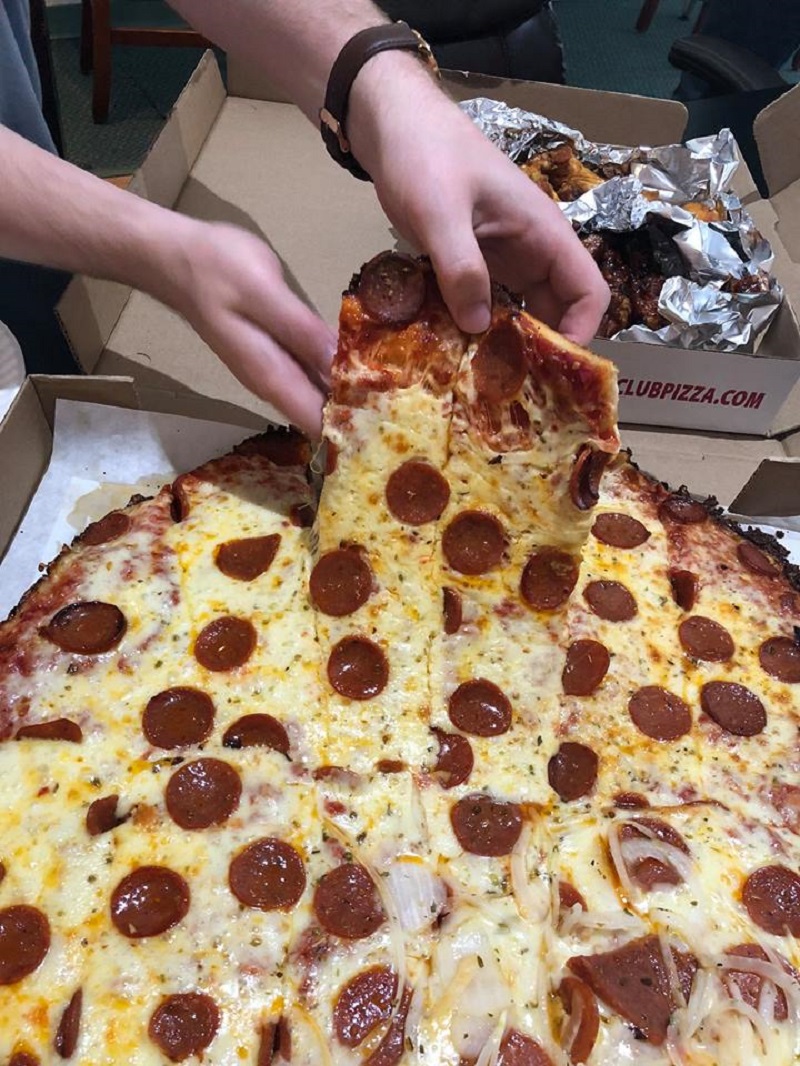 Buffalo, New York may be most famous in foodie circles for its chicken wings, but food writer Arthur Bovino says it should be just as renowned for its sweet sauce-laden pepperoni pizzas.

“Buffalo-style pizza is typically a cup-and-char pepperoni pizza, one with a slim, sometimes non-existent crust coastline with ingredients out to and sometimes even over the edges, [and] a thick, airy undercarriage with little to no structural integrity that’s topped by a sweet sauce and enough cheese to nearly always guarantee a cheese pull,” Bovino explains. “If you were going to use other regional styles to describe it, I’d say it’s a Detroit amount of cheese with a Motor City trim, a Maine undercarriage (think Portland’s Micucci’s or Slab) and a New York City soul.”

According to Bovino, Buffalo has a thriving independent pizzeria scene. Out of more than 600 pizza restaurants in the city, he estimates that 573 are independently owned and operated. Pizza nerds should be flocking to the Nickel City, he says, but they’re better off eating their pies straight out of the oven rather than ordering carryout or delivery.

“The truth is that Buffalo pizza isn’t a style that I’d say improves as it sits,” Bovino writes. “There’s something about the excess of cheese, pepperoni grease and cup-and-char that really exists at its peak performance when it’s fresh from the oven.”

Bovino isn’t the only one bragging about Buffalo-style pies. Last year SmartAsset named Buffalo “the second-best city for pizza lovers” in America (after Detroit), beating out New York, which came in third.

And USA Today contributor Larry Olmsted, author of Real Food Fake Food, agrees that Buffalo has its own pizza style worthy of note in the never-ending regional pizza wars. “Buffalo-style pizza is most similar to that of Detroit, which is sort of a thinner version of New York’s thick Sicilian,” Olmsted reports, pointing to Bocce Club Pizza as a prime purveyor of the pizza style. “The base is hefty enough to be considered thick crust, but not nearly as heavy or bready as the slab that underlies Sicilian or as casserole-like as Chicago’s. It’s medium-thick, but unlike Detroit, is done in large, round pies like New York thin-crust.”