Where to Visit a Pizza Farm - PMQ Pizza Magazine 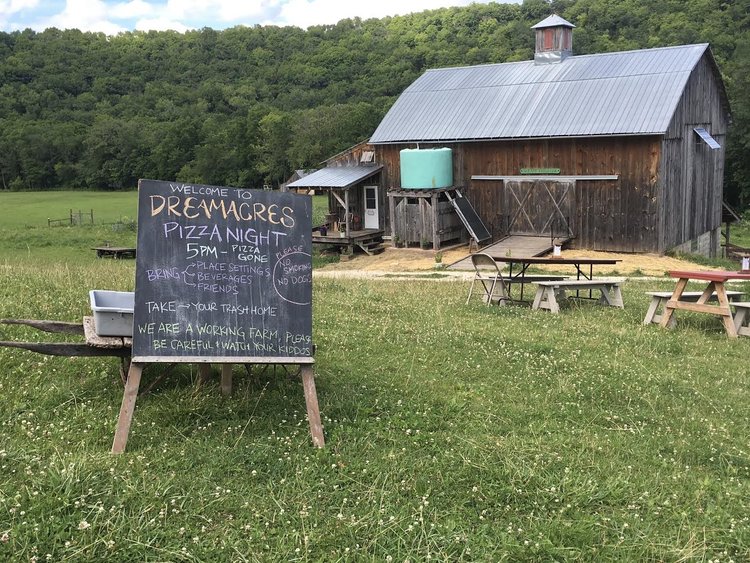 Pizza has long been seen as a viable income stream for restaurant entrepreneurs.

Over the last decade or so, however, savvy farmers have also been getting a slice of the action.

What was once a niche, with one or two farms promoting themselves as a "Pizza Farm," has turned into dozens of farms across the Midwest opening their gates to hundreds of locals who want to enjoy pizza with toppings fresh from the farm–talk about farm-to-table!

A few years ago, NPR reported that farmers were turning to pizza as a means to bring in more money to make up for low commodity prices and high production costs.

Now, pizza farms are serving hundreds of pizzas during the farm's growing season (usually March to October) to hungry customers who can't get enough of the ever-changing menu of fresh produce. Some farms offer pizza several nights of the week during the summer, while others host pop-up nights or events. Most farmers also take the opportunity to get visitors interested in sustainable agriculture, according to a recent story on the Mic Network. A 2016 National Geographic article reported that one farm had served visitors from all 50 states and dozens of countries while selling 300 pizzas per night.

So, where are all of these pizza farms? Most are advertised in the Midwest, while one of the most historic pizza farms is located in California. If there are farms serving pizza in the south, they are good at keeping it secret.

Below is a sampling of some of the farms currently serving pizza. If you're in the area, stop in to chat with a few pizza lovers and farmers about their desire and demand for fresh ingredients. You may be inspired to team up with a farmer in your own neck of the woods.

Interested in another way to collaborate with local farms? Search for an Open Farm Day happening near you this summer. Open Farm Day is an annual event that happens in places such as Manitoba and New York, where farms open their doors to locals for the day. Restaurant owners will sometimes team up with farmers and come in to serve food during these events.

Have you been to a pizza farm? Tell us about it in the comments!