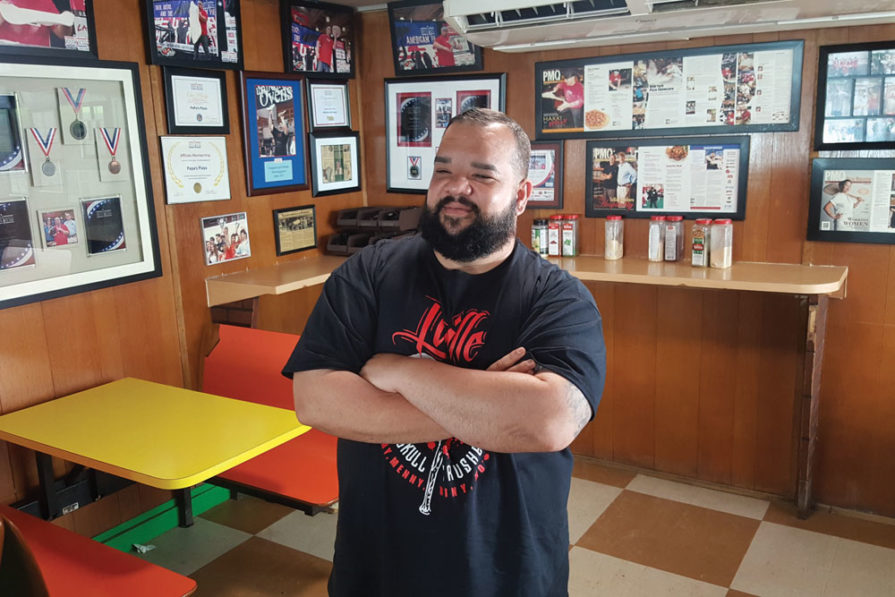 Puerto Rico is still recovering from the aftermath of last year’s Hurricane Maria. With thousands of people losing their homes and/or jobs and schools struggling to return to normalcy, many Puerto Ricans are giving up life on the island for the mainland United States. One entrepreneur who hasn’t thrown in the towel is Wilhelm Rodriguez. The owner and operator of Papa’s Pizza in Cabo Rojo was able to adapt to these disaster conditions and helped feed hungry citizens and relief workers in the aftermath of the hurricane. Rodriguez continues to operate his business, employ locals and feed the hungry, with no plans to leave. We caught up with him to get his story.

PMQ: Maria wasn’t the first hurricane you survived, was it?

Rodriguez: In the ’90s, it was Hurricane George. It was a real nightmare. The town got flooded. It struck at night, so you couldn’t see anything that was happening. You could only hear it in the dark. It was like the winds were talking to you, howling. My house flooded.

PMQ: How was Hurricane Maria different than George?

Rodriguez: George lasted for, like, six or seven hours. But Maria was striking the heart of the island for over 24 hours. Like when Godzilla strikes, you could feel the floor and the structure of the house shaking. And this lasted 24 hours. I don’t really like talking about it, because I was scared—not for me, but for my family.

PMQ: How long were you without power?

Rodriguez: At my house, almost three months. At my pizza shop, over a month. I couldn’t get out for three days because all the [fallen] trees were blocking the streets. Everybody was looking for something to eat. I was using my generator at the pizza shop and was making little pizzas. I sold them at a very cheap price so everybody could have something to eat. By the third day, I ran out of gas, because they needed it for all of the hospital generators. So I had an old backup oven that I converted to burn wood. I took the burners out and made a chimney. I was making pizzas each day, sometimes until 7 p.m., with candles for light. I worked for more than a month with that oven every day. 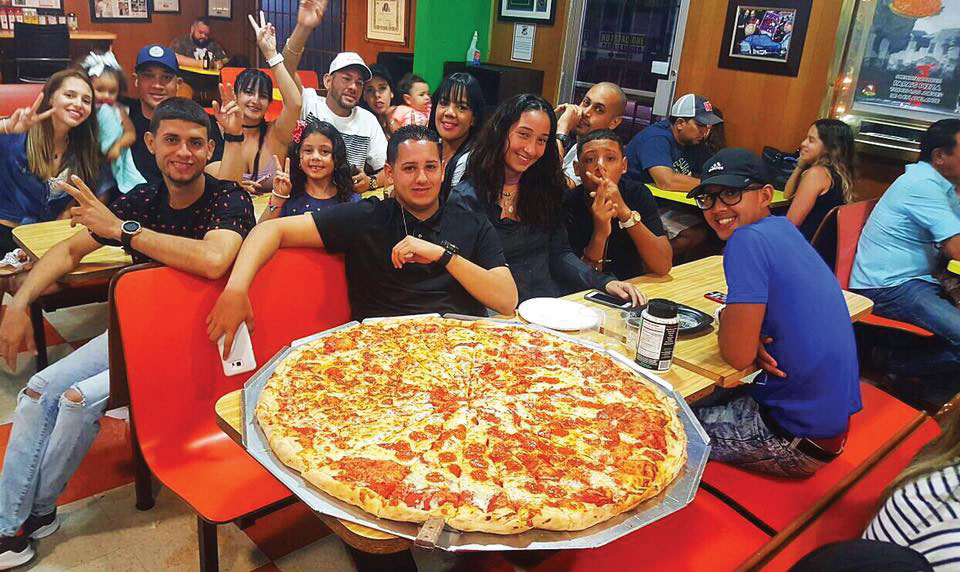 PMQ: What was it like when you got your power back?

Rodriguez: I kept seeing the linemen who worked for the Energy Alliance, and I started thinking, “Those guys are working hard and have families alone at home without power.” So I started sending pizzas to those guys, and they got to know me. One morning, they came to the pizza shop and asked for my phone number. They said, “Today, we’re going to have a big pizza party at your shop.” Fifteen minutes later, the power comes back on, and I said, “Oh, my God!” They called me back and said, “We want to eat pizza in the air conditioning and watch TV! So we got your power back on.” I was the first person in Cabo Rojo with power, and everybody was wondering how I got power. So I say pizza can move mountains!

PMQ: How is the island’s recovery coming along?

Rodriguez: The hard thing right now is that everybody is leaving the island. About 300,000 people just moved to Florida. Every day I say goodbye to a friend that is moving to the States. Maybe they’ll come back when the island is more stable.

PMQ: As a pizzeria owner, how do you deal with a shrinking and financially devastated customer base?

Rodriguez: People always have to eat. I came up with a strategy. I put together family combos that are very cheap. You could buy a big 20” pizza, garlic knots, 2-liter soda, and sometimes breadsticks or cheese sticks for $10. The whole family can eat for $10. And I stopped charging for delivery. Other pizzerias are charging for delivery, but not me. I’m not going to get rich, but for me, I don’t really like money. I like to work, and if I can work and pay my bills, it’s good. I’m working for the people.

PMQ: Ricardo Rosselló, the governor of Puerto Rico, recently came by your shop, and you presented him with a pizza portrait with his face on it. How did that happen?

Rodriguez: When he was campaigning, he visited my shop three times, and his wife was crazy about my pizza. When she was pregnant, she sent somebody to drive three hours to bring her pizza [from Cabo Rojo to San Juan] all the way across the island. So when he was in Cabo Rojo surveying the damage, he called me and said he wanted to come by. When he showed up, I was waiting for him with a pizza made with his face. He was amazed. He’d never seen something like that. I was very, very proud that day. 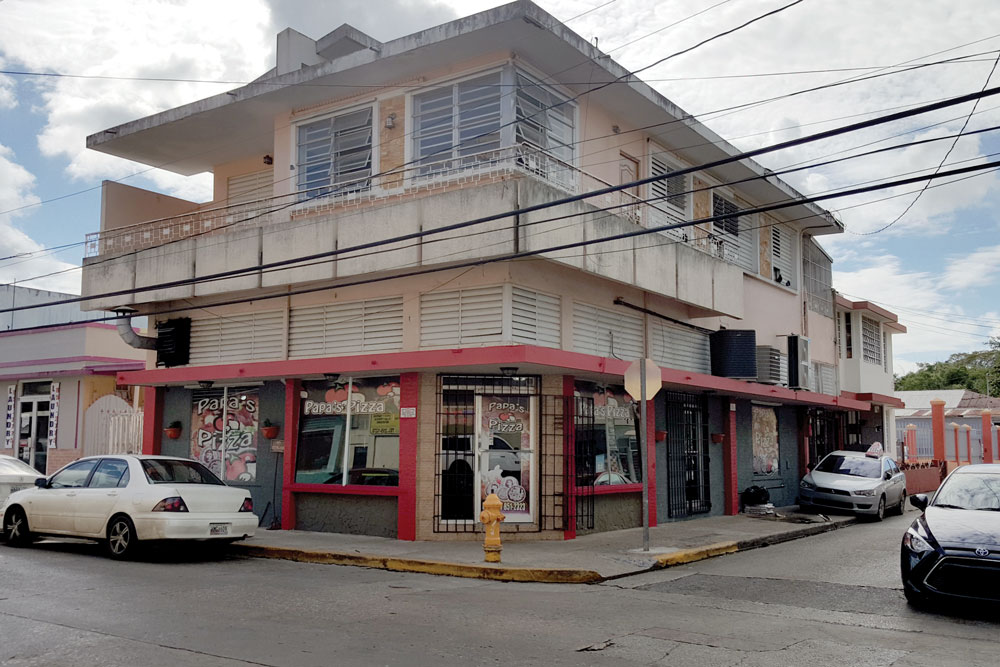 PMQ: What does the future hold for Puerto Rico?

Rodriguez: The future is filled with potential. We have a lot of artists and baseball players who come from Puerto Rico, so we have nice exposure to the world. There are a lot of beautiful places to see, and I think tourism is in the future. Disney is in negotiations to open a big theme park. Puerto Rico made a lot, lot, lot of things in the past, but there is a law that prevents Puerto Rico from [taking part in international trade]. Right now, [farmers] only produce for the people of Puerto Rico. That’s a small demand. If there was more free trade, the farm terrains would get bigger, and we could export all kinds of things. Maybe the law will change.

PMQ: What is most rewarding about working in the pizza industry?

Rodriguez: Sometimes you’ll see families from four different religions eating in my shop, spending time together, talking, saying, “Oh, this is good pizza!” and “Oh, can you pass me the cheese?” They forget about religion and just spend time together enjoying pizza. That, for me, is priceless. Pizza can move mountains.

PMQ Live Update: How to Get Your Coronavirus Money with Michael Rasmussen Pt. 3

PMQ Live Update: How to Get Your Coronavirus Money with Michael Rasmussen Part 2

PMQ Live Update: How to Get Your Coronavirus Money with Michael Rasmussen Pt. 1 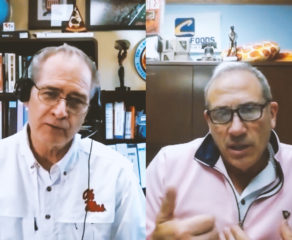