What’s Your Story? Bruno Abate, founder of the Recipe for Change program in the Cook County Jail, is on a mission from God. - PMQ Pizza Magazine 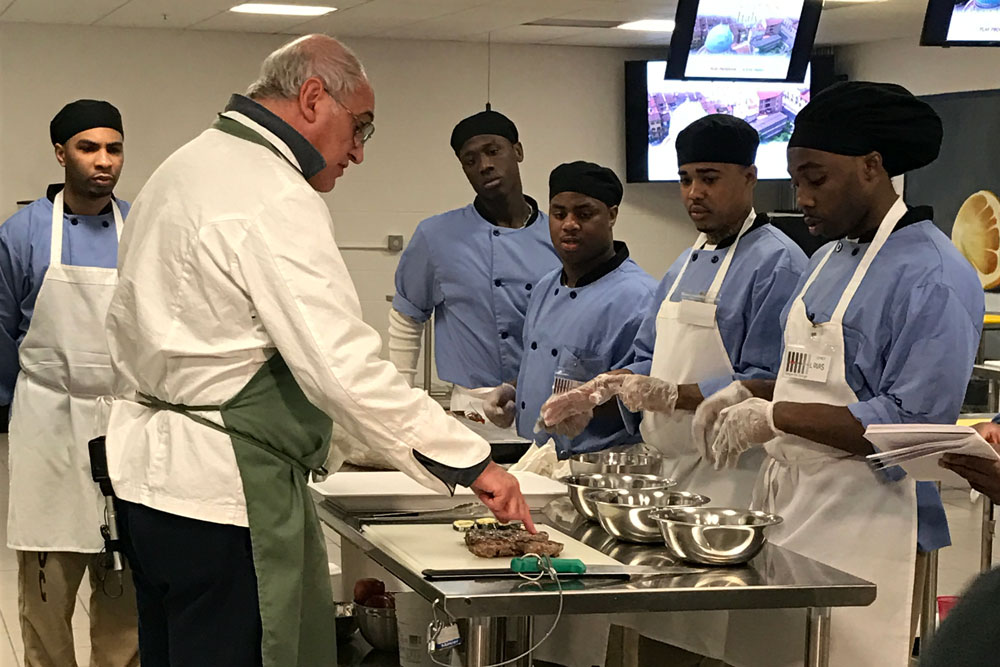 Statistics show the majority of Cook County Jail’s inmates end up behind bars again within three years of their release. But a unique program led by Bruno Abate, owner of Tocco in Chicago, has brought usable job skills and a renewed sense of hope to hundreds of inmates who are ready to break the cycle. With high-quality ingredients from Italy and his own unflagging faith and optimism, Abate aims to change the lives of those whom society tends to forget. His efforts, inspired by what he considers a sign from above, recently landed him on 60 Minutes, but Abate found a little time to talk to PMQ, too.

PMQ: What inspired the Recipe for Change program?

Abate: One morning, around 3 a.m., my TV suddenly came on. I didn’t turn it on. A documentary about the American prisons was showing. I watched for a while, and suddenly I had this feeling like I needed to do something to make things better. I got up, and I wrote furiously for hours about what I needed to do. When I woke up again in the morning, I found 10 pages that told me what to do. It’s like God called me and gave me the map.

PMQ: How did you work with the jail to create Recipe for Change? Are these types of programs welcome in that environment?

Abate: Cook County is a jail, not a prison. Most of the people there are pretrial and haven’t been convicted of anything, and they’re not mentally ill. I began working with the Juvenile Detention Center seven years ago in St. Charles. After about a year and a half, the program closed down. Then I thought I needed to go to Cook County, but I didn’t know anything about jail. A friend came in my restaurant, Tocco, and I told him that I needed to talk to someone at Cook County Jail. Turns out my friend is the brother of Cook County Sheriff Tom Dart. Within a few weeks of meeting Dart, I started my program again in the Boot Camp at Cook County Jail. After another year and a half, the Boot Camp closed down, and I moved to the basement kitchen in Division 11, where I’ve been for almost four years.

PMQ: How does the program work?

Abate: My program is a 12-week cycle with a curriculum that teaches culinary skills, nutrition and sanitation skills for food servers. We teach cooking, but that’s the smallest part. We teach how to change your life, how to be a better dad for your children, how to get a job, manage your money, and all kinds of things that can make you a better, more responsible person. We want these men to return to society as changed, productive people who do not cause trouble and come back to jail. After the 12-week program, the guys earn their food sanitation license from the state of Illinois and begin an internship in the pizza kitchen.

PMQ: Tell us more about the pizza kitchen.

Abate: We have a beautiful pizza oven that was purchased with funds that were donated to Recipe for Change. We make everything from scratch. We sell pizzas made by detainees to the detainees housed in Division 11. The detainees use their own money (commissary accounts) to buy the pizza. Selling pizzas is good for a few reasons. Our students get real experience in high-volume food preparation, which is something you can’t teach without experiencing it. If the other detainees behave badly, they cannot buy pizza. It’s an incentive to behave better if you want a pizza.

We give everyone the opportunity to eat something healthier than what’s served regularly, and it doesn’t cost the taxpayers a penny. We actually save the taxpayers money, because the inmates pay for their own pizza. The money we raise selling pizza helps to fund the Recipe for Change program so we can keep changing lives, and it also goes to the Inmate Welfare Fund, which helps pay for other programs that are working to change lives and make a difference. Our program and others are focused on returning to society good citizens who made a mistake but are now different. We are reducing recidivism! We found a way to have inmates help themselves without costing the taxpayers any money. I think that’s a pretty good thing.

PMQ: Is there a screening process for inmates who want to participate?

Abate: There is a big process. We have only nonviolent offenders. Cook County has criteria for who may and may not participate. Officer Bunch, a correctional officer assigned to the Recipe for Change program, picks guys she thinks will fit well into the program. Then I interview them to see if they really have it in their heart to change. If I like them, we submit them to the director for approval to come to the program. 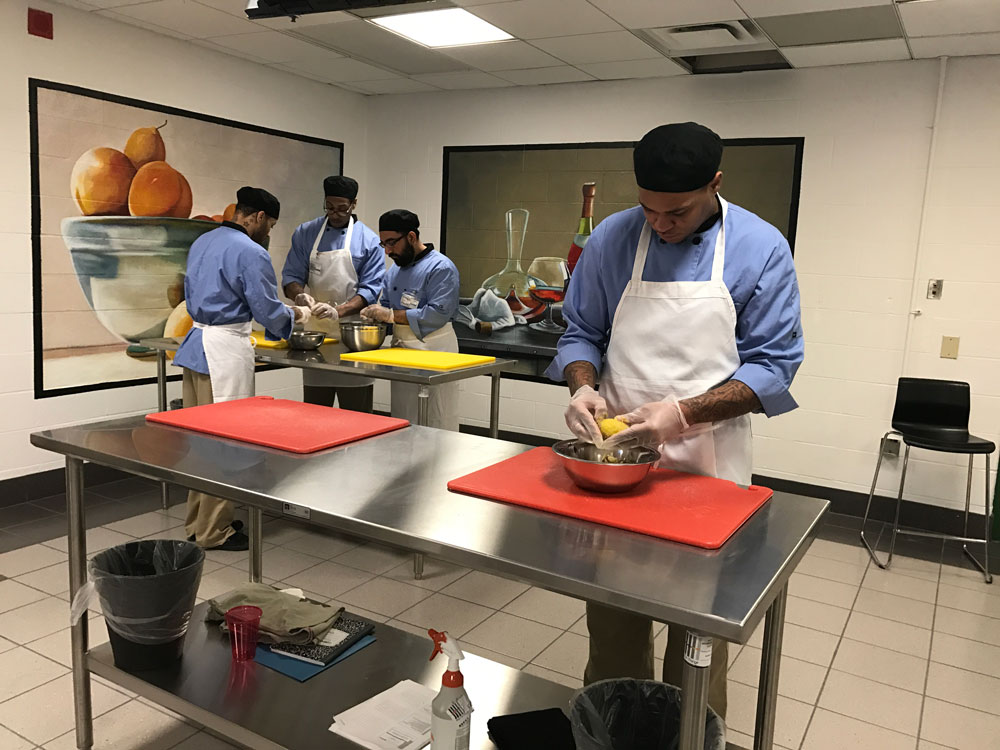 PMQ: What keeps you going with the program?

Abate: God! He gave me a responsibility to make a difference and save some lives—not only the detainees’ lives, but the lives of their children, by breaking the cycle.

PMQ: How do you feel the program has helped the inmates?

Abate: It gives them hope and a different perspective on life. We return dignity and self-esteem to them. This will make them better people when they return to the outside.

PMQ: How has the program helped you personally?

Abate: I won the lottery by becoming closer to God. I do His work and help people who need me. What more can I ask for?