What is Pinsa? - PMQ Pizza Magazine 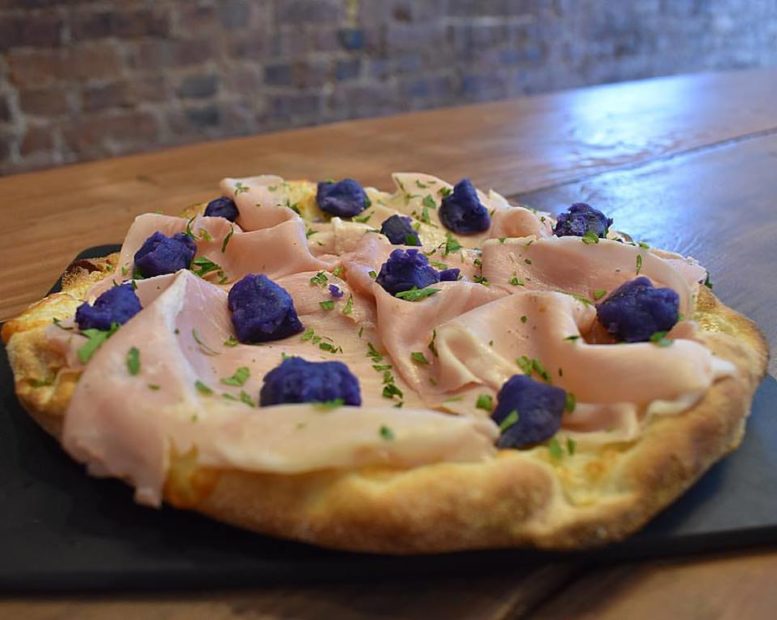 You may have noticed a growing interest in pinsa lately. What's pinsa? In Roman times, people took a mixture of water, millet, barley and oats (and later spelt) and formed it into a flatbread before cooking it on hot ashes and a stone, according to VisitLazio.com.

Today's pinsa purveyors are quick to point out that pinsa is not the same as pizza.

General Manager of NYC's PinsaLab, Mattia Rizzi, told Bklner.com, that the main difference is in the dough. Pizza dough requires wheat flour, a bit of water, and a lot of salt, while pinsa dough uses a wheat/soy/rice flour, more water and less salt, creating a lighter, airier crust. Rizzi said that pinsa also has fewer calories, lower fat, and less sodium than pizza.

Francesco Cavucci, co-owner of the forthcoming Barbara Pinseria & Cocktail Bar in San Francisco, told Eater.com that pinsa flour is super organic and more gluten free. He also added that a pinsa dough is about 80% water and proofed for 72 hours.

You're likely to find that recipes vary widely for pinsa flour, some noting to avoid soy flour due to allergies and the majority also varying their hours of proofing from as little as 48 hours up to 100 hours.

While pinsa is most often oval in shape, Roman-style or pizza al taglio is created in much the same way, with high hydration and long proofing. One of the chefs credited with starting the Roman-style trend in America is Gabriele Bonci, who began his Pizzarium in Rome and now has Bonci in Chicago.

According to the Pinsa Romana site,Corrado Di Marco created an ingredient that would change the way people eat and enjoy pizza; he called it “Pinsa Romana.”Corrado observed that traditional pizza was heavy and made with fat, something that made it hard to digest. He believed he could create a new ingredient that would resultin a taste as good (if not better) than traditional pizza, but that was far lighter and easier to digest. After years of perfecting the signature blend, Corrado and his family began offering the flour for sale through their family business, Di Marco Food, in 2001.Interested in experimenting with pinsa? If you're anywhere near Milwaukee, Pinsa Romana America is hosting a free pinsa demo on May 23.

Otherwise, there are several recipes on YouTube for testing in your free time.

Have you tasted and/or made pinsa? Let us know about it in the comments below.