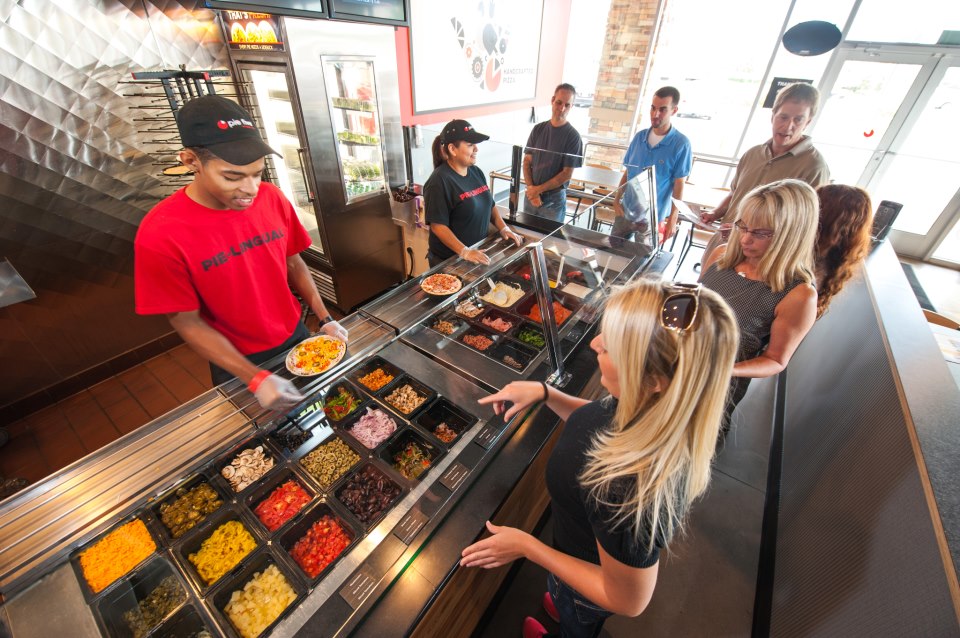 Calling all pizza lovers down in Dixieland: Pie Five Pizza Co. is preparing to debut its trend-setting pizza concept in three states across the Deep South.

Gustin and Guttshall, who currently own and manage 60 Applebee’s franchised restaurants across the southeast, know a great opportunity when they see one, as well as what it takes to run a strong and successful business. Having witnessed Pie Five’s proliferation in other markets, the partners are now moving quickly to bring the concept to their base-camp in Birmingham and across territory that has yet to experience the Pie Five revolution.

“Fast casual concepts are growing like wildfire and Pie Five has clearly distinguished itself within the pizza space,” said Guttshall, CEO of Quality Restaurant Concepts (QRC). “Fred and I are extremely impressed with Pie Five’s operational model and high quality products, and the value proposition can’t be beat. When you can deliver a customized pizza with all the fresh ingredients you want, in less than five minutes, at such a great price, you’ve got a winner!”

At Pie Five, guests can choose from more than a million combinations of handcrafted pizzas and a variety of specialty pie choices prepared in less than five minutes on one of four crusts, all for one low price. The rapidly expanding chain is capitalizing on growing consumer demand for fresh dining options and artisan pizzas in stylish environments without the wait.

“We’ve been scouting these Southern states for quite some time, and I just don’t think we could have found a better pair to carry our brand into the market than Fred and Kurt,” said Randy Gier, chief executive officer of Pie Five Pizza. “They understand our concept and share our passion for providing impeccable customer service; and thanks to their experience at Applebee’s, they know these areas backwards and forwards. We’re very pleased to welcome them to our team.”

Pie Five Pizza has been named among Fast Casual’s 2014 Top 15 “Movers & Shakers,” a 2012 Hot Concepts winner by Nation’s Restaurant News and one of “10 Hot New Restaurant Chains from Established Brands” by Forbes.com. The company currently has 21 locations in sevenstates (Florida, Kansas, North Carolina, Tennessee, Texas, Utah and Virginia) with more than 200 announced franchise units under contract in 13 states and Washington, DC.

“This is a vibrant region, known the world over for its hospitality and, most importantly, its food,” said Gustin, QRC’s president. “Given Pie Five’s quality ingredients and personalized options, we’re convinced it’s going to be a very welcome addition to the restaurant scene here.”

Gustin and Guttshall expect to open their first restaurant in the Birmingham market by early 2015.