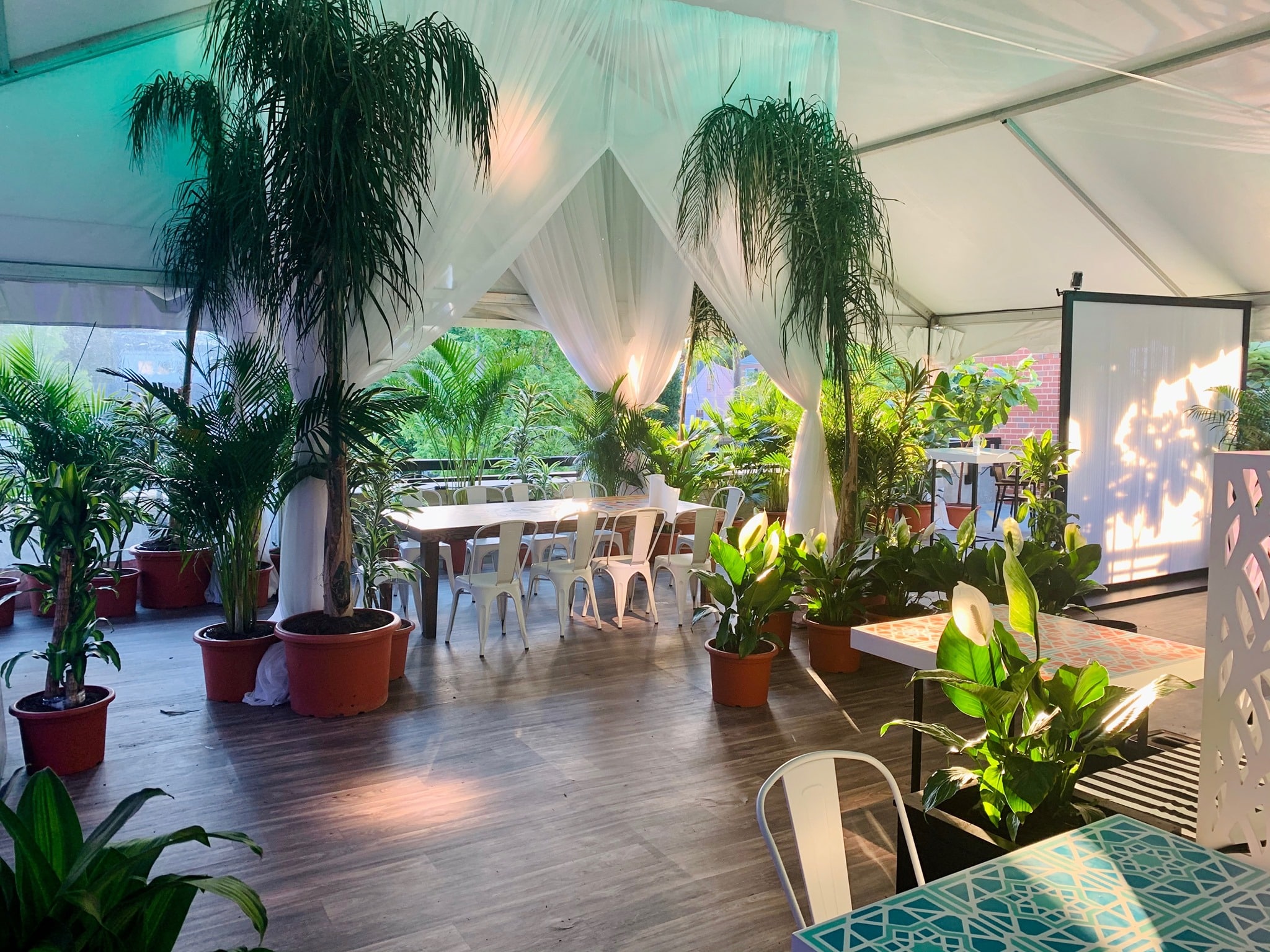 With carryout going gangbusters at Lena’s Wood-Fired Pizza & Tap, giving up much of the eatery’s limited space for half-capacity dine-in service just didn’t make sense to owner Dave Nicholas. Instead, he took the operation, located in Alexandria, Virginia, in a decidedly different direction: He turned his upstairs deck into a tropical-themed pop-up bar, complete with exotic plants and boat drinks that would make Jimmy Buffett drool.

“We decided that our to-go business is really strong,” Nicholas told ALXNow.com. “[We] want to still be able to service neighborhood to-go. We decided to do a pop-up tent and concept on top of the parking deck behind the restaurant.”

“We figured that we didn’t have the space inside the restaurant to properly social distance,” Nicholas added. “Meanwhile, this [deck area] is 4,000 feet … and we’re able to socially distance properly. It’s outside and covered, very tropical.”

The new venue, called Lena’s Oasis, looks tailormade for the beach crowd. Replete with flowing white curtains, partition screens between tables and an abundance of greenery, it’s available to customers by reservation only. The pizzeria’s downstairs area remains dedicated to carryout and curbside service.

Nicholas told ALX Now that the new venue has proven a success thus far. “People walk into the space, and it’s stunning.”