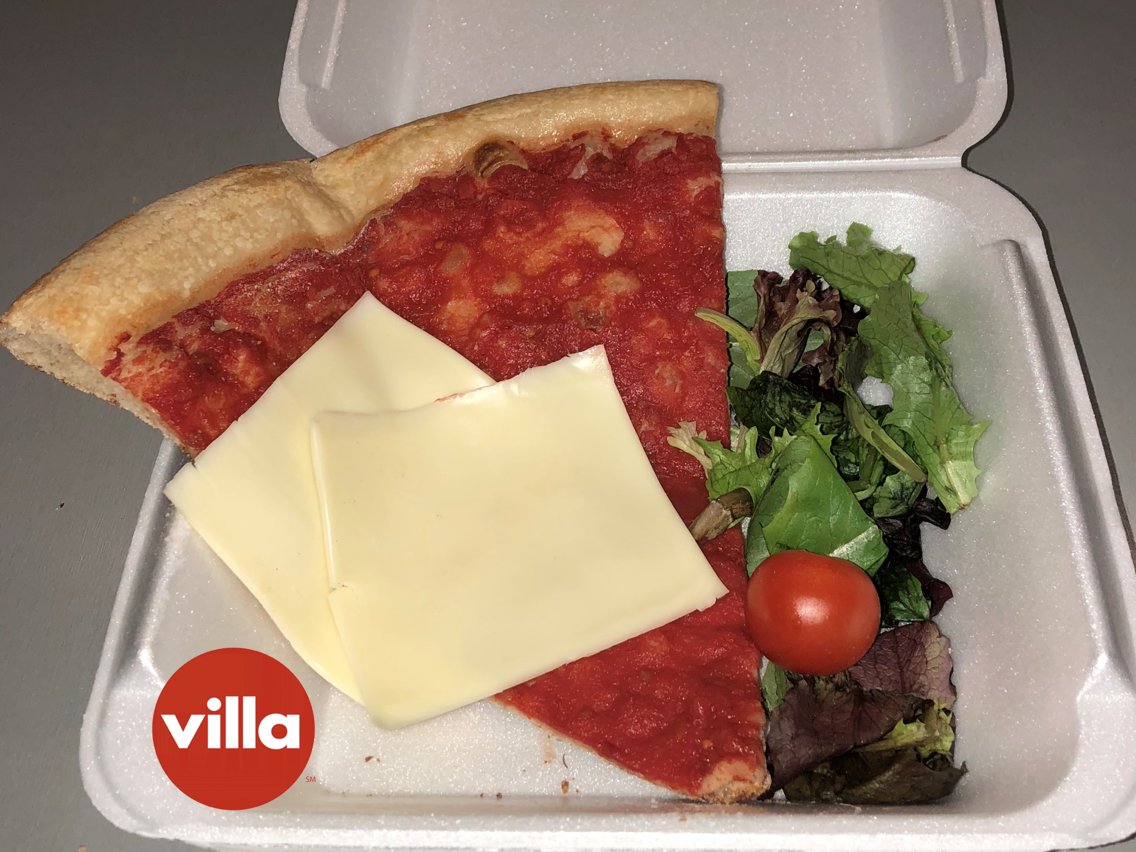 As a pair of dueling documentaries spark new interest in the disastrous Fyre Festival of 2017, the marketing masterminds at Villa Italian Kitchen started their own buzz this month by creating a “luxury pizza experience” at participating locations.

The heavily hyped Fyre Festival, promoted by celebs like Kendall Jenner, was intended to promote a music booking app called Fyre, but gross mismanagement of the event left investors and guests feeling bilked and led to numerous lawsuits.

An image from Twitter became associated with the event: a ridiculously expensive “gourmet” cheese sandwich consisting of two slices of bread and two cheese slices. 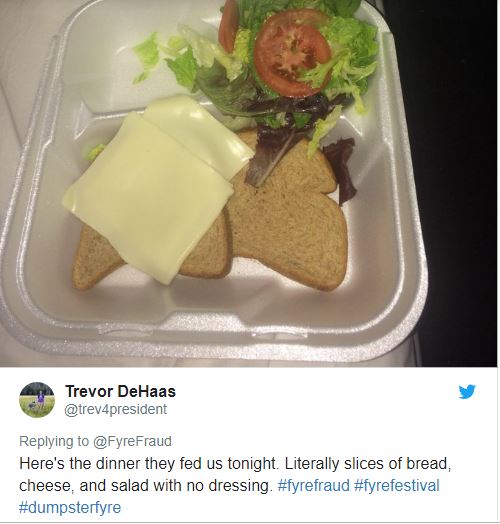 In response to the buzz about a pair of Fyre-inspired documentaries currently playing on Netflix and Hulu, Villa Italian Kitchen has released the Festival Pyzza, “made with only the finest fresh ingredients available, including sauce made from California tomatoes, hand-stretched dough and premium, individually packaged, processed cheese product.”

In other words, it’s pretty much a pizza crust topped with two haphazardly arranged slices of processed cheese—Kraft, if we’re lucky. But it sells for $25, proving that luxury is “an experience for only the wealthiest consumers and industry influencers to enjoy,” Villa Italian Kitchen said in a press release

Despite the intentionally ridiculous price, a spokesperson for Villa Italian told Food & Wine they expect to sell “at least 5,000 [slices] based off nostalgia alone.”

Mimi Wunderlich, Villa Italian’s director of communications, added, “This pizza is so hot, it’s almost worth incarceration for mail and wire fraud.”