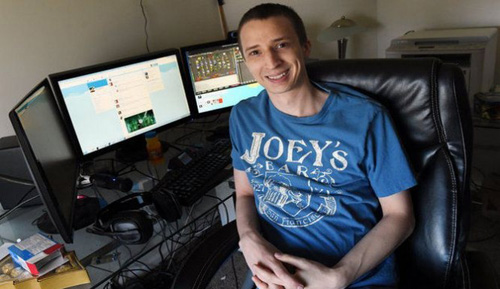 One of the nation's leading experts on the video game Runescape recently gave a pizza delivery man a thrill that can't be found in an entertainment computer program — a $1,230 tip.

Inquisitr.com reports that gamer Joey DeGrandis from Ypsilanti, Michigan, was on a long gaming session when he came up for air to order a pizza, which was delivered to his house. DeGrandis was so pleased with the interest in the game he was streaming to fans around the country that he decided to give the lucky delivery man the tip of a lifetime.

Polygon reported that the tip was actually about 5,500 percent gratuity for the large three-topping pizza pie that was delivered.

DeGrandis is a big-time Runescape player, and he streams his sessions for people to watch. On some days, he will have about 300 people watch him play.

For more about the some rare good news for a pizza delivery man read on.