Venezia's Raises $72,000 for Employees in One Day, Then Gives Them a Raise - PMQ Pizza Magazine 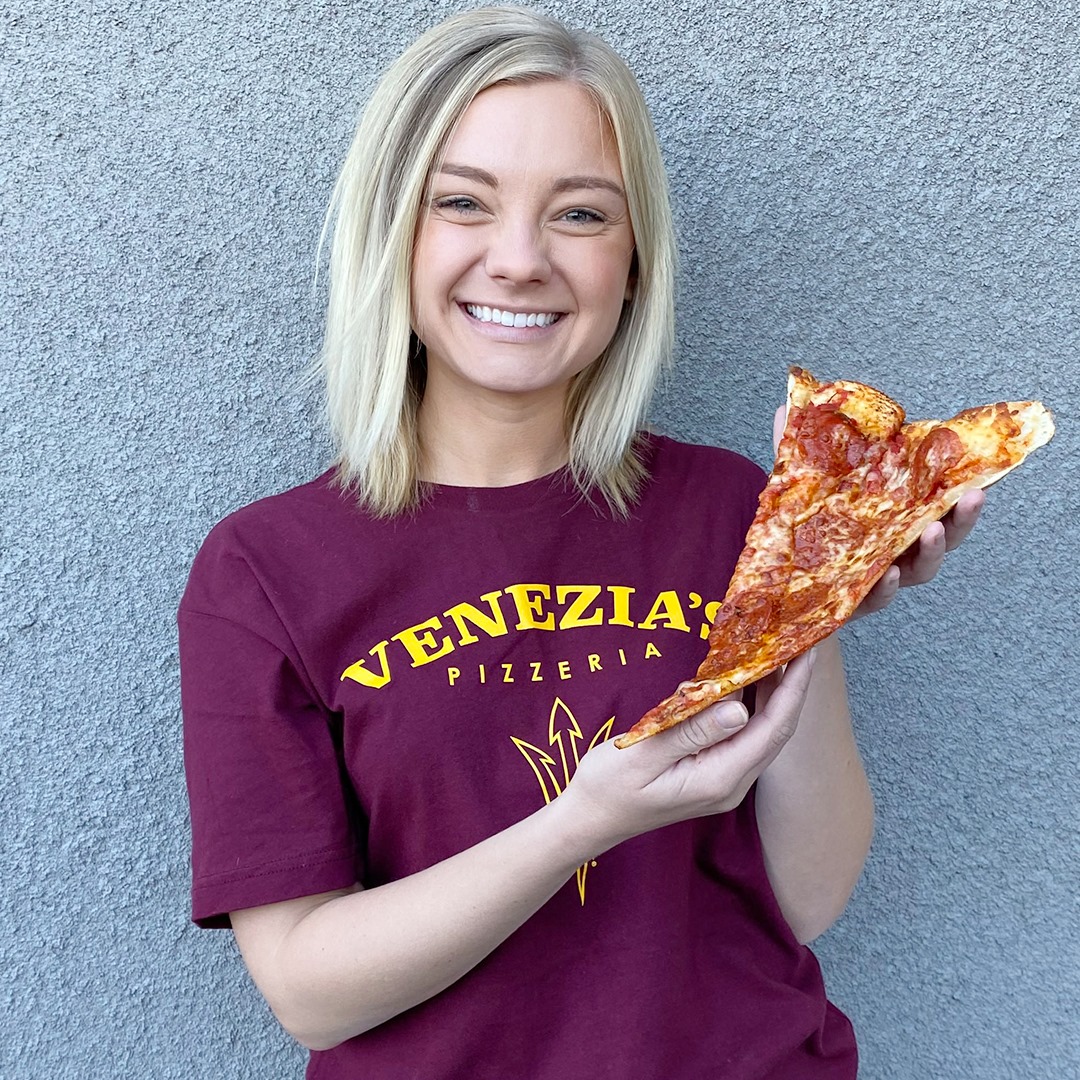 Customers of Venezia’s New York Style Pizzeria helped raise $72,000 for the Arizona chain’s employees in a single day, and that wasn’t the only good news. In a hugely successful Facebook post, Venezia’s also announced it would give raises to its hourly employees for the next two months.

Since its first store (originally called Pepino’s Pizza) opened in Tempe in 1998, Venezia’s has expanded to five locations in East Mesa and Northeast Mesa, Gilbert, Tempe and North Phoenix. It’s well-known for offering the Pizza Party Challenge—two individuals must finish an entire 24-inch party pizza, including the crust, in one hour, with a couple of T-shirts and their photo on the Wall of Fame as a reward.

In the midst of the coronavirus pandemic and limited to just carryout and delivery options, the company held its Employee Appreciation Day on Tuesday, April 21, promising that 100 percent of the sales at all five locations that day would go to its staff. A Facebook post about the promotion garnered 279 reactions, 91 comments and 266 shares. Soon, the crowds—and the money—came rolling in, with long lines of cars awaiting curbside pickup.

A follow-up post on Facebook announced the earnings for the day, along with the owners’ pledge to boost employee wages. “The huge outpouring of support from the community was unexpected but so appreciated,” the post read. “We are also excited to announce that, in addition to the funds raised last night, we will be increasing our employees’ hourly wages by $2/hour for the next eight weeks to help them and their families through this difficult time and to thank them for their continued dedication and hard work.”

“I was in awe of all of the cars waiting last night in East Mesa around 8:15,” one Facebook fan commented. “I didn’t mind the wait at all. It was for a great cause. Thanks for doing this, you definitely care about your staff.”

Another commented, “I waited 3 hours and was HAPPY to do so. Best vegan pizza EVER!! First time ordering and will now be a frequent customer!!!”