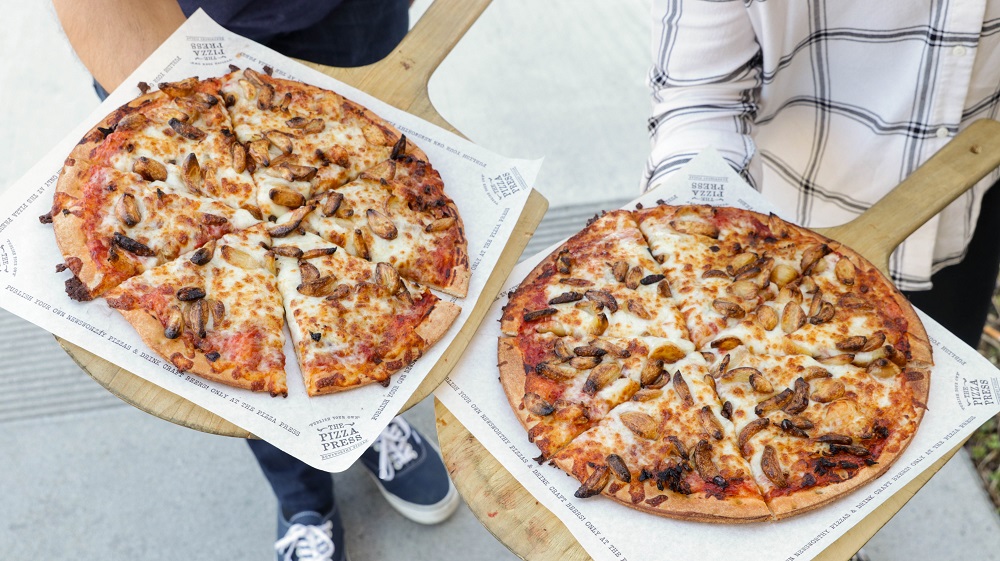 Most everyone loves garlic. But not many have ever experienced anything like FoodBeast’s newest creation: the Extra Stinky FoodBeast garlic pizza. In a press release from FoodBeast, a digital media house known for menu collaborations with various restaurants including The Pizza Press, a newspaper-themed chain based in Anaheim, California, with over 30 locations nationwide, they describe the pie as “loaded with more than two heads of garlic, including both minced garlic and roasted cloves. The flavor profile is rounded out with spicy tomato sauce, caramelized onion and mozzarella.”

For those who aren’t feeling quite that adventurous, they offer the “Regular Stinky” version without the additional garlic cloves on top.

The pie is offered as part of a package in collaboration with The Pizza Press, The Anaheim Hotel and Visit Anaheim. For a price starting at $149, visitors can get an Extra Stinky FoodBeast pizza, a second pizza of the customer’s choice, two root beer floats and a one-night stay at the hotel.

"When I was first approached by FoodBeast and Visit Anaheim about the Stinky Pizza, I had serious doubts when I saw it on paper," says Dara Maleki, founder and CEO of The Pizza Press. "But the unprecedented amount of garlic on this pizza will surprisingly have you coming back for more."