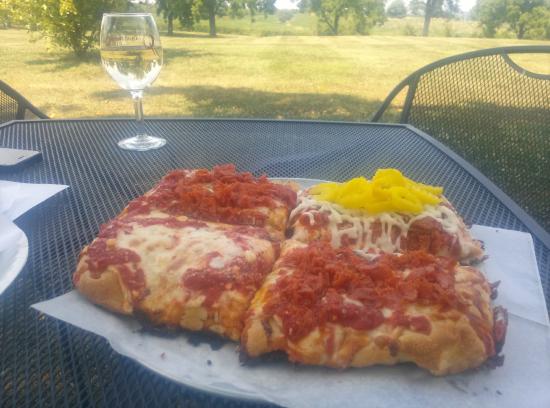 Wine beer and pizza — all three are best when hand crafted by dedicated experts. That's the selling pitch behind Quattro Goomba's, in the Middleburg, Virginia area, which is expanding its homemade pizza and winery operations to include a brewery  The craft brewing business is booming in Virginia, and wtop.com reports the popular winery and pizza shop, Quattro Goomba’s, is expanding its operations to include beer with the addition of a 6,000 square-foot brewery, opening at the end of this month.

Jay DeCianno, who owns Quattro Goomba’s with his wife, Jody, and another couple (“Quattro Goombas” literally means “four pals” in Italian),  says getting into the brewing business seemed like a natural next step for the winery, which opened in 2009. After all, their business is built on the idea of making everything and anything from scratch, like their highly popular pizza.