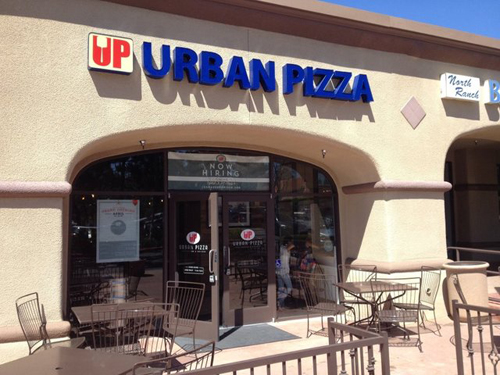 Urban Pizza has taken a page out of Pieology and Mod Pizza's playbook with their new location opening this weekend in Thousand Oaks, California.

VCstar.com reports the first location in what is intended to become a chain will debut with three days of discounts and giveaways at what used to be Qdoba Mexican Grill next to Trader Joe’s in the North Ranch Mall. The event starts at 11 a.m. April 2 with free gift cards for the first 88 people in line.

The idea behind Urban Pizza, the webstie says, is similar to that of Pizza Rev, Pieology and Mod Pizza, all of which have locations in Ventura County. Patrons “create” pizzas or salads while moving along a Chipotle-like assembly line; pizzas go into what is described as an "888-degree oven" to cook in five minutes or less.