Under One Roof: the Pizza Industry's Most Celebrated Chefs - PMQ Pizza Magazine 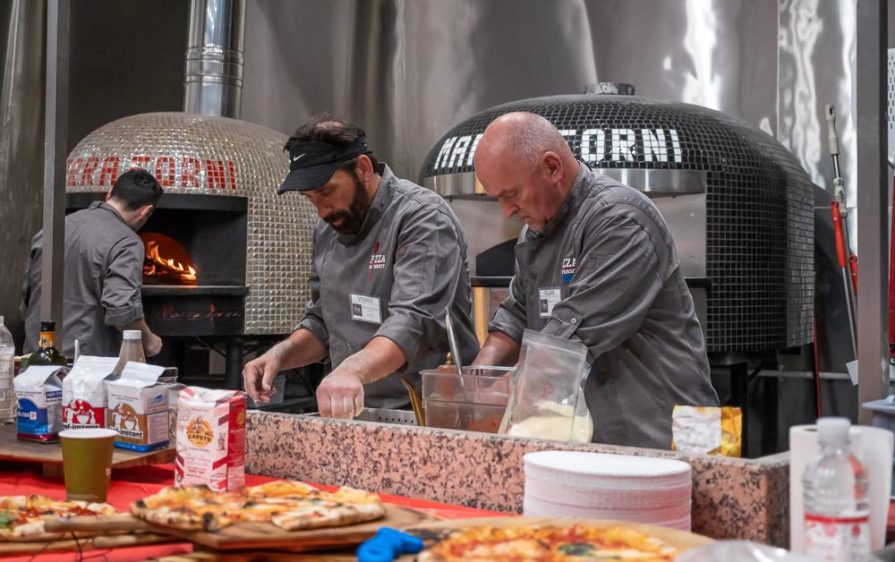 Prior to the opening of the Pizza University & Culinary Arts Center, anyone desiring to be a certified pizzaiolo,attend a Master’s Class in specialty baking, learn from industry celebrities, or open an authenticpizzeria would need to spend years in Italy in order to gain the knowledge and experience it takes to run a successful pizza business. Nowadays, however, things have changed. Within the course of a few months’ time, those yearning to increase their knowledge have the opportunity to learn the widest range of topics from the world’s best instructors – all in one place.

One of the Pizza University and Culinary Arts Center’s most recent alumni, Matteo Venini, for example, credits the school for helping him and his business partner, Antonio Matarazzo open Stellina, a new pizzeria in DC’s Union Market which is receiving rave reviews. Already an acclaimed Italian chef, Venini was ‘new to the world of pizza” before attending classes at the Pizza University. He enrolled in both the Authentic Neapolitan Pizza with VPN class taught by four-time World Pizza Champion, Pizzaiolo/Chef/Restaurateur Giulio Adriani (who appeared on both Food Network’s Chopped and Beat Bobby Flay) and VPN America’s President, Master Pizzaiolo Peppe Miele. He also took the Neapolitan to Neo-Neapolitan course, also taught by Giulio Adriani which is where he found his “vision for opening Stellina.” Even though he had not made pizza professionally before, these courses taught Venini how to make “his own pizza recipe, develop a 48-hour fermented dough, as well as the tools he needed to open his business.”

One of the Pizza University and Culinary Arts Center’s most unique courses which truly fills a void in the industry is taught by another instructor who appeared on Food Network’s “All-Pizza Chopped” episode alongside Giulio Adriani. Guinness World Record holder, pizza champion, and pizzeria owner John Arena is teaching “Start Smart: The Fundamentals of Opening and Operating a Pizzeria.” Offered from April 28-30, the class is a hands-on immersion into the pizza industry. The course is co-taught by Certified Pizzaiolo Jonathan Goldsmith who is the owner of Chicago’s celebrated Spacca Napoli. The three-day intensive course is perfect for an aspiring amateur or a pizzeria owner/operator in the first two years of business who wants to be prepared and avoid the pitfalls that could derail the success of their pizzeria.

In honor of Celiac Awareness Month, the Pizza University & Culinary Arts Center is offering a Gluten-Free Pizza Master Class on May 5-6. Taught by Pizzaiolo Champion Chef Antonio Langone who won first place for his “Gluten-free pizza at the International Pizza Expo in Las Vegas. Since studies show that the Gluten-Free Product Market will become a $7.6 billion industry by the year 2024, the course is on the forefront of both pizza-industry and market trends and offers students yet another opportunity to stay ahead of the curve.

In addition to professional classes, The Pizza University & Culinary Arts Center is proud to have hosted the “Olympic Games Vera Pizza Napoletana 2019’s “Under 35 East Coast Selection” on April 15, 2019. The completion was open to all pizza makers under 35 years old. Those with the best Marinara and Margherita pizzas were chosen to participate in the final games in Naples, Italy in July.

Novices and home bakers can also experience the best in pizza-education with a new series, “Pizza in the Neapolitan Tradition” offered in conjunction with the Smithsonian Associates on April 26-27. This unique program offers attendees the opportunity to immerse themselves in the history and heritage of the beloved food as they learn to make a modern artisan version of a classic Neapolitan-style pizza. In a unique hands-on workshop, Italian-born chef and Pizza University resident instructor Felice Colucci will lead students through the steps and secrets of preparing the perfect pizza.

Some of the Pizza University & Culinary Arts Center’s star-studded team including Felice Colucci, Giulio Adriani and Antonio Langone will be offering a class on the Bella Vita Stage at next month’s National Restaurant Show.

Many legends in the industry have left their pizza empires in Naples, Italy to teach at the Pizza University. Dubbed the “Master of Pizza Napoletana” by the Michelin Guide, Chef Enzo Coccia, author of The Neapolitan Pizza, a scientific guide on artisanal pizza-making and is a point of reference for Neapolitan handcrafted pizza. He taught a master class on the topic in March 2019.

Antonio Starita is a third-generation pizza-maker (who was selected as lead delegate called on by the Vatican to present pizza to Pope John Paul II) and owner of one of Naples’ oldest and most revered pizzerias. Starita taught a very successful “Wood-Fired Neapolitan and Fried Pizza” Certification Class at the Pizza University.

The Pizza University & Culinary Arts Center is proud to collaborate with its’ partners Marra Forni, Grande Cheese, Menu, and Ferrarelle in order to offer the best pizza experience possible. 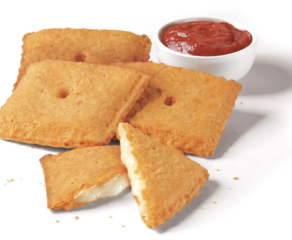 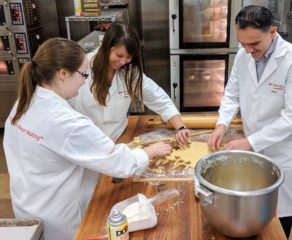 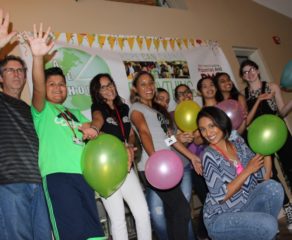 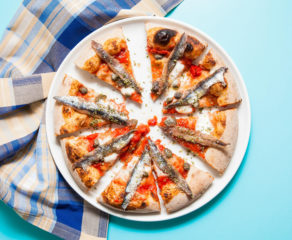 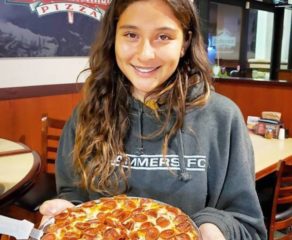 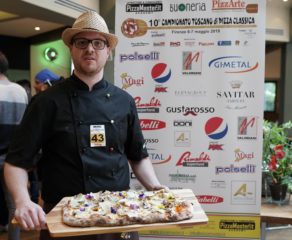