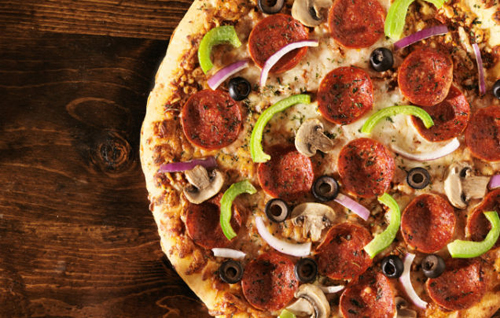 So the raters at Totally Arbitrary Rankings pick pineapple as the least favorite in a listing of the top-24 pizza toppings. We disagree, as pineapple and ham are the perfect double play combo on a yummy Hawaiian pie, but they're entitled to their opinion.

The rankings on kitchinette.jezebel.com say that all of the pizza toppings rated are assumed to be involved in a pizza with tomato sauce (New Haven-style is traditionally not made with tomato sauce, although it certainly can be). This is despite the fact, the author believes, that science has declared unequivocally that alternate sauces are objectively superior to tomato sauce on pizza. So without further ado, here is a petty, biased, and utterly arbitrary list of all the ranked pizza toppings the author didn't forget to include — a compilation that should nevertheless be taken as absolute gospel by everyone on the planet. That's according to this food writer who apparently never got the memo that pineapple is awesome. Warning: The writer not only is wrong about pineapple, but drops profane language into her ingredient descriptions.

Read about the best pizza toppings in the universe here if you're not offended by off-color words.