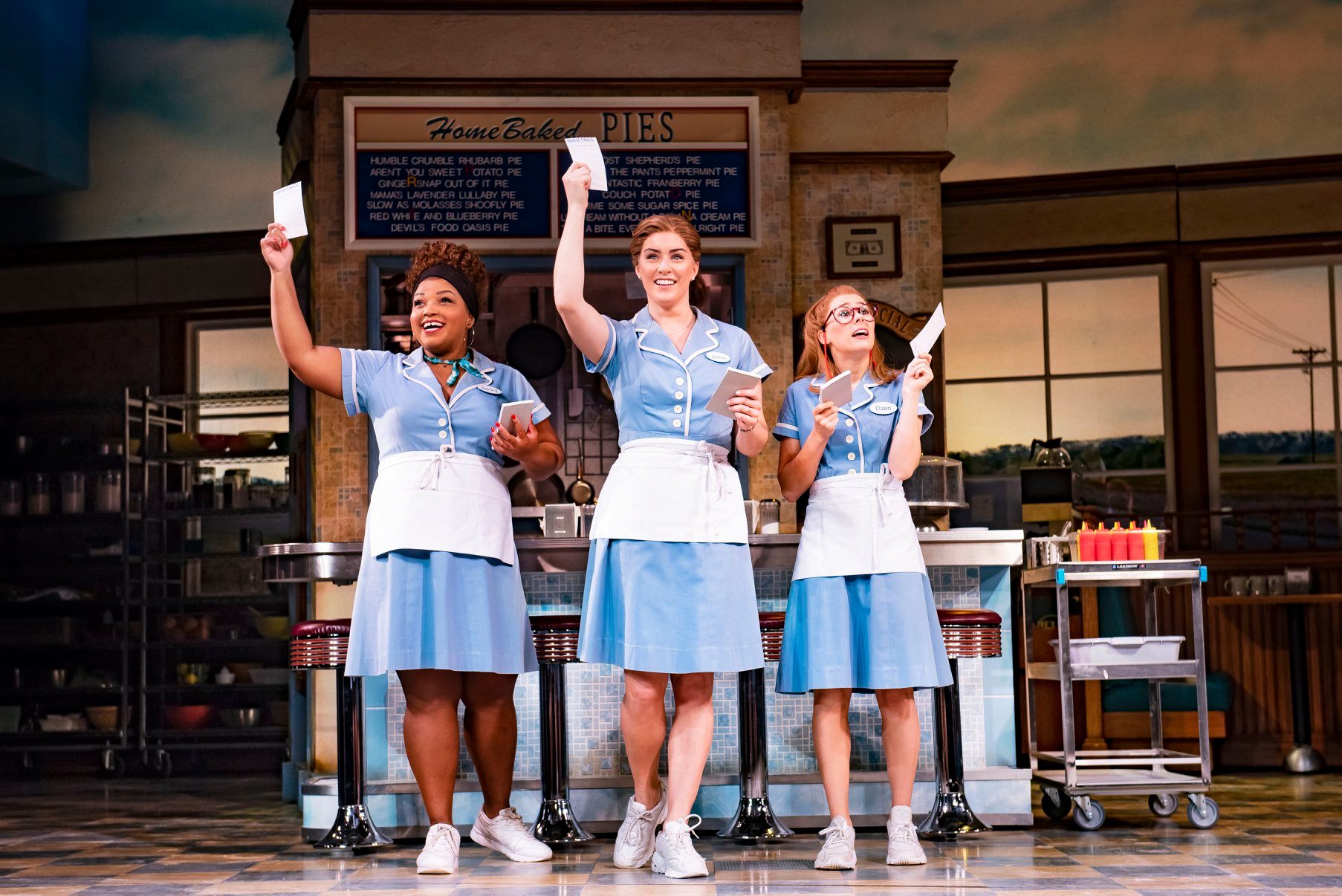 If the new waitresses looked oddly familiar to customers at a PizzaExpress location in the UK, it’s probably because they spend most of their time singing and dancing in a hit stage musical called—appropriately enough—”Waitress: The Musical.”

Some cast members of the play, including Marisha Wallace and Evie Hoskins (pictured above with lead actress Sara Bareilles), turned up for the re-opening of the 350-seat PizzaExpress store in The Strand: Trafalgar Square, where they performed numbers from the show. “We had so much fun surprising diners with some of the show’s most recognizable songs,” Wallace, who plays Becky, said in a post-event press release. “The look on everyone’s faces when we began was amazing—I’d love to do it all over again.”

The surprise performance grabbed headlines on media outlets across the UK and called attention to PizzaExpress’s 55th anniversary. And, of course, it also helped to hype the Tony Award-nominated musical, which opened almost a year ago at the Adelphi Theatre and features pop star/actress Sara Bareilles and Gavin Creel in the starring roles.

In addition to singing for the customers, the “Waitress” cast members joined seven PizzaExpress pizzaioli, who tossed dough to the music. The performers then headed outside to keep the show going on Trafalgar Square, much to the delight of passersby.

“Our show is all about the fun of baking and is jam-packed with songs, which are truly good enough to eat,” Wallace said. “Even though our special surprise performance at PizzaExpress was a one-off, we’re serving fully-baked performances down the road at the Adelphi Theatre until Saturday, 4 July, before touring the rest of the UK. So, if you missed out, why not enjoy a slice or two of the UK’s favorite pizza before heading down the road to see our show!”