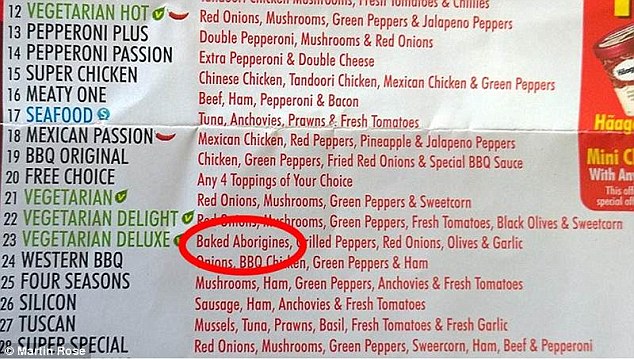 A takeout pizzeria in England recently offered customers one of the most unusual toppings PMQ Pizza News has come across — aborigines.

The fast food "takeaway," as takeout joints are called in the UK, has been forced to reprint its menu after it accidentally offered its customers aborigines as a pizza topping on its vegetarian option, reports the Daily Mail.

The British newspaper says the blunder happened due to a production error when somebody mistook aborigine for aubergine and unfortunately, thousands of flyers were distributed with the embarrassing typo to houses across Southend-on-Sea, Essex. The flyer offered customers the chance to buy a 19-inch pizza which they claimed was the largest on offer in town for £10,99. Following the embarrassing blunder, the shop has reprinted a new version of the menu with the correct spelling of aubergine – which, despite being a type of fruit, is commonly used as a vegetable.