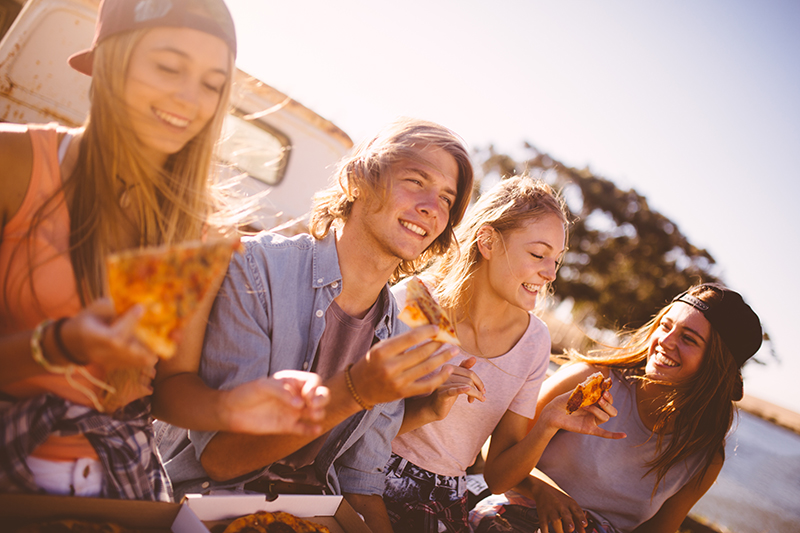 Think young Americans are crazy for pizza? Millennials in Great Britain may have them beat, according to a new survey by health insurer Aviva in its Health Check UK report.

According to the research, members of the UK’s younger generation order pizza-to-go up to 10 times a month. Nearly one in 10 eats at least one carryout or fast food meal every day, and pizza is easily their favorite dish. “The trend is being driven by the rise of delivery services by firms including Deliveroo, UberEATS and Amazon,” reports the Daily Mail.

Millennials—identified in the survey as people between 18 and 35—order carryout pizza twice as often as consumers age 55 and older, according to the report. The research also found that fulltime workers are more than twice as likely to order carryout food than those who don’t work.

The Daily Mail noted another trend that may be related to all of that carryout food. “The British have also followed the Americans in terms of an alarming rise in obesity, particularly among children,” the paper’s website reports. Roughly half of the population, or 48 percent, is overweight or obese, the Aviva data shows. “The higher frequency of takeaway consumption among younger adults and parents with  younger children reveals a worrying trend that may be contributing to the nation’s growing waistlines,” the report states.