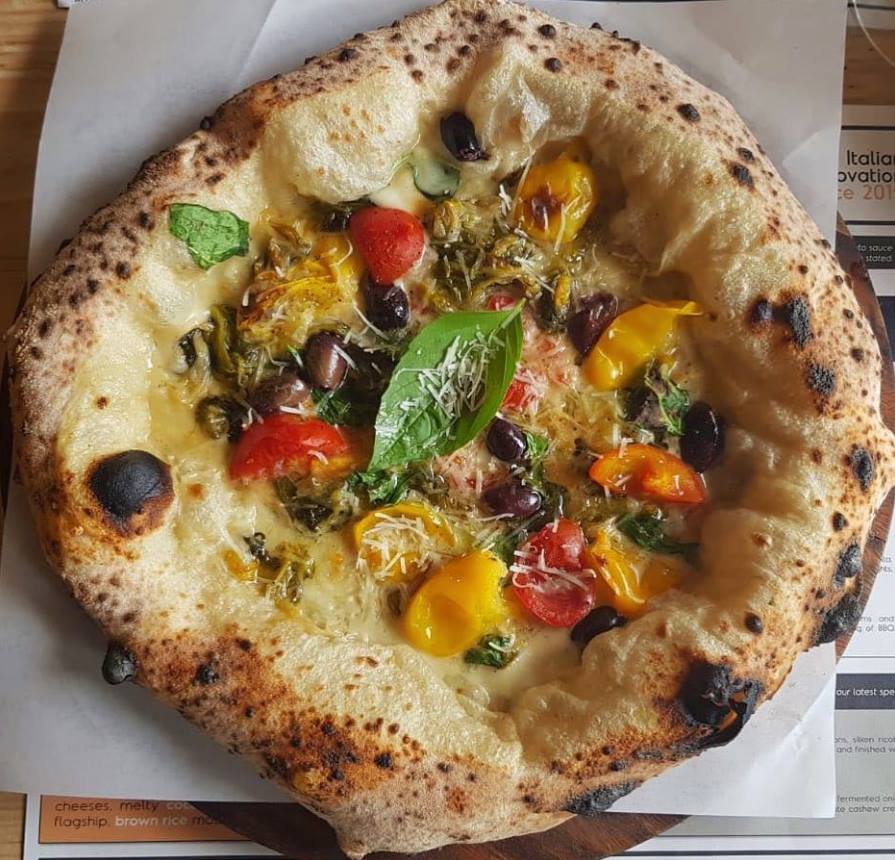 Vegan pizza is finally getting some respect in England, thanks to Purezza, a London and Brighton brand with an all-plant-based menu.

Purezza became the first vegan competitor to make it to the finals of the UK’s prestigious National Pizza Awards, according to Plant Based News. Purezza is one of 16 finalists in the contest, which is hosted by Casual Dining Magazine and takes place Wednesday, Oct. 3, at Islington Metal Works in London.

Founded in 2015, Purezza was the UK’s first vegan pizzeria, according to its website. It features all plant-based and cruelty-free ingredients, including a vegan mozzarella made out of Italian brown rice, which boasts half the calories and fat of dairy-based mozzarella.

Charlotte Mellor, editor of Casual Dining Magazine, said Purezza is satisfying a growing consumer hunger for vegan pizzas. “The increase in the number of people following a plant-based diet has led to a high demand for better-quality vegan products and a rise in establishments that cater to this market,” Mellor said. “Not only does Purezza represent this growth, but it’s also celebrated by its customers for simply making great pizza.”

The other 15 finalists and their signature-round pizzas are:

Baked and Battered and the Queen Margherita
Crust Bros. and the Cheeky Bro
Tre Ciccio and the Sud
Baked in Brick and the Blanco Poulet
Dough and Brew and the Geoffrey
Mare Street Market and the Luna Rossa
Pizza, Pots and Pints at Radcliffe Arms and the Pesky
Oakman Inns and the Napoli Forte
Gino D’Acampo My Restaurant Camden and the Real Neapolitan Pizza
Buongiorno e Buonasera and the Pizza Amatriciana
Bella Italia and the Pizza Montanara
Double Zero Pizzeria and the Vulcano
Santo Maluca and the Taza de Oro
Fountain & Ink and the Toscanella
Yard Sale Pizza and the Absolute Banger