The U.S. Pizza Team (USPT) held its Acrobatic Trials at the 2014 North America Pizza and Ice Cream Show (NAPICS) in Columbus, Ohio, last Monday. The team came away with three new members and a champion who will represent the United States at the World Pizza Championship in Parma, Italy this spring.

Events held at the trials included the Largest Dough Stretch, Fastest Pie Maker, Fastest Box Folder and the Freestyle Acrobatics. All who placed earned a spot on the U.S. Pizza Team, but only one was awarded the grand prize of an all-expense-paid trip to Italy.

Jamie Culliton of Grimaldi’s Pizza—which has more than 30 locations in the U.S.—beat out the fierce competition to emerge as the winner of the Freestyle Acrobatics category and earn a trip to the World Pizza Championship. Following closely in second place was Wilhelm Rodriguez of Papa’s Pizza in Cabo Rojo, Puerto Rico, while Dave Sommers of Mad Mushroom Pizza in West Lafayette, Indiana, took third place. 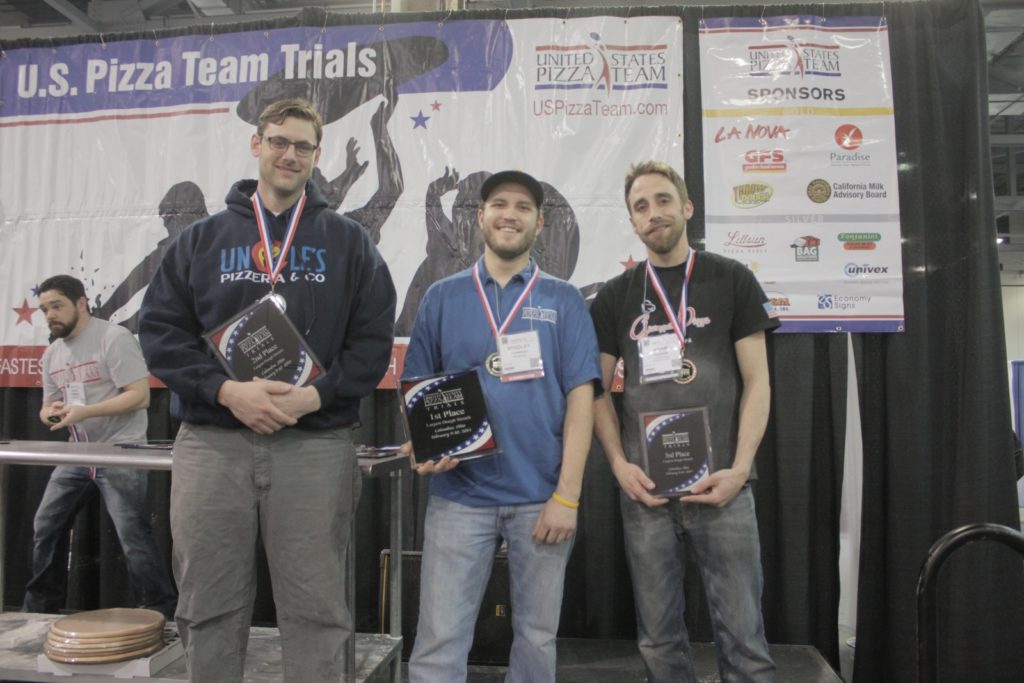 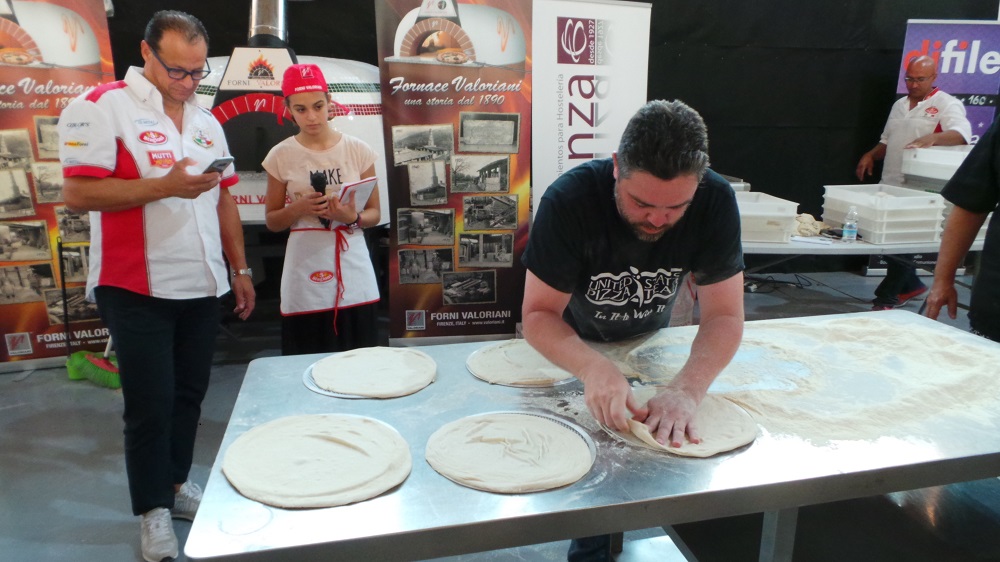 PMQ Pizza Magazine, the leading national trade publication for the pizza restaurant industry, created the U.S. Pizza Team in 2000. For more details about the USPT or the World Pizza Championships, visit http://www.USPizzaTeam.com,  worldpizzachampionship.com   or contact Brian Hernandez at brian@pmq.com or 662-234-5481, ext. 129.