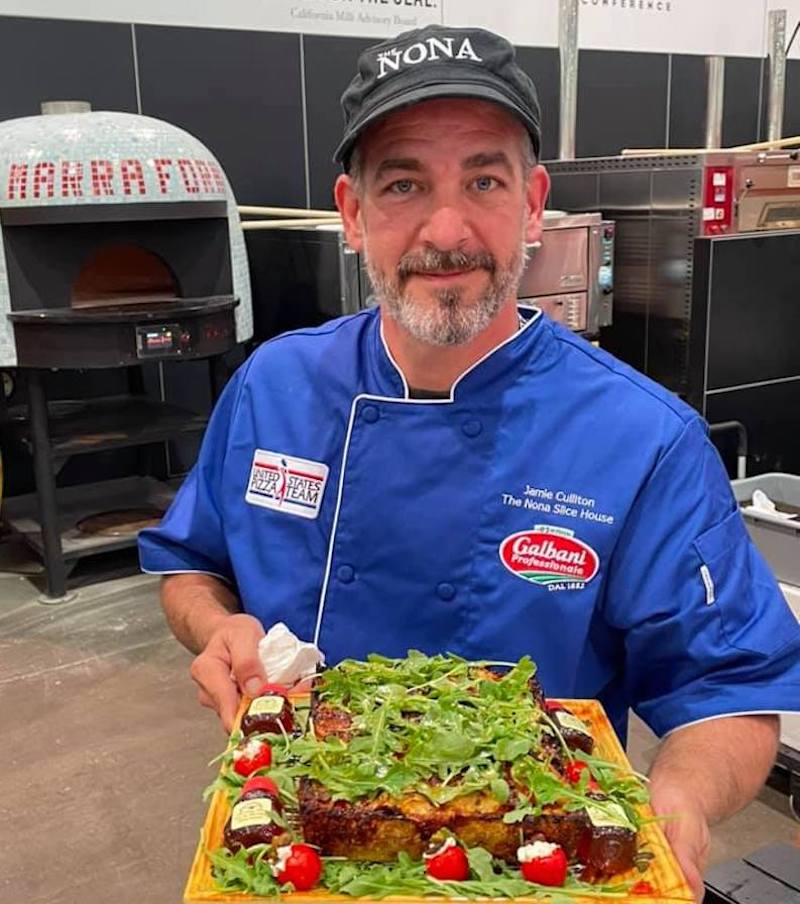 Related: Learn more about how to join the U.S. Pizza Team!

The world of live pizza competitions opened back up during the International Pizza Challenge (IPC) and World Pizza Games (WPG) at the 2021 Pizza Expo in Las Vegas last week. Members of the U.S. Pizza Team (USPT) stood at the ready with pizza dough in hand to fight for the title of best pizza in the world and best dough-spinning acrobat.

USPT members from across the country converged on the Las Vegas Convention Center to compete in categories ranging from Traditional and Non-Traditional Pizza in the culinary-focused IPC to Fastest Pie Maker, Largest Dough Stretch and Freestyle Acrobatics in the acrobatics-focused WPG.

“I’m so proud to be able to bring my team to compete at the IPC,” Culliton said. “I’m especially proud everyone placed so well and got to experience the pizza industry the way I have for 20 years. It’s the icing on the cake to be able to bring home the gold with my whole staff watching.”

Also in the IPC culinary competition, Giovanni Labbate of Billy Bricks Wood Fired Pizza in the Chicagoland area took 1st place for the Mid-America Region in the Traditional Division with his Pepperoni Pie showcasing a mix of mozzarellas, crushed tomatoes and savory cup-and-char pepperoni.

Other USPT members that placed in the culinary competition were:

For more information about award-winning USPT pizzas or the U.S. Pizza Team, contact Brian Hernandez at 662-234-5481 ext. 129 or brian@pmq.com or visit http://uspizzateam.com/.