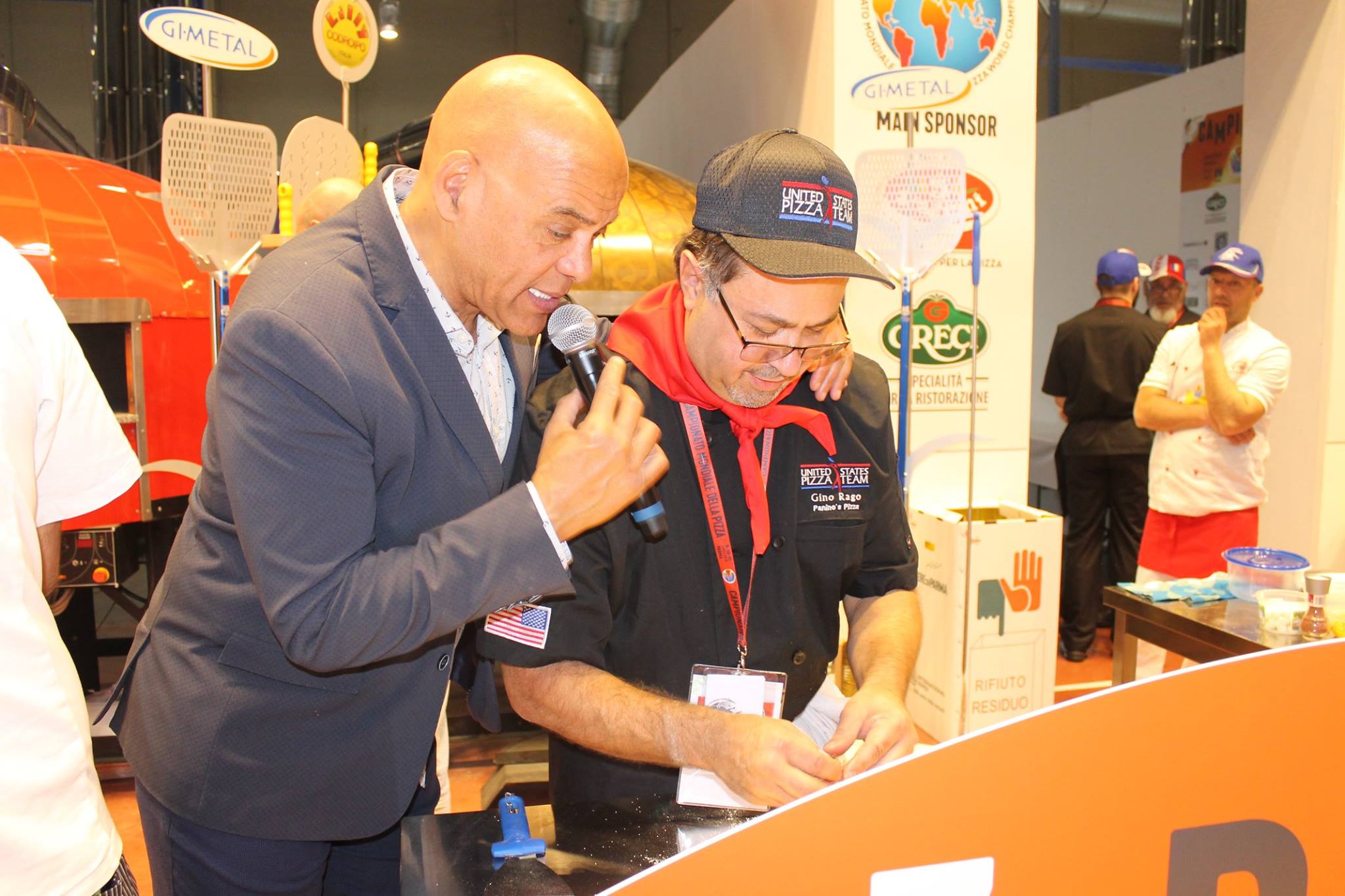 Gino Rago of Panino's at the World Pizza Championships

The U.S. Pizza Team (USPT) will host the Northeast U.S. Pizza Cup on Monday, August 26, at the Pizza University & Culinary Arts Center in Beltsville, Maryland. With the help of Marra Forni and the Pizza University, the USPT will seek out the best pizza-making talent to represent the United States at the European Pizza & Pasta Show in London, England, in November.

“This will be our seventh U.S. Pizza Cup,” said USPT director Brian Hernandez. “The level of competition goes up every year, and I can’t wait to see who we will take to London to represent the United States.”

Droves of the best pizzaioli from all over the country will compete in the Pizza Classica category. Working with high-heat ovens, these pizza chefs will try to bake the best pizza they can in 12 minutes using the ingredients and sauces of their choice. The only stipulations? They must keep their pie between 12” and 14” round and bake them on the oven stone. The grand prize is a trip to compete in the European Pizza Championship for international bragging rights.

Teams of pizzaioli compete annually in London at the European Pizza and Pasta Show for the coveted title of European Pizza Champion. Since its inauguration in 2016, the European Pizza Championship has evolved and grown in importance and influence across Europe and beyond. This ultimate pizza bake-off attracts 60-plus pizzaioli each year. Specially designed and equipped prep areas give equal opportunity to all contestants to showcase their unique talent and innovation in preparing and baking the world’s favorite food.

The 2018 European Pizza Championship hosted teams from all over the world, including the U.S., France, Germany, Italy, Hungary, Bulgaria, the UK, and others. Selected by a group of international leading chef-judges, the winning pizzaioli receive trophies as well as prizes in the form of pizza-making tools gifted by the sponsors. Winning the title of European Pizza Champion is the highest accolade for any pizza maker in Europe.

The U.S. Pizza Team competes all year-round in various culinary and acrobatic trials across the country. Winners of each trial in the U.S. win a trip to compete on the international stage in various competitions around the world.