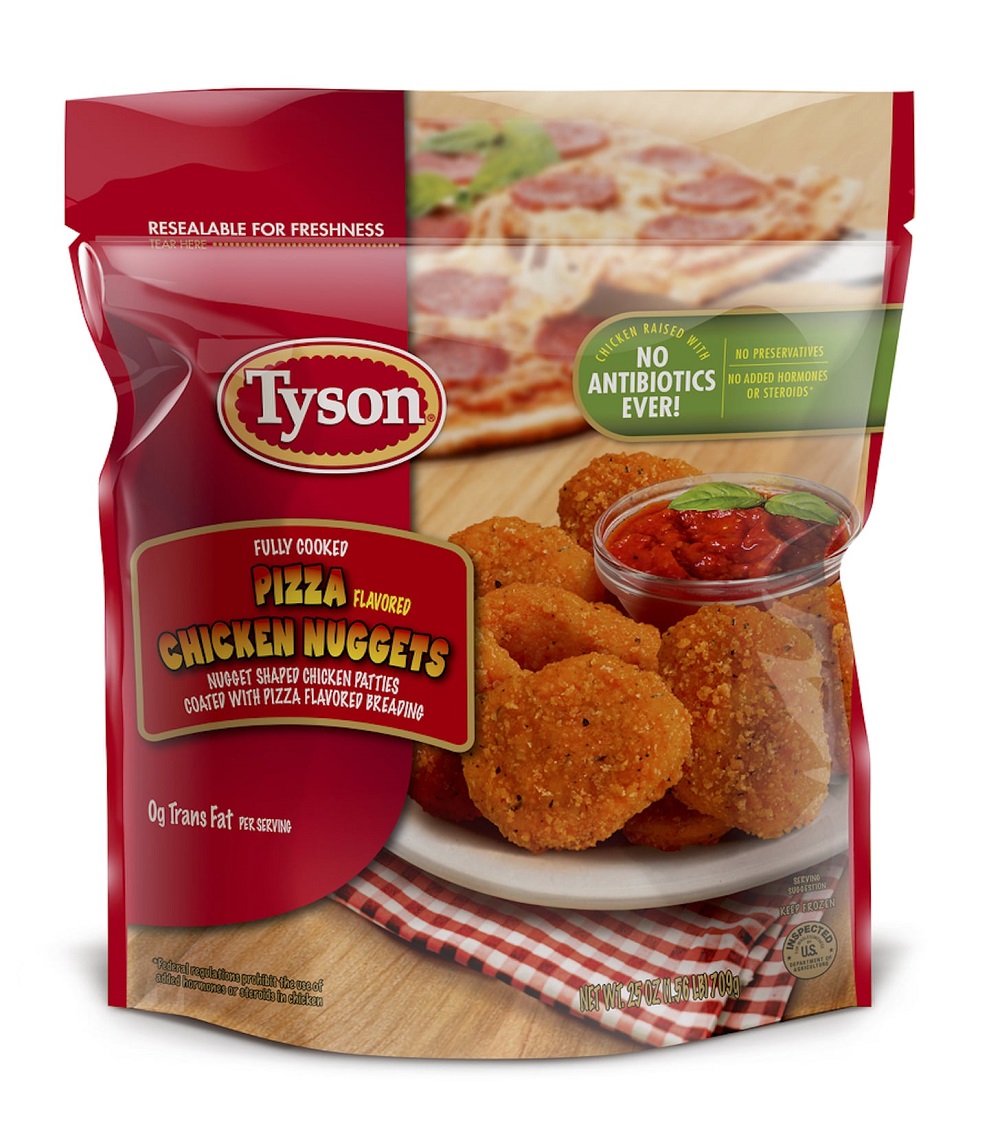 We may never know why the chicken really crossed the road, but if we could catch and cook the little squawker, it might just taste like pizza.

Food giant Tyson has created quite a flap with its new pizza-flavored chicken nuggets, available now in Meijer and HEB grocery stores but soon to go nationwide (according to Delish).

“I’ll be honest,” said Shanna Motl, Tyson’s lead research and development scientist on the project, in a company blog post. “When I first heard the idea of a Pizza Nugget, I was skeptical that we could make it work. But when we actually made the first couple batches, I couldn’t believe how good it was.”

The blog goes on to tell the story behind the innovation. Despite Motl's "kitchen wizardry" in the early stages of the product's development, the company says that “something was missing.”

“We were landing on a good pizza taste, but we knew that pizza isn’t just a flavor. It’s an experience—there’s the crunch of the crust, the softness of the cheese, and the aroma of herbs and garlic. If we could deliver the experience of pizza in the vehicle of our much-adored chicken nugget, we knew we’d have an unstoppable combination.”

They sprinkled in some mozzarella bits and added pepperoni dust to the breading “and played up the basil and garlic flavors. The result came together in a nugget that is simply delightful and unlike anything else on the market.”