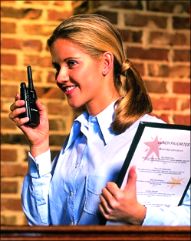 A customer left waiting to be seated can easily become a lost customer. Magill's Famous Pizza in Annandale, Virginia is a buffet-style restaurant known to serve as many as 2,000 people in a single day. Located just off a major interstate just outside the nation's capitol, they have found a niche in serving tour buses, student field trips and other tour groups who travel in large numbers. With the volume of customers they encounter, Magill's needed a way to communicate fast with hostesses, kitchen staff, cashiers, managers and those busing tables. They found a solution to help prevent customers from waiting and keep plenty of food on the buffet with their purchase of two-way radios.

Mike Magill, owner, said that before they purchased Motorola Spirit two-way radios (www.motorola.com/General/prodport.html#twoway) from Grainger's (www.grainger.com), the management and staff had to run back and forth to communicate with the 50+ employees in the restaurant. "Time is of the essence in a buffet-style pizzeria where food must constantly be cooking and the buffet replenished. We have around 9,000 square feet of restaurant here and can seat about 400. We have to act immediately in order to serve the large groups we get," says Mike. "Our internal communication system has improved drastically since making the change to two-way radios. Service has improved 25 percent. Now, we have a cost-effective solution to keep everyone connected and the restaurant running at just the right pace."

Here are a few examples of how two-way radios have benefited Magill's Famous Pizza. On one occasion the pizza ovens bogged down, just as two bus loads of tourists were unloading in the parking lot. A quick-thinking member of the kitchen staff radioed the problem to the manager who was greeting the hungry patrons. Armed with this information, the manager politely stalled the patrons until the kitchen staff got the ovens working and radioed the "go ahead" back to the manager. This prevented a hundred or so people from walking up to a half-stocked buffet line at the same time. The radios also work great for informing the kitchen of the moment customers pull into the parking lot. The kitchen gets advanced notice of a surge and can be ready for them. This is equally important for busing staff because they need to have sections of tables ready so that groups are not scattered across the restaurant. Mike says waitresses can be notified when large groups are coming and have glasses, silverware and other details ready for customers the moment they are seated.

Mike says that two-way radios have several features that helped persuade him to make the investment. First, there are no monthly service fees once they are purchased. Mike says that he has equipped all relevant areas of the restaurant with only eight radios, which cost around $160 per unit. Unless your restaurant is near the 9,000 square feet range, you can work with fewer radios. He says they are a reliable, easy-to-use way of communicating quickly and clearly with the staff.

Mike has several suggestions for those who may consider employing the use of two-way radios for their restaurants. He recommends equipping only the necessary people with radios and allowing only the ones who need to talk the ability to carry on conversation. Some people, such as the busing staff, can get by with just a speaker or listening station. He recommends that you do not get the headsets, but use small microphones (those covert-looking things like you see the Secret Service using), which are relatively inexpensive. Too many people with microphones can lead to unnecessary chatter, which can result in the staff missing an important message. He also recommends using ear-buds (more of that C.I.A. stuff) so that all conversations are kept private. Ear-buds are those small headphones that tuck into your ear like a hearing aid. This is because some things do not need to be heard by customers. Maintaining a pleasing ambiance is an important factor in customer satisfaction and having the inner workings of running the restaurant being telecast across the room is one that may leave an undesirable impression with your patrons. Make sure that the radios you purchase have the same wavelength so they can communicate with each other. Mike also suggests that you buy an extra battery or two and use the stand-in recharging racks instead of individual charging cords, which require several electrical outlets and can get lost. The most important thing he reminds you is to buy quality radios. Radios are dropped, slammed and banged around and buying cheap versions will only result in purchasing additional units, which will cost you more in the long run. Questions to

Mike can be emailed to mikemagill@pmq.com.

Rodney Willhite, who works for Integrated Communications, Inc. (662-563-9565, www.iciwireless.com), suggests that pizza operators who want to purchase two-way radios to use in their restaurants check out several models and their features before making a decision on which one they want to buy. He said many basic units have a battery life of around four hours and this may be a problem in operations running eight hour shifts. He recommends 2-watt units that have a range of about two miles. Here are some price ranges from Integrated Communications for accessories and radios. These figures are estimates and will probably vary depending on your location.


*These units can handle military abuse specs and have a wider range of broadcasting. PMQ 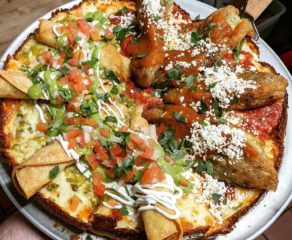 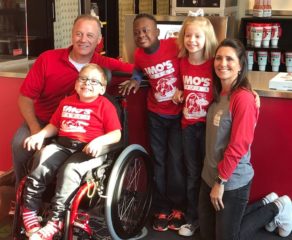 St. Louis-Style Pizza Gets a Meat-Free Makeover at Imo’s 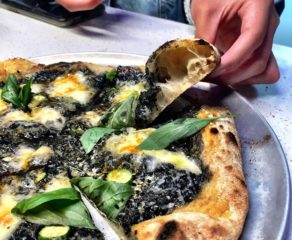 Think Small’s: This Pizzeria in Singapore Only Seats Four People 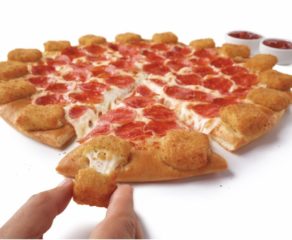 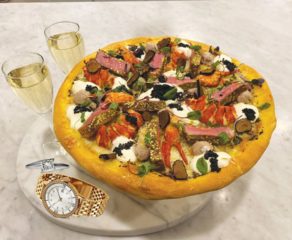 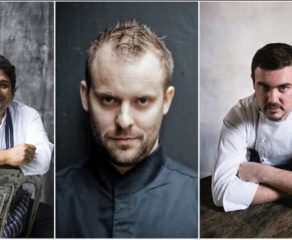